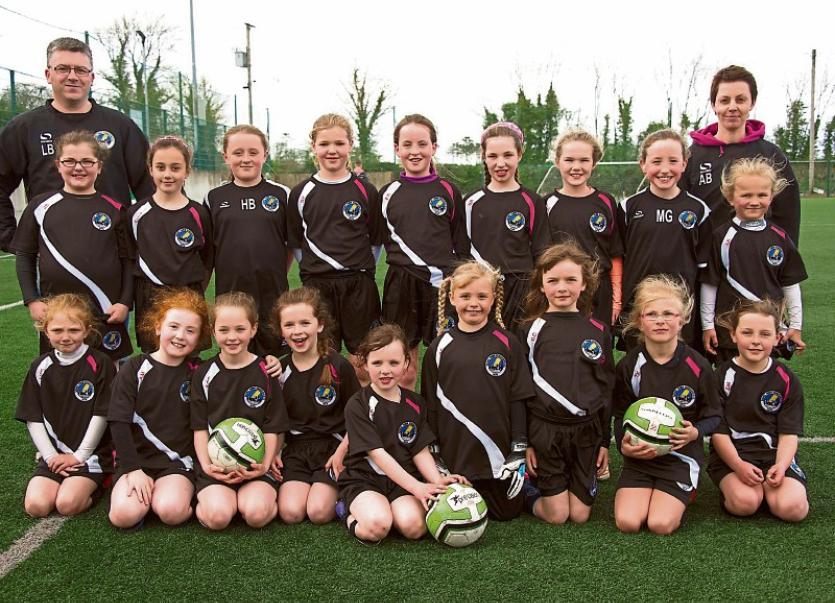 In 2011 the Tipperary Schoolboys League expanded to encompass schoolgirl’s soccer when it became obvious that greater numbers of young girls wanted to enjoy playing competitive football in the county.

Recently at Newhill the league celebrated the biggest event in its short history when almost 500 girls between the ages of six and sixteen turned up to enjoy the first Cup weekend festival. This was a new departure as usually the Cups and Shields are played for as part of the regular season, but as so many games had already been lost over the Winter due to bad weather, playing the games off over a course of the Bank Holiday weekend both made the fixtures possible and also allowed players, parents and supporters to all be in the same place at the same time, to get a flavour of both how large the league has become and how high the standards have been raised in such a short time, something that is a credit both to players and coaches across the various teams. In all ten different clubs participated over the weekend, and with some clubs having multiple teams at different age groups, it meant that overall almost 35 different teams took to the pitches over the two days.

As well as the competitive Cups and Shields that were taking place in Newhill at the weekend, Monday also saw the future of the girls leagues take to the pitch when seven u10 teams also joined in the fun. There were two teams from Cashel and Killenaule, along with teams from Kilbehenny, Tipperary Town and Cahir Park as almost another 80 players from 6-9 years of age battled it out in the sun. Given what was on display by all the teams there is no doubt that the future of the leagues success is being sown at the moment and that future is looking increasingly bright.