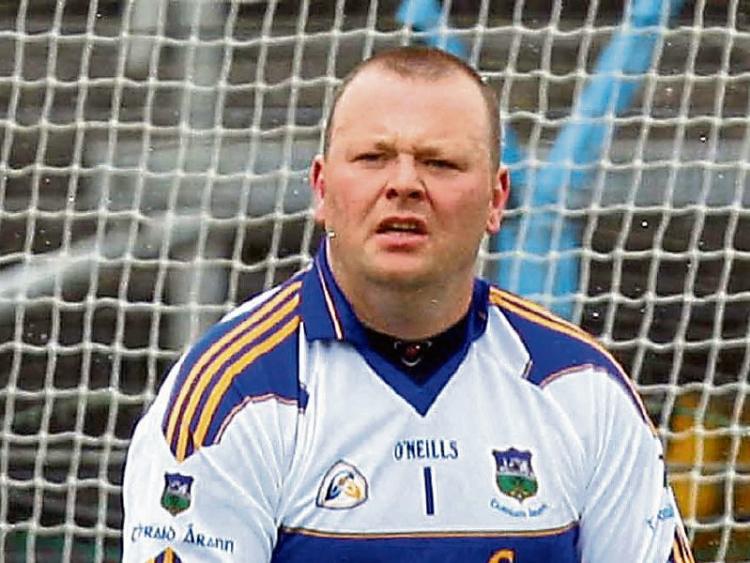 For many years the reassuring last line of defence for Tipperary senior footballers, Paul Fitzgerald, is now very much part of the county management team as Tipp prepare for a David v Goliath Munster semi-final clash with Cork at Semple Stadium on Sunday.

The long-serving goalkeeper who held the county’s No. 1 jersey from his championship debut against Kerry in 2005 up to the time of his retirement from inter-county football in 2014, is a selector in Liam Kearns’ management team. Indeed, Paul’s league debut goes back even further to 2003, a game he recalls coming face to face with Mattie Forde for the first time, on a day when the Wexford man destroyed Tipperary in Wexford Park.

Paul, who incidentally will line out between the sticks for Fethard in this year’s club championship for the 22nd consecutive year, brings a wealth of knowledge and experience to the Tipperary backroom staff.

From the time he first broke into the county senior football side, Paul has served under six senior managers. He made his debut during the reign of Tom McGlinchey (currently the Waterford senior boss) followed by spells under Andy Shorthall, Seamus McCarthy, John Owens, John Evans and finally Peter Creedon. However, during all that time ‘Lady Luck’ deserted Tipperary in championship fare, Paul having to wait until his final season 2014, when the county broke an 11-year duck in defeating Limerick in the Gaelic Grounds.

Briefly reflecting back over his own playing career, the now 38 year-old, did enjoy some notable success with Fethard winning two county senior medals in 1997 and again in 2001.

“We had good teams back then,” he said, “with players like Brian Burke, Willie O’Meara, Tommy Sheehan. We lost two Munster finals; we lost to a very good Castlehaven side in 1997 and then I felt we were unlucky to lose out to Nemo Rangers in 2001, we probably should have won that game,” disappointingly recalling a close shave against the All-Ireland club kingpins.

Interestingly Paul thought “the club championship in Tipperary was stronger back then. Fethard, Moyle Rovers and Commercials were all in and around the Munster Club finals for a good few years. Rovers were unlucky, Fethard were unlucky and Commercials were unlucky also. Browne (Declan) was the difference for many years between the three clubs. At the time there wasn’t much between the clubs but he probably was the difference.”

Remarking on Fethard’s present fortunes - the club with the most senior titles in Tipperary - now playing at intermediate grade. “Yeah, we lost a county final in 2007 as well, and after that a few lads moved away, a few retired. It will take a while to get it back but we will get it back, every club probably goes through that,” soft words of encouragement indeed to all ‘Blues’ supporters wishing for a return to past glories.

Paul, who works for Robert A. Merry’s in Clonmel, became involved as a selector this year after receiving a phone call from Liam Kearns shortly after his appointment to the position as Tipperary senior football manager.

“He rang me one day and asked would I be interested in getting involved as a selector. He was anxious to get young guys involved, guys who would be able to do a bit of coaching as well. He is very much a manager who likes involvement, he feels the days of selectors standing around with their hands in their pockets are gone. Liam likes guys to be actively involved in the coaching sessions as well. He struck me as a good experienced manager who knew what he was at, very experienced in that he gets the balance right, he is very much the boss but is able to delegate out between strength and conditioning, video, coaching at training sessions. I enjoy the coaching side of things. I don’t know if I would ever be interested in management, but I am definitely enjoying being a selector and being involved in the training sessions,” he added.

“Overall we did well to stay in Division 3. We were still in the hunt for promotion and relegation into the last day. We drew three games and showed a bit of steel amongst the lads to get results. Games like those in the past might have went the other way and we would have lost them. But overall we were happy enough. There were a few disappointing results and a few disappointing performances along the way but overall to stay in Division 3 was good. The boys did well,” he added.

On the loss of some star players from the panel....

“Yes, there has been a lot of talk about it but it probably has more to do with the fact of the quality of players we lost rather than the number of players. I think it is important to state also how well the lads who came in have done, the likes of Martin Dunne, Alan Moloney, Colm O’Shaughnessy, Jimmy Feehan. These guys who have come back in have done brilliantly. There is no way we would have stayed up without those guys either. The boys who came in have done really really well and kept our place in Division 3 which is very important.”

On the quarter-final game against Waterford, Paul weighed it up ....

“There’s a massive improvement needed going in to a semi-final against Cork but I think in patches, possessionwise, we were good against Waterford. We were trying to do the right things, a few things didn’t come off. The players probably just did enough to get over them.

We were lucky in the early stages of the second half where Paul Whyte missed a few key frees which he wouldn’t normally do but he kicked one of the best frees I’ve ever seen in championship at the end of the first half. But after the missed frees you could see the energy levels of the Waterford players dropping and we took advantage of that and when we went five or six points up we never looked like getting beaten either.

But there is a massive improvement needed in the pace we move the ball, the areas in which we try to work scores will have to improve, we were very much down the centre against Waterford.

“In fairness to us Waterford were set up very defensively. It’s hard to play against that. If you look at Mikey (Quinlivan) inside, there were sometimes, two, three and four players around him when he got possession. But you could put the spin on it then that in the first half we scored eight points and they were all from play. If a team is set up defensively and your forwards haven’t the space it’s hard to break it down, but if guys from midfield and the half-back line are chipping in with points that’s okay.”

Moving on to Sunday’s opponents and the huge challenge Tipperary face against Cork:

“Cork are still probably in the top six in the country. I know they were relegated but they have a lot of young guys coming in off the under 21 team now, similar to where Tipp probably were last year and the year before. They have eight of them coming into their squad. That will boost them. That gives them a freshness that we will have to be wary of that we mightn’t know these key players as well as previous teams.

“And they also have top experienced players to mix in, experienced championship players. But we will look at a few videos of them. They’ve had a tough enough league and they’ve had a few injuries as well, but Cork on their day are a serious obstacle, a serious side, for us to try and overcome.

“We will try and do our homework on Cork but obviously they will be doing theirs on us. I am sure they were in the stand in Dungarvan last Sunday week watching but they won’t be taking us for granted either. Kerrigan is a key player for them, Goulding, Paddy Kelly, all those experienced players surrounded by that youth. These guys will be told to go out and express themselves and that’s very hard to play against. And these guys have All-Ireland medals in their pockets so you can’t be writing them off just yet.

“First thing that we need is a massive improvement from the last day. To try and get belief. Belief is a big thing which is not easy when you are very much the underdog. In many ways it is an advantage to be going into the game under the radar a small bit. Most people will be expecting Cork to beat us. But to try and get that belief among the players, the management and even the football supporters that it is possible.

“The main thing for us as a management team is to try and get the best out of the players and for the players to try and get a performance to a level that will have us in the game with 10 or 15 minutes to go and then you can really see where you are at. But we have to put in a massive, massive performance to try and get over Cork on Sunday. We also need a decent start definitely but you need to be in that position with 10 or 15 minutes to go where you are in the game and the belief that you can go on and do it.” he concluded.