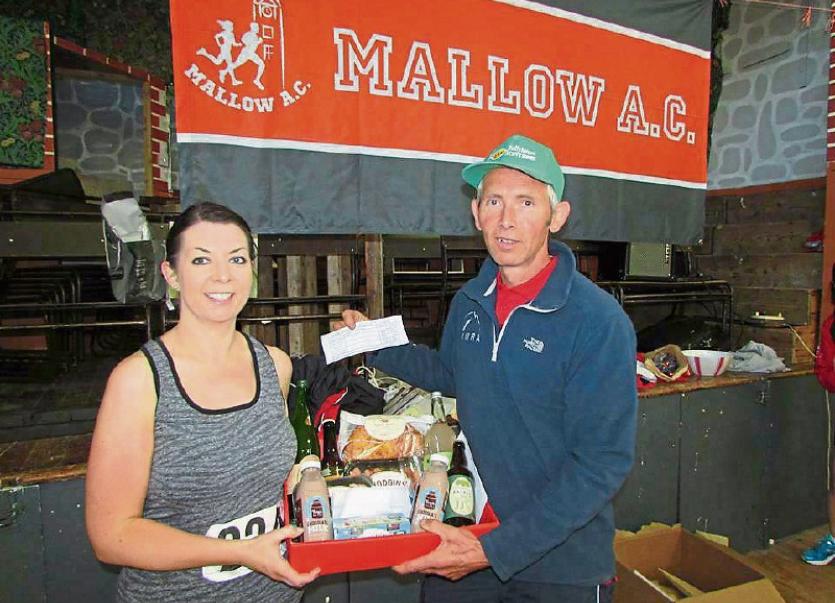 The Ballyhoura Active series is back we had our first run yesterday in Rathcoole in co Cork.

The run was organised and coordinated by Duhallow AC and profits from the run will go to the local school. We had great support locally with over 120 people turning out to run this lovely 5km route.The race was won in 17.34 by John Barrett from Guinnigalla AC, Conditions were perfect for running and there was a great spread afterwards in the GAA club house loads of tea and sandwiches and plenty of chat.

We handed out the first of our Hats/Buffs and baseball caps and there was great demand for them, the lady’s favourite seems to be the Beanie hats. We also had our taste of Ballyhoura Hampers generously sponsored by our local producers as it turned out we had so much we made two hampers so a big thank you to our local food producers. Hodgin’s Sausages, Clotilde’s Compôte, Horgan’s Delicatessen Supplies, Ballyhoura Apple Farm,8 Degrees Brewing, Temple Dairy, JJs Craft Brewing and Wild Orchard smoothies.

We have a big gap of a month until the Mooreabbey Milers AC 5mile on the 13th of May so just keep in mind that the first 50 to sign up on the night will receive either a Beanie hat a Baseball cap or a Buff. We also intend to have a Hamper at each race and a few more surprises.

In the meantime there are plenty of events on over the next few weeks, Mallow AC have their 10 Mile road race next Sunday the 20th in Mallow. This is a major event and over 1000 runners will turn out to take on this challenge.