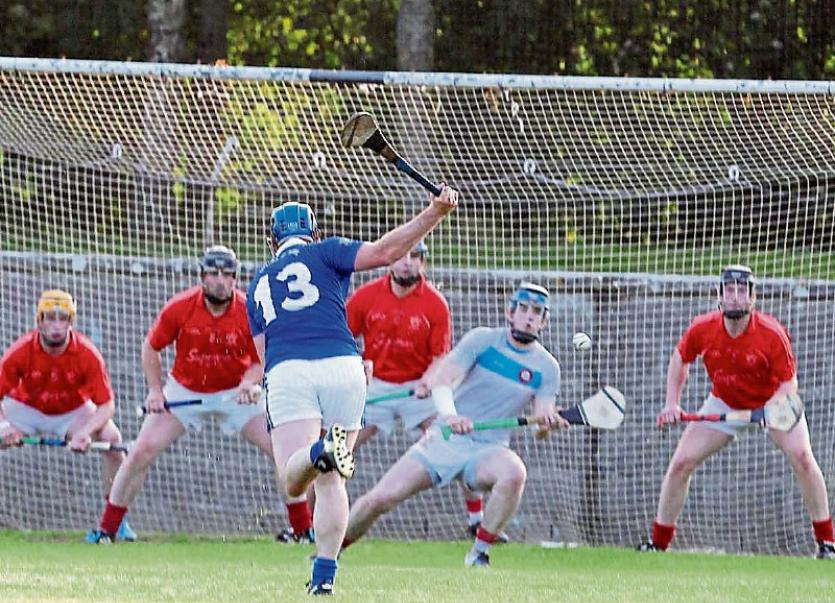 An interesting weekend just past on the domestic and provincial hurling fronts gives way to a weekend of hope for Tipperary's footballers as The Rebels bid to come to Thurles and reverse the outcome of the hurling clash between the counties a few weeks ago.

Yes the sunshine brought a real championship feel, but, despite it being just the start of summer, it's the end of the road for Nenagh Eire Og – last years county senior hurling finalists following their defeat at the hands of Templederry in the North championship. A late Adrian Ryan goal sealed the deal for the victors but in reality they led for most the game and were deserving winners.

It's a big comedown for the Nenagh lads but they will point to injuries and games not going their way as being their downfall. The big challenge now is for them to come back fighting hard in 2017 – but, that's a long way away.

Templederry must win the North to stay in the county mix and there will be a few cracking games in this championship before any silverware is handed out. Roscrea overcame Lorrha Dorrha after the game took on a very different hue in the second half. All of the good work displayed by Lorrha dissipated as Roscrea rallied and won very convincingly after the turnaround.

The North quarter finals now feature Borris-Ileigh against Kilruane MacDonagh; Templederry vs Roscrea; Burgess vs Borrisokane and Kildangan vs the winners for Portroe and Ballina - a few very interesting ties there with Kildangan tipped to retain the silverware.

In the south, Killenaule, with the help of Tipperary selector and veteran Declan Fanning, overcame a game Ballingarry to march on. Kieran Bergin had a big game in that outing and is certainly laying down a marker – he is telling the Tipp selectors that he is still around and pushing for a place in the team.

In the mid, the mouthwatering clash of Upperchurch Drombane and Loughmore Castleiney was postponed as a mark of respect to the late Tess McGrath, grandmother of a host of players from both clubs ( McGrath's and Shortts). This game will go back a few weeks and will likely feature on the weekend as the next divisional rounds at the end of the month.

Drom-Inch, as expected, had few problems against Moyne Templetuohy in their clash and will now await Sarsfields in another eagerly anticipated game. Drom-Inch are moving well and seem to have found their rhythm again – the next outing will tell a lot about their prospects on the county front.

Waterford are now genuine contenders for the All-Ireland Final – so say Michael Duignan, Cyril Farrell and a host of other commentators, following their win over Clare on Sunday in Semple Stadium. But, have they taken into account how bad Clare were on the day? – had the Bannermen taken their chances, they would have been well clear of Derek McGraths charges. Granted, Waterford were impressive and didn't allow Clare to hurl, but provincial, let alone national, coronation is well premature at this stage. As the championship progresses, Waterford will find other teams – starting hopefully with Tipperary – devising means of overcoming their style of play. It's fair to say that The Deise are no longer strapped to one method of play, but their men-behind-the-ball routine is still their main ruse. Reports from a recent tournament in Waterford of the sweeper tactic being used at u-10 level, indicates how much masse is being put on this form of hurling. It's a serious statement of intent from a county with a pretty serious set of hurlers. They'll take beating alright, but Tipp did it in last years Munsters Final and will have a right go at doing the same again in this years tie...... if, that is, they get to rumble with them.

Tipperary know what they must do on Sunday in Semple Stadium if they are to beat visitors Cork in the Munster semi-final. Last years corresponding fixture against Kerry brought almost 16,000 to the stadium, and while there is perhaps less positivity about the footballers prospects this time round, considering the number of absentees for a variety of reasons, this could be the time for Tipp to lay down a very serious marker. They almost caught Cork two seasons ago in Pairc Ui Chaoimh and there would be a general feeling that Tipp will beat Cork quicker than they would beat Kerry. If that be so, let Sunday be the day.

But, if they are to do it, they must step up in tempo from the Waterford outing ... and step up by about 30% too. Whether that is in the team remains to be seen.

Often in the GAA there tends to be almost 100% focus on the male species, especially in times past. But, without ladies like the late Tess McGrath (Loughmore Castleiney) who died last week, the GAA would not, and could not, function. The number of jersies she washed, games she attended, functions she helped out at, cannot be quantified. Nor can her contribution to the social fabric of her community with the GAA at its very heart. Her passing certainly marks the end of an era in Loughmore Castleiney, but she leaves behind a remarkable legacy – the McGrath name is very much right, left and centre in the club and parish. That she was to have had nine grandsons playing in the postponed Loughmore Castleiney vs Upperchurch Drombane game on Saturday evening says enough. Sympathy to the bereaved on the passing of one of the Associations great unsung heroes – a Sean Gael Award winner from a few years ago.