A Trip to Tipp for Feile na nGael 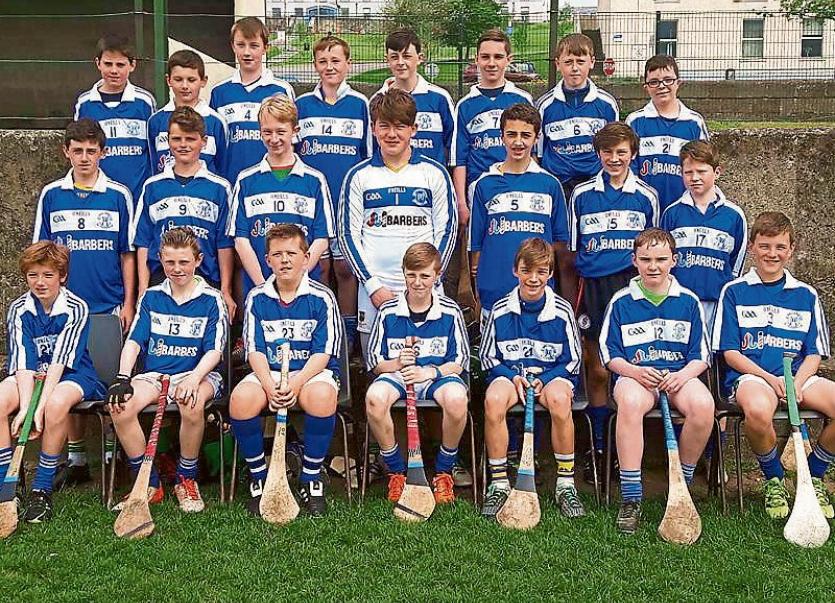 Tipperary join forces with Waterford this weekend to host the National Feile na nGael, a feast of hurling at under 14 level.

Sixty local clubs will host visting clubs from across the country in an event that always produces brilliant hurling and also forges lifetime friendships.

Pictured is the St Mary's Clonmel team taking part in the hurling competition.

During the past months numerous meetings of the organising committee have taken place to ensure that all goes well.

Former senior board chairman Donal Shanahan is the chairman of the committee with Patrica Walsh from Waterford as secretary. Tipperary has a very strong allegiance to this festival of hurling as it was the brain child of Seamus O Riain, Tómas O Bearoid and Eamon De Stafford.

These three greats minds got together way back in 1970 which resulted with the birth of Féile na Gael in 1971.

For over three and half decades and after hundreds of games, the Féile concept is truly embedded in the annual GAA calendar.

Tipperary have hosted the Féile on three occasions but this host with Waterford as it's going to be the biggest ever with some sixty visting teams along with another sixty between the two hosting counties.

It's a mammoth task but both counties have put in a huge effort so the 2016 event will be a memorable one. The games commence on Friday evening, continue on Saturday and conclude on Saturday with the finals. There are ten different grades with a shield and cup final from each grade. So for the hurling enthusiast it's a weekend not to be missed.

Durlas Og hold the distinction of being the only Tipperary club to have been victorious outright in the A competition in 1990.

The new format with ten groupings afford some weaker participants to get immersed in this great festival of hurling and come away with an accolade of their achievement.

It's only correct that all the different levels of skill get a chance to shine on a big stage. It fosters and promotes one of the greatest games on earth.

Many young stars will be born out of this year's games and every county go away each year with great expectation for future teams.

There will be a great festival atmosphere throughout both Tipperary and Waterford as all the hosting clubs will be, either singly or jointly putting something together in honour of their visitors. There will be a vast collection of colour with all participants proudly displaying their respective flags/jerseys .

The GAA fraternity very rarely get the recognition for the effort put in both from the powers that be, regarding the economic benefit to the country and the social and human welfare of our young boys and& girls. All over the country great volunteerism comes to the fore week in, week out as young boys and girls are being supervised and coached in the ethos of participation, comradeship and respect .

The GAA also contributes greatly to the economy of our nation and for the duration of the Féile every accommodation place in the county is booked out such is the huge volume of visitors to the Premier county.

The economic back spin is enormous and it's only right that the GAA should receive recognition for the huge role it plays in our society.

All involved in Tipperary GAA warmly welcome both the participants and visitors and hope they enjoy their time in our midst.