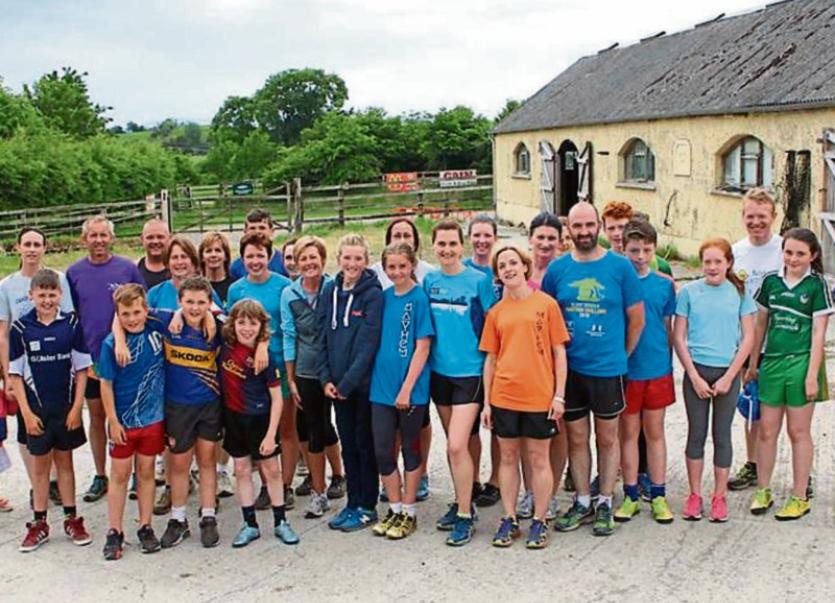 It has been a week of madness and mayhem for the Tipperary athletic club Mooreabbey Milers. Club members have been out in droves to take part in events on and off the road.

Team building was to the fore last Thursday night as the club took a break from training in Galbally for a more adventurous training session. A large group of seniors and juveniles enjoyed the mud and madness of the Mayhem adventure course in Cahir county Tipperary. Some stuck with the 5k course and others went around a second time. A great evening was had by all who attended.

A large group from the club supported the Circle of Friends 5k Fun Run in Tipperary Town last Sunday 12th. This organisation gives invaluable support to those in the community who are battling cancer. Well done to Tom Blackburn who won the race and to Ewan Cunningham who was the first junior. There were a lot of good times recorded by our runners. Well done to all who took part.

Stuart Moloney and Kieran Lees recently ran in the fiercely competitive John Buckley Sports 5k in Cork city. Stuart finished in fourth place out of a staggering 895 runners. He recorded an excellent time of 15.24. Kieran crossed the line in 35th place, breaking the 17 minutes to record 16.54 for this 5k. Well done to both.

Registration and preparations are going well for the Cahir Downhill Half Marathon. The €40 entry fee includes registration, technical t-shirt, goody bag, 2 course meal, physios and showers. Log onto itsyourrace.com to register. 50% of profits go to iCAN, the remainder goes directly back into our club development.

Training continues every Tuesday and Thursday in the community field, Galbally at 7 pm. All are welcome.