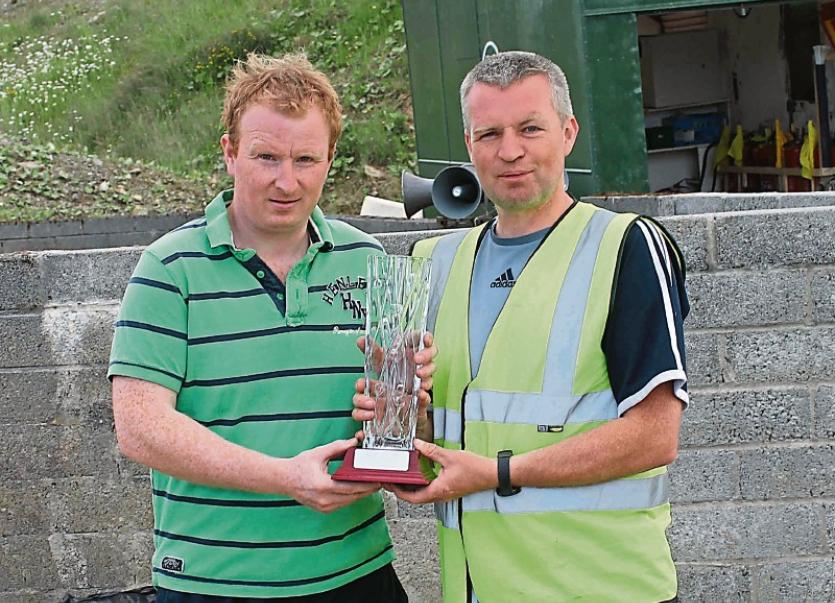 Driving a Mitsubishi Evo, he had to do it the hard way, coming from behind on the final run to beat Monaghan’s Derek Mackeral who set fastest times on the opening two runs.

A strong entry of 51 competitors had gathered at Harrington’s Quarry near Ireland West Airport for the second of four autocross events to be held this year. O’Connell pulled out all the stops on his final 5km run to stop the clock at 04:01.09 and move into the lead. Mackeral suffered mechanical trouble on his final run and it handed the victory to the Cashel man.

Speaking after the event, O’Connell thanked Mayo & District Motorsport Club for hosting such a competitive event, he praised the track and the work of the voluntary marshals while promising to return after regaining the sweet taste of victory and enjoying the Mayo hospitality. Derek Mackarel, despite his third place finish was very happy with his times, knowing that elusive overall Mayo autocross victory is within his grasp.