Tipperary u-14 girls into another All Ireland final 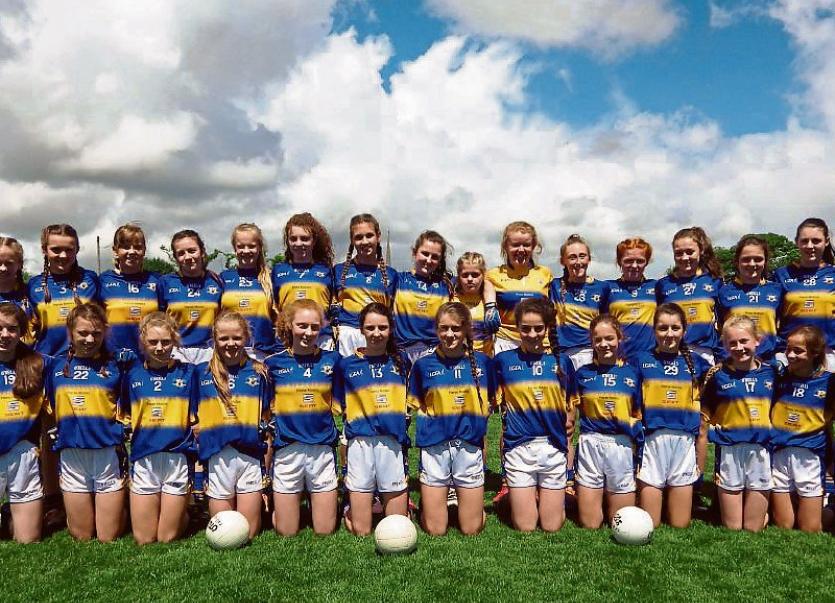 Tipperary qualified for a second successive Under 14 'B’ All Ireland final following their defeat of Roscommon in Birr on Sunday.

Tipperary had enjoyed a comfortable victory over Limerick in the Munster final and were favourites for this encounter.

Despite enjoying the better possession in the opening stages, Tipp were largely contained by a packed Roscommon defence and scores came from frees in the early stages.

With fifteen minutes played Tipperary were only three points up on the Roscommon girls, two pointed frees from Aisling Ryan and a nice point from play by Leah Clancy.

The Tipp defence were on top where Cathy Hogan, Carrie Davey and Ellen Moore were doing well.

In the 16th minute Tipp's flying Ava Fennessy was hit with a harsh sin binning for what was deemed an over robust challenge.

Despite being down a player, Tipp continued to press forward and were rewarded with a fine Caitlin Kennedy point from play and a pointed free from Aisling Ryan in injury time.

Roscommon’s only score of the half was a pointed free by Kayleigh Shine.

Ava Fennessy rejoined the play on the stroke of half time when Tipp led 0-5 to 0-1.

Roscommon opened the scoring in the second half with a pointed free but Tipp’s Caitlin Kennedy goaled some minutes later to put Tipp in the driving seat.

The teams exchanged points in the 14th and 16th minutes with the Tipp score from Caoimhe Mulcahy who had looked lively since coming on at half time.

Roscommon were thrown a lifeline with a goal from midfielder Michaela Keogh after the ball rebounded kindly to her off the Tipp crossbar.

This goal gave the momentum to Roscommon who now seemed to grow in confidence putting increasing pressure on the Tipp defence for the next few minutes. Tipperary had being living dangerously for some time. Roscommon had another pointed free and when referee Kevin Phelan awarded Tipp a penalty in the 29th minute the Tipp supporters breathed a sigh of relief. The Roscommon keeper made a fine save and again Roscommon attacked. When another Roscommon goal looked on, up popped Tipp’s center forward Ava Fennesy in her own defence to make a wonderful interception. Tipp’s free taker Aisling Ryan and her Roscommon counterpart traded two pointed frees apiece. The final play saw Tipp’s Ava Fennessy score a fine individual goal on the stroke of full time.

Tipp had survived a spirited Roscommon fightback and will now meet Meath in the final in a few weeks time.

The under 16 ladies will be in competitive action on July 13 in this year’s All Ireland ‘B’ championship semi final. Like their younger counterparts on the under 14 team Roscommon will also be their opponents in this semi final clash.

Tipperary Intermediate ladies are currently preparing for their Munster final meeting with Clare which is now arranged for July 17.