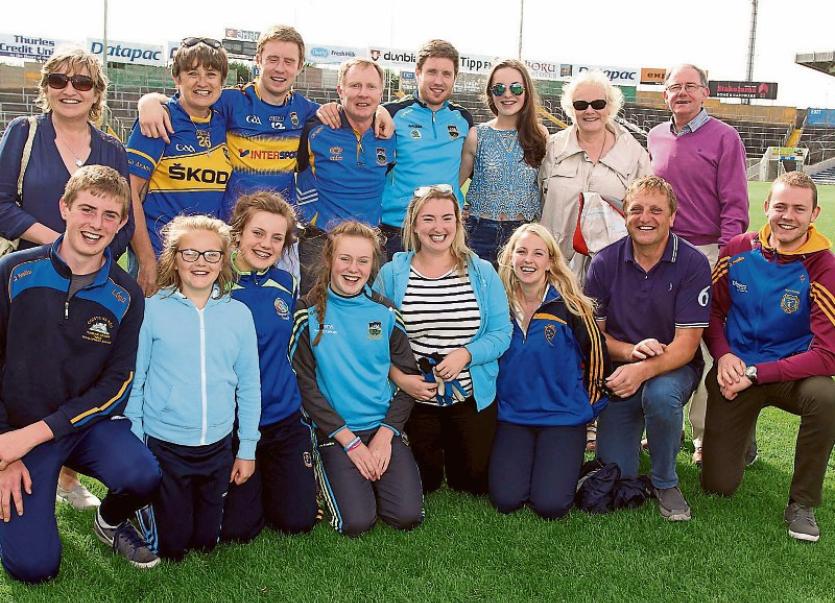 It was always going to happen at some stage, but few predicted that Sunday last would be the day. Tipperary's senior footballers have given us some thrills and many spills over the last few years, but Sunday in Semple Stadium reached a different plateau entirely when Cork were the victims on an afternoon when a lot went right for Tipp, but a lot went wrong as well.

Nine points up on two occasions in the game, Cork stormed back to give Tipperary a mighty fright, but it says a lot about the character of the side that they managed to ride the storm, get over the sticky periods and ultimately see out the game, scoring the last two points to win by that margin.

The air of celebration on the pitch after the game had to be seen to be believed - unfortunately few enough Tipperary people were actually there to witness it. Trouble was, nobody really expected this victory to materialise. Nobody really believed that it could happen, except, for the players and management .

Mind you, it was easy for the general public to buy into the mantra being articulated by Manager Liam Kearns who constantly referred to the missing players, the injuries, defections to hurling etc. It was a very low key approach to the game - some would say, an almost negative approach - but the public message was not in keeping with the general mood in the camp. Tipperary knew what they had to do. They needed to take the game to Cork from the off. They needed to play a high-tempo, high energy game which did not give The Rebels the chance to settle on the ball at any stage. They stuck rigidly to that plan for most of the game and it paid off.

Tipperary played some fantastic football and apart from taking three goal chances, they also created a few others in a match which was quite open - maybe too much so at times. It was refreshing to see the sides going at it and while many will refer to how poor Cork were on the day - a familiar theme these days in the hurling and football codes - great credit has to go to Tipperary who were sucker punched in the closing minutes, but still mangaged to keep their composure to get over the line and secure Tipp's first double victory over the The Rebels in the Munster senior championship since 1920.

72 years is a long time to be looking for victory over one of the top two teams in the province. But, it was always more likely to come against Cork than Kerry. The chance now is there for the players to really cement their place in the history books by going to Fitzgerald Stadium on the first Sunday in July and winning the Munster Final.

So, let's travel down, have a right go at the hosts and concentrate on the performance. You would probably get great odds on a Tipperary victory, but realistically, it would be the shock of the millennium, were Tipp to emerge from Fitzgerald Stadium with the silverware.

To the Small Ball

It's back to Semple Stadium again on Sunday next for the visit of the Limerick senior hurlers for the Munster semi-final - the fifth consecutive meeting between the counties in five years.

The spoils have been evenly divided over the last four years, with a home and away victory for both counties recorded. So, that makes Sunday's clash very difficult to call indeed. A lot will depend on which sides turn up.

Limericks approach has been very quiet so far but they are a good championship side - especially a provincial championship side. They have had Tipp in their sights for some time and they will really relish coming to Semple Stadium and kick starting their campaign. Victory for them would be a massive step forward and they would really believe that a Munster title could be theirs were they to prevail.

But, Tipperary have a game under the belt and the confidence gained from that victory over Cork will be important. Granted, Cork were very poor in that quarter final tie, but Tipperary had a decent showing and did what they had to do.

Tipp are only too well aware that Limerick will bring far greater urgency and intensity to the gunfight on Sunday. It will be helter skelter - real championship stuff - survival of the fittest, and any flaws or weaknesses will be exposed, on both sides. So, Tipperary must take the fight to TJ Ryan's men from the very off. They must lead off the front foot and not allow The Treaty men to get a foothold of any kind. We know from experience that Limerick have a spirit and fight which is second to none - allow them to release that spirit and Tipperary will suffer.

Victory will set up another Munster Final clash with Waterford - something to look forward to. Defeat, on the other hand, will result, not only in the title being surrendered, but in a very big setback to the psyche and to thechampionship aspirations for 2016. We don't even want to contemplate that right now though - time to be positive and invest some trust in the players and the management. Having two teams in the Munster senior championship would be a great achievement.

Dare to dream of a double.