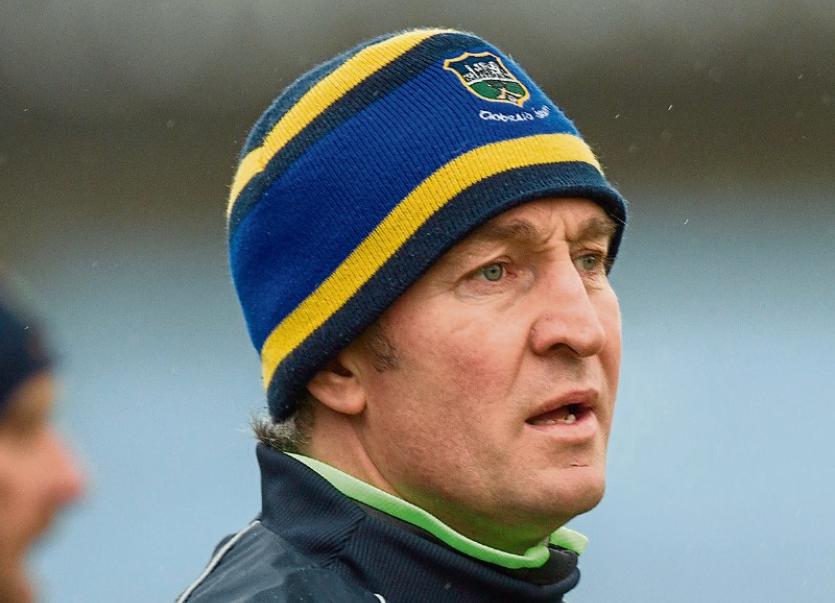 His side are rated as a 2/7 chance by one leading firm but he's paying no heed to those odds and is refusing to allow them to distract either him or his players.

"I would be a bit oblivious to it, it's not my business and it won't count on the day", he said ahead of Sunday's game at Semple Stadium.

"That's part of the whole entertainment of it.That's the external commentators' and the Paddy Powers' view of the world. The game is on in Thurles at 4 o'clock and nobody knows what will happen until the ball is thrown in".

What he is convinced of, however, is that this is a match that will be anything but easy.

"This will be a ding-dong battle. We'll have to be at our very best and if we get through with a point or two to spare I'll be delighted.

Limerick (supporters) will travel in big numbers but we'll have a very strong contingent there as well and that's important".

As preparations continue for Sunday he discussed a few injuries that were "hanging around" the panel.

He said that Nenagh's Barry Heffernan was "a picture of good health and as fit as a fiddle".

But the concussion injuries that he has sustained were "very frustrating" for him, and because the management were following all the protocols associated with the injury he won't be involved either this weekend.

His difficulties with concussion have prevented the 20 year-old wing-back from making his debut in the championship following a promising league campaign.

However there was better news elsewhere on the injury front, with the manager pleased to report that Paddy Stapleton has made "a really good recovery" from a knock picked up in training with the panel last month.

John O'Keeffe is on the mend from an ankle injury sustained while playing with Clonoulty/Rossmore but he won't be ready in time to face Limerick. Nor will Clonakenny's Willie Ryan, who underwent keyhole surgery on his knee and for whom Sunday "will come too soon", according to his manager.

"Every day we play the knocks are hard because the games are so intense. And it will be all about intensity against Limerick. We know that they have beaten us in two of the last three championship meetings.

They will have no fear coming to Thurles and will be buoyed by the All-Ireland success of their U-21 team last year.

The U-21 grade is a great feeder ground for the senior team and (manager) TJ Ryan will have the option of using his older and more experienced players with some of the U-21s".

There has been speculation that Limerick might adopt a sweeper system, the tactic that has become the buzzword in hurling and one whose merit or usefulness appears to have divided people in equal measure.

Tipp have so far eschewed the notion of playing with a sweeper. While Michael Ryan says he would "hate" his team to be labelled as one that had "nothing in our game plan", he says what tends to happen with his side is that they have to react to teams playing with sweepers, and how other teams might use their players.

"We try and set out our play for whatever is the best for us. The most tactical game we've played in the last number of years was against Waterford in last year's Munster Final. We were delighted to get through that but it took a huge amount of effort and it was not a good spectacle.

You have to forego good spectacles when you come up against complex systems used by teams with really good players, like Waterford and Clare".

Cork's use of sweeper William Egan was heavily criticised following their heavy defeat by Tipp in the provincial quarter-final four weeks ago, on a day when the Tipp boss said he was very happy with his team's attitude and application in what were "brutal conditions".

"Games ebb and flow but it always comes back to attitude and application. That really defines how you'll do and on the day it'll take you a very long way".

He says his team needed to come to Semple Stadium last month with a really good performance.

"Cork coming to Thurles was a big occasion, steeped in history and folklore".

He admits it was "a very nervous day because it was our first real test, and the start of the championship".

He also reveals that a first round defeat would have been "an unthinkable consequence", with such a long wait to the qualifiers. Losing would have meant "a lot of naval-gazing" and it wouldn't have been "a good environment", although he also believes that Cork are capable of competing again in the qualifiers.

Michael Ryan says that this Sunday's "huge game" is the reason why players give up as much as they do and come into training in November. Having the opportunity to pull on the jersey means so much to these players.

He said that the week before the game gave players the chance to compete for positions before the announcement of the starting fifteen on Friday night.

"I'm very happy with the preparations.The guys have put in a huge effort, they really are a great bunch to work with and train".

He said the response he got from players from outside the panel when he was arranging a 15-a-side challenge game in training at the weekend was also absolutely fantastic.

"Christy Coughlan (Templederry Kenyons), David Collins (Drom/Inch) and Justin Cahill (Kiruane MacDonaghs) were so obliging to come in and play and that gives me great heart.

We're all really looking forward to the challenge, and this will be a real challenge (against Limerick) that will test us to the absolute hilt. I won't mind however we get over it".