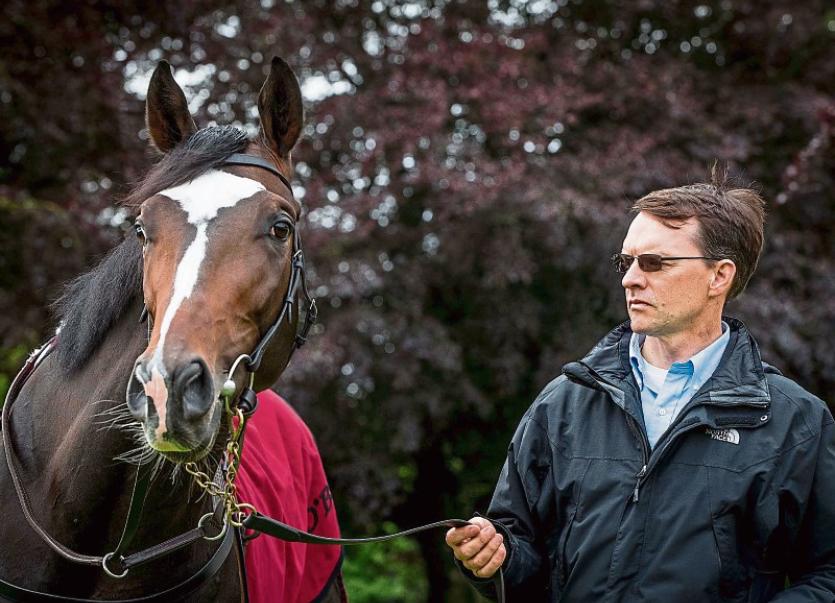 Epsom Derby runner-up US Army Ranger is set to spearhead Aidan O’Brien’s team for the Dubai Duty Free Irish Derby at the Curragh this Saturday.

The champion trainer is likely to have at least four runners for the €1.5m Blue Riband contest as he looks to win the prestigious Curragh Classic for an incredible 12th time.

“We are very happy with US Army Ranger. He was only a baby going into Epsom and we didn't know how he would take it so it was pitching him in big time and he was green and babyish in Epsom but he has come forward and out of the race great, to be honest.”

“Idaho ran a real big race at Epsom and you would have to say he progressed lovely from Leopardstown and we are very happy with him since.

“Shogun and Port Douglas are in the Derby as well and both could probably go there also but we’ll see closer to the weekend what else lines up.”

O’Brien is full of respect for Epsom Derby winner Harzand who claimed a historic victory for Curragh-based trainer Dermot Weld.

“I was very impressed with Harzand, he’s obviously a very strong stayer and a big honest horse who really puts his head out and gallops all the way to the line.

“We were delighted for Dermot, Pat (Smullen) and His Highness Aga Khan and their whole operation.

“His Highness puts a lot into the sport and Dermot and Pat are very professional, proper people. Obviously we try hard to win every race but we know that can’t be the way and at Epsom we were delighted for the connections of the winner. He is a very good horse.”

O’Brien has no equal in terms of success in the Dubai Duty Free Irish Derby and is fully aware of what it takes to win the €1,500,000 showpiece.

He added; “You need a very good horse because it is straightforward and solid and you need to stay very well. There’s nowhere to hide and usually it’s not very tactical and the best horse always wins at the Curragh.

“The Curragh suits every horse and that is what makes it such a unique track. It is a big, galloping, straightforward, track and there’s no excuses for anyone there.

“Epsom can be tricky and it can be tactical but the Curragh is usually very straightforward.

“Because it is not that tactical at the Curragh it is probably the most important Derby because it is the horse with the most pure ability that will win.

“We are very lucky to have such a facility in Ireland, the Curragh is probably the best racecourse in the world.”

“Minding would be the main one for the weekend aside from the Derby. She seems to have come out of Epsom well and if everything goes well with her during the week we’ll look forward to seeing her run again.”

The chief supporting race on Saturday is the Group Two GAIN Railway Stakes which O’Brien has won with some top class performers in the past including Rock Of Gibraltar, George Washington and Holy Roman Emperor and Peace Envoy could be set to return to six-furlongs after finishing fourth in the Norfolk Stakes at Royal Ascot last week.

“Peace Envoy is the toughest and hardiest to go back after Ascot. He handles a dig in the ground and he ran well at Ascot but we probably ran him a little bit short over five-furlongs.

“He was fairly flat out all the way but he kept going and didn't stop. You have to think about it with Ascot and the Curragh being so close together but the two-year-olds are hardy and fit at this time of the year and we’ve done it a few times before.”

Curragh Racing Manager Paul Hensey said; “We had 14.6mm of rain on Sunday which has changed the ground to good to yielding on the round course.

“We’ve a mixed forecast up until Thursday but we are not due to get heavy volumes of rain and from Friday it is due to pick up and be nice into the weekend.

Under 16s accompanied by an adult are free on all days.