The View - Football focus, as divisional results cause stir 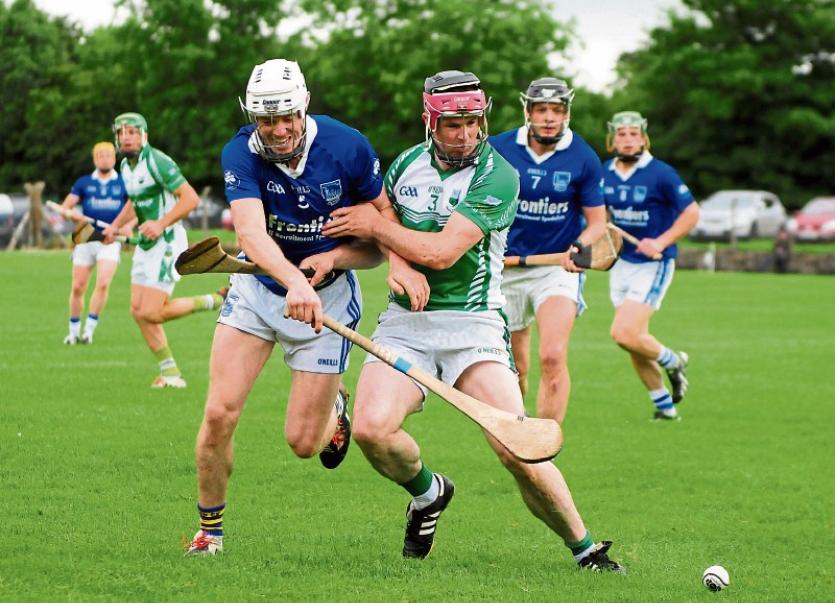 It's a big weekend for the Tipperary footballers with their first Munster senior final in fourteen years all set for decision in Fitzgerald Stadium, Killarney on Sunday.

The Premier County has enjoyed many great days in that famous old stadium in both codes, but it is very difficult to see Sunday being another glorious tale in the story of the Tipperary football revival of fortunes. Victory would seem to be beyond the side at this stage, but the beauty of sport is such that the unexpected can, and does, happen.

Tipperary will travel with belief that they can cause an upset but they will need to keep the faith all the way through if they are to achieve anything. So often in the past, Tipperary sides have stayed in the game until the last fifteen minutes or so, when the stronger teams march clear to victory. Sunday, if it is to bring victory - and it would be the upset of the decade to be honest - requires Tipperary to take the game to Kerry from the off, and sprint from throw-in to final whistle, with no let-up in tempo, application or focus. It will be quite the challenge to nullify the likes of Donaghy, Cooper, Walsh, Moran, Keane and all the rest, but Tipperary must believe.

Realistically, Tipperary supporters will be looking for a good performance from their men on Sunday. By concentrating on their own performance and doing what they can on the field of play, they will be taking a major step forward. Victory might be beyond the team, but producing a very solid display is not. So, let's have it then - let's go to Killarney and come home satisfied with a good showing against one of the super powers. If victory is to be Tipp's lot, then super.

Before the footballers take to the field on Sunday, the Tipp minor hurlers will have travelled into the lions den in Pairc Ui Rinn on Thursday evening for their semi-final clash against the host county. Liam Cahills men have come through the backdoor, but there will be no backdoor after Thursday evening - win, and they join the Tipp senior hurlers in the Munster Final on Sunday July 10th. Lose, and it's the end of the road for another season.

It will certainly be a big task to come away with victory from Pairc Ui Rinn - a venue which has been less than kind to Tipperary over the years. But, winning down there would be a massive boost to morale for the county.

Our best wishes go with the squad and management for the big game. Get there to support them if you can.

Defending champions Sars' are out of the mid, and join Clonakenny and Upperchurch Drombane in the defeated stakes at the weekend, the only difference being that the county champions are still in the mix to retains the Dan Breen Cup.

Yes, Drom-Inch, minus Seamus Callanan, were good for their three point victory in Holycross in a lively contest, but unlike later in the afternoon, it was not to be 'allez les blues'. Sarsfields were flat with their forwards making little headway against a more in-tune Drom-Inch.

Elsewhere, it was McGrath's all the way for Loughmore Castleiney's victory over Upperchurch Drombane. They were on fire and despite the best efforts of the Church, they just could not be contained - Noel and John particularly were outstanding. Also very good, in the second half, was Cathal Barrett in Holycross Ballycahills win over Clonakenny. Willie Ryan was out of this game for the grades 'newbies' but their difficulties were more in attack, where they found it hard to get the scores on the board to take down the 'Cross.

In the south, the clashes saw Mullinahone and Ballingarry emerge with Eoin Kelly rolling back the years as Killenaule fell in the Friday evening tie by a brace of points. Carrick Swans were the victims against Ballingarry who won by five points and in the west Clonoulty Rossmore toppled for the second year in succession against Knockavilla Kickhams, in what could be described really as an effective semi-final. The remianing games will be interesting in the west with Eire Og Anacarthy fancied to take the silverware in the division once again.

The Thurles Sports Fest kicks off this Friday with a host of sporting events planned for a full week afterwards. Everything from road bowls to polocross will be featured in the European Town of Sport during the course of the festival which is growing in strength and attracting more and more visitors each year. One of the events which really captures the imagination is the re-enactment of the 1916 All-Ireland Final between Tullaroan and Boherlahan which takes place on Friday evening in the Thurles Sarsfields GAA Grounds. The event will commence with a parade from Lar na Pairce featuring two Model T cars and the teams, mentors, etc will wear period costumes to help recreate the famous scene. It is open to all and the Archbishop of Cashel and Emly Dr Kieran O'Reilly, following in the footsteps of his predecessor Dr Thomas Croke, will throw-in the ball in keeping with the tradition of the time.