The Captain's call on Tipp's Munster Final against The Kingdom 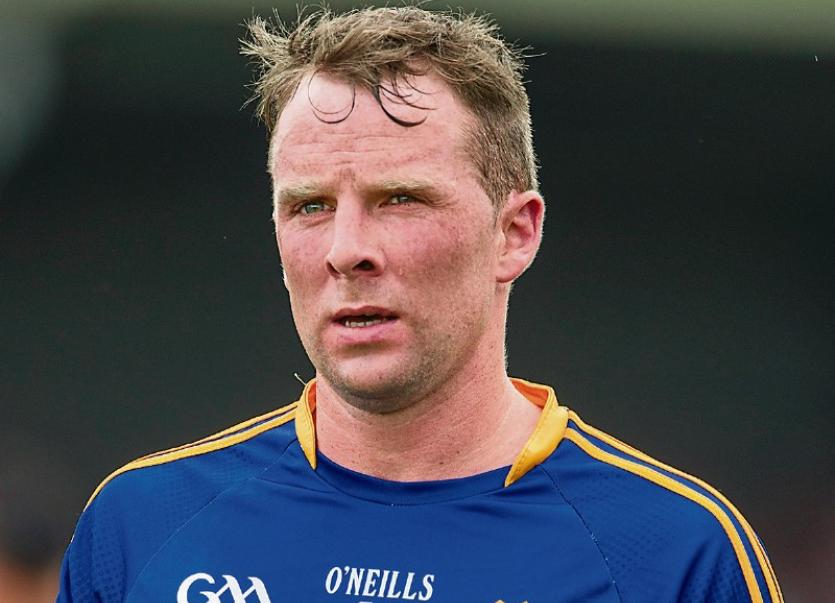 After seventy two years history was made.

There was an outbreak of emotion and joy in the county following Tipoperary’s historic victory over Cork after such a long wait but for such a fiercely determined captain and the rest of the Tipperary players a bigger challenge moved into view fairly quickly.

“It’s over now “ stated Moyle Rovers man Peter Acheson . A good night was had when all of the squad converged in Clonmel the night of the famous Semple Stadium win but on Monday it was a down to a recovery session in the pool and back to training on Tuesday.

“We were back to the drawing board on Tuesday after the Cork win” stated Peter Acheson.

That focus is everything you would expect from Acheson, a player who exudes self belief on the field no matter what the opposition is.

That inbred desire and a mindset that anything is possible on the sporting field is something that Acheson always had playing football for Tipperary because his age group never displayed an inferiority complex coming up against the traditional giants of the game.

“My age group always came very close to them. As minors in a Munster final we threw it away against Kerry when we lost a replay and did not take our chance. The year after we lost to Cork in a Munster Final by a last minute goal and they went on to win an All Ireland final. It was probably our best team ,we had the likes of Brian Fox, Ciaran McDonald and a few others.

"The following year we won the 2010 Munster under 21 final,then the other minors came along with Michael Quinlivan and the lads. They always seem to beat Kerry

We are getting a team together really, we are nowhere near, not half way near yet, but we are getting there” said the Tipperary captain.

In recent years he said Tipperary teams were taking to the field against the stronger teams with a belief they can win and knowing that the talent available to Tipperary is growing all the time.

“You always have to believe ,you would not play otherwise. We seem to be always going good against Kerry until about forty or fifty minutes in and class pushes on then.

"The Cork game was an eye opener, we threw it away ourselves to be honest. Aidan Walsh came on and kicked three great points.

There was a lot of people behind the scenes, driving us on for years they were the happiest people out on the field.the ten minutes after the game was nearly as hard I was getting so many pats on the back.,the likes of Joe Hannigan had tears in their .It was their work that got us to where we are now” he said.

Looking ahead to Killarney Peter Acheson believes another shock is possible.

“We have not spoken too much about Kerry yet , there is not much fear in the lads, there is a lot of respect. Kerry they are a serious outfit. All we can do is play our best, if they have an off day maybe we might catch them but it's going to be tough, especially down there” he said.

He said concentration would be crucial and the neeed to stay in the game as long as possible. "The first ten minutes are crucial .If we can get to half time any way close you never know”, he said.

Acheson said the Tipp team were a very close group. Absent players, small crowds and being given no chance were all motivating factors that drove them on .

“We are closer for it, whoever is there supporting us is brilliant. We are used to having small crowds , it won't bother us. We will have our close supporters that we always have and they are brilliant. You have to win stuff really to get support and hopefully we can win something over the years".

Facing into a Munster Final is something few within in the county gave this group of players a chance of doing at the start of the season.

Acheson explained that it was difficult to see key players not being available for a lot of different reasons but that they had no choice but to get on with it.

“Seamus Kennedy and Stephen O Brien were always hurling men ,they always preferred hurling, we were glad to have them when we had them but you could not fault them them for going for the hurling. Colin (O'Riordan) over in Australia is brilliant, it’s great to see him over there doing so well.” He said.

He pointed out that a number of other lads were no longer available who had given great service to Tipperary football over the years - Paddy Codd, Andrew Morrissey and Barry Grogan.

“There was not as much talk about those lads but they were just as important - they did a lot for us over the years ,all brilliant players."

He said the manager brought them al together at the start of the year and spoke very positively about the crop of players coming in from the u21s who should have won an All-Ireland title.

“It freshened it up , there was fresh blood. We nearly trained harder than we ever did really because we thought we had to step up missing all the lads, it pushed us on a bit. It would be great to have the lads but we don’t so we have to drive on without them.”