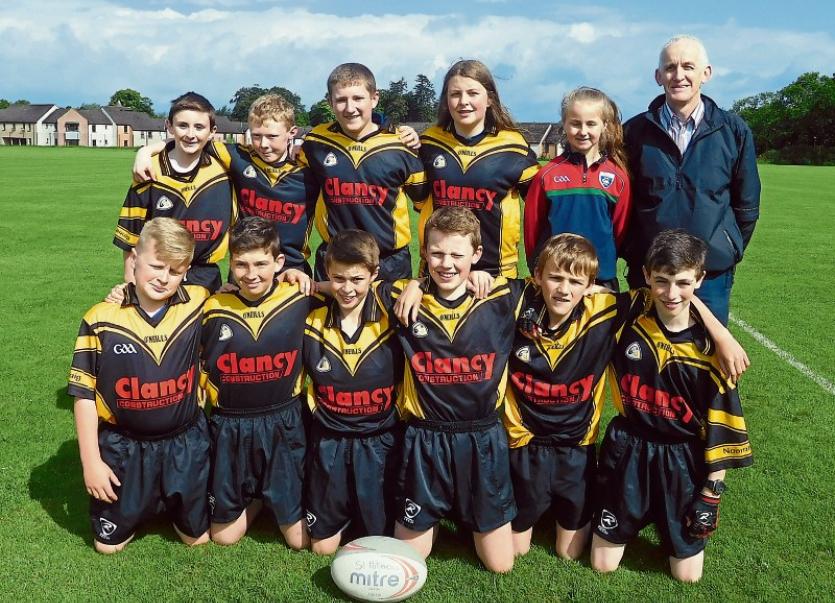 Tipperary won gold medals in eight events and were runners up in five more at the Coummunity Games Munster finals in the University of Limerick on Saturday.

7 a side Girls Soccer u12 Cashel Rosegreen; Futsal Girls u13, Newport; GAA Girls u12, Fethard Killusty; Hurling u11, Toomevara; Indoor Soccer Girls u10, Moycarkey Borris; Skittles u14, Ss Peter & Pauls, Clonmel; and Table Tennis u13 Girls and Boys, both Cloughjordan

Congratulations to the winning teams who will represent Munster in the National Finals in Athlone in August. Timetable may be viewed on www.communitygames.ie

The girls from Fethard Killusty are on fire at the moment, winning Feile in Tralee, a county final in New Inn and becoming Munster Champions in the space of one week.

They defeated Clare in the semi final 8-0 to 1-1 and Cork in the final by 5-14 to 0-2. They are likely to be short priced favourites to win a national title

Double soccer victory for Cashel Rosegreen winning both u12 and 7 a side girls soccer and winning silver in u15 girls soccer - Martin O’Neill take note!

Heartbreaking result for Killenaule Moyglass u12 boys soccer who kept Abbeyside, Waterford scoreless after extra time only to lose on penalties. However the area won silver medals in u10 indoor soccer.

Mary Walsh always pulls one out of the bag in the skittles ring and this year was no exception when the under 14 mixed team won gold after a long game.

St Mary’s “Busy Bees” chess team were also in action in the quarter finals where they were narrowly defeated by Kerry.