Manager hopes that Steven O'Brien can break into team as well 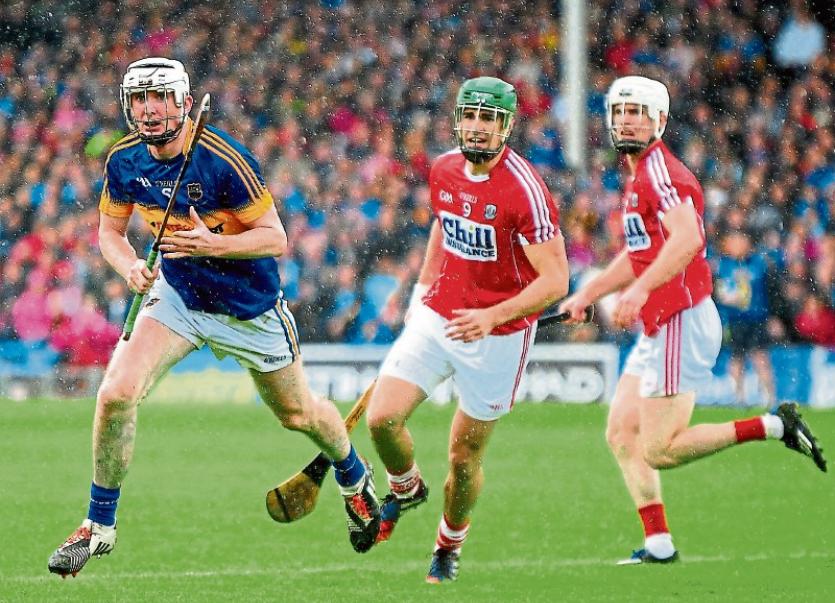 Success in both codes on the field for Tipperary brings into sharp focus the tensions attached to the availability of players, policy and decisions made regarding what options are available to talented players.

Last year with both minor teams reaching All-Ireland finals, the dual mandate came under fierce scrutiny leading to a ban being imposed at minor this year restricting players to just one code.

Prior to last Sunday's Munster football final, selector Tommy Toomey outlined the hurt felt in football circles when he suggested that football was being undermined from within the county as he spoke out against the minor policy imposed by the hurlers and the loss of Seamus Kennedy and Steven O'Brien to the senior footballers.

St Mary’s clubman Kennedy has taken his chance with the hurlers and his impressive championship performances this year against Cork and Limerick have more than justified his decision as he has slotted seamlessly into a strong half back line with the Maher brothers, Paudie and Ronan.

The Clonmel man has seen off stiff competition to make that place his own, stepping up to the team when Barry Heffernan was ruled out through successive concussion injuries for the Cork match.

Kennedy’s progress is in stark contrast to Steven O'Brien whose only hurling action came in the league quarter final against Clare when he was introduced in the 70th minute for Bubbles O'Dwyer.

O Brien, a star of the under 21 footballers march to the All Ireland final last year, would have been a huge addition to the Tipperary team in Fitzgerald Stadium last Sunday and his loss to the footballers is colossal as expressed by Toomey in his pre match comments.

In the build up to the hurling final, however, Michael Ryan availed of the opportunity to explain the situation and the progress made by Kennedy and O’Brien, the two automatic choices for the footballers, who he invited into the hurling squad at the start of the year.

Ryan is not at all insensitive to the sacrifices made by O'Brien this year when he took that decision to give the hurling a chance and stepping away from the football.

Ryan said he and the players were in Semple Stadium to support the footballers on the day they defeated Cork and explained that immediately after the match he spoke to Stephen to acknowledge just what he had given up and had missed to be part of the hurling.

"I spoke to him as I just thought he would surely have felt it that day. We were all at the match it was a great match, and I had to acknowledge the sacrifices Steven made by throwing his lot in with the hurling.

“I think he appreciated the fact that it was acknowledged. He would be an automatic on the football but, like Seamus, he wanted to give hurling a go which he was entitled to do"

Ryan said that Steven made a very hard call as did Seamus when they decided to give the hurling a go this year when he invited them both into the panel.

"We thought long and hard about the calibre and quality of the player we wanted to bring together when we were assembling a panel. Both Steven and Seamus came up to the hurling at opposite ends of the field".

Ryan said he had seen what Steven had to offer some years previously when he was asked to join the hurling panel in 2013.

"It was not for an extended period, he was with us for four or five months and I saw something in Steven O'Brien that I thought might be interesting for us at that time"

He said it was all about his development and added that if Steven were to break into the team and become a regular like Seamus, that he would not be surprised one bit and would not even consider it newsworthy if he were to do that.

He said Steven was involved in a very good and positive environment and it was not just about his skillset as a hurler, it was about the development of the holistic player and that whatever happens in the future he will have improved as a result of his involvement with the panel.

"I would love to see him being a total success like Seamus has been and see him break into the team.

“He is twenty two later this year, he is entitled to give it this shot," said Ryan.