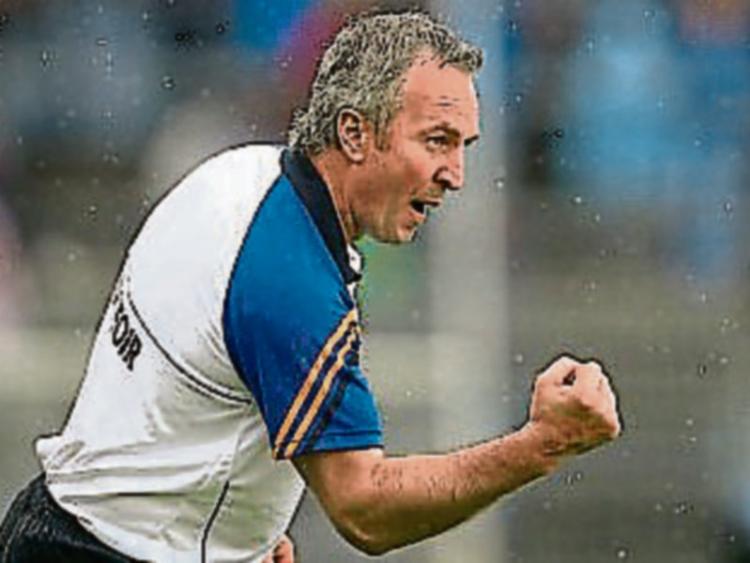 Off the field, in his Munster Final press conference, Ryan has expressed some satisfaction with progress made in his first year in charge.

No secret has been made of the fact that when the Upperchurch man took over the reins from Eamon O'Shea that this Tipperary team would become a more robust force, a physical team with a solid, traditional structure.

As Ryan went through his team line by line it was evident that he was pleased with the structure, the progress made in creating the shape of the team and how settled it was.

Not only did he speak about the players he was likely to use in his preferred lay out, six defenders, two midfielders and six attackers, but also about the other players fighting for a place and newcomers who were not established yet who were all making progress in their development.

He described his charges as a mature and ambitous group,a year older after capturing a Munster title against Waterford in Semple Stadium last year.

He has no issues about the venue, asking “when has a pitch ever won a match”.

He has no issue whatsoever with Waterford's defensive system - every team used whatever system best suited their players and his preferred system was the traditional lay out.

He spoke of the massive experience in the full back line with Cathal Barrett, James Barry and Mikey Cahill.

Barry, he said, came into the inter county scene and was used to playing his club hurling at half back but he was comfortable hurling in the full back slot.

What Padraic Maher brings was taken for granted while his brother Ronan had last year's experience to call on, while Seamus Kennedy was showing great maturity “which is what we saw in him before we asked h im in” .

The manager said they were fortunate to have such natural leaders as Brendan Maher and Michael Breen in midfield who had developed a very strong partnership and a great understanding of each other and their roles in the team.

He expected a list of players to be putting themselves in the picture to take up the vacant slot in the forward line and others to be showing to compete for a place.

“There is one obvious window opening and there may be other changes as well”, he said

There was experience there also, he continued, with Kieran Bergin, a seasoned campaigner, and players such as Conor O'Brien, Tossy Hammill and Barry Heffernan who were all available again after good work by the medical team.

There were others such as Dara Quinn who had impressed in his development but that the opportunities for experimentation was over now that the league was finished. But he and others had made good progress in their development.

Reflecting on the challenge Waterford would bring, the Tipperary manager said they were a big strong team who play to a system and to the strengths of their players.

He said Pauric Mahony would be a a big addition for them this year because of the importance of having such a reliable free taker.

“I think this is a really good Waterford team. I would struggle to find a weak area in it. Our own level of performance will have to go up a few notches. Waterford will want to win this just as much as we do. Even though there is a safety net nobody will want to use it “ he said.

Asked if he believed Waterford would be more adventurous this year when there was a feeling that with the game still within their grasp last year, they failed to commit numbers to attack to try and reduce a deficit in the last ten minutes, he remarked - “I expect an attacking game from both sides It's going to come down to how quickly players settle, who wins key battles, how you use players, the usual things.