There's something more to Tipp this year 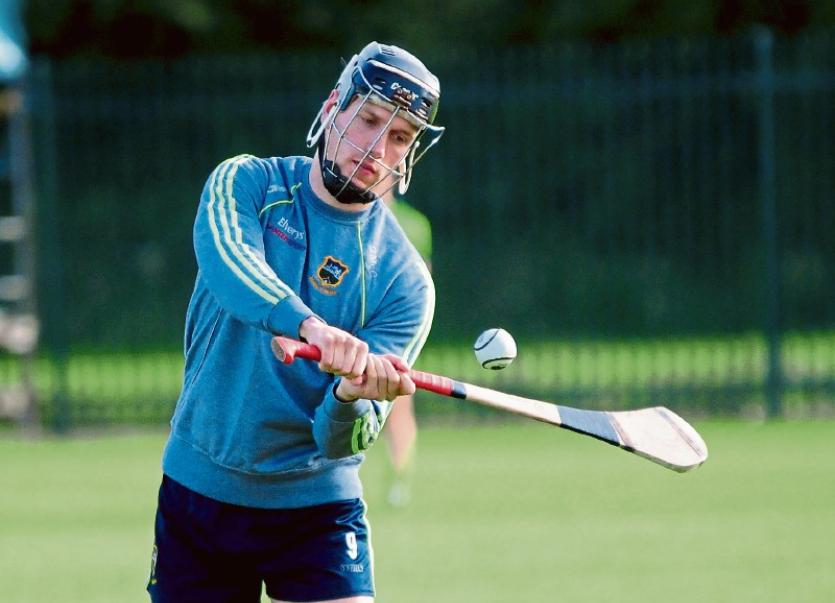 Tipperary senior hurling Manager Michael Ryan has opined that the provincial decider on Sunday afternoon next in Pairc na nGael, Limerick could well be a cracking, open game of hurling.

But, all the indications heretofore would seem to fly in the face of that assertion with Waterford certain to adopt their famous 'sweeper system' and Tipperary having to react accordingly in order the circumvent the heavy traffic in the forward division.

Of course games can, and do, take on lives of their own and the hope from a hurling perspective is that Sunday's clash will fall into that category. Wouldn't it be just great if we got one of those classic Munster Finals that people will speak about for years to come - they won't be talking about last year's spectacle with misty eyes in fifty years time. Wouldn't it really serve the game well if the players cast aside the shackles of systametic hurling and played with a boyhood abandon which thrills and entertains in equal measure.

They say it's better to win a bad final than to lose a classic - really? With the backdoor system in place nowadays, getting to the final is the key first of all, and having an All-Ireland quarter final to contend with at an earlier stage than the semi-final, has proven advantageous to many counties, Tipperary included. But, to be part of a really good final and to come out the wrong side of it, is not necessarily a bad thing either - confidence takes a boost from the performance and if you happen to meet your opponents again, it would be in the All-Ireland Final. Revenge could be the dish served on a cool September afternoon, perhaps.

Of course, nobody wants to lose on Sunday and everybody wants a great final to keep the hurling code at the centre of the national imagination following a month of soccer and the Euros. The heart says that Waterford might just hurl with the same kind of fluency and elan they displayed in the replayed Allianz National Hurling League Final against Clare - the head says otherwise though and the game would be expected to fall more into the realms of a tactical battle royale than a hurl-on-instinct kind of encounter.

Tipperary know what they will meet in Limerick on Sunday and know what to expect from Waterford. But, perhaps Tipp should just try to focus on forcing their own game on The Deise. The sweeper system is fundamentally flawed if the right kind of ball is played to the sharpshooters and if the right options are chosen from outfield. Yes, Waterford would seem to have perfected it, but the system is still only a very short distance from falling apart if the opposition get their game right.

That's what Tipp need to be doing on Sunday and the work they have undertaken in the last few weeks will have concentrated on finding pathways around the multiplicity of Waterford players crowding the middle third. It's going to require very hard work - the kind witnessed from Tipp after John O'Dwyer was dismissed so early in the semi-final against Limerick. Without a doubt, the Killenaule mans wristy hurling will be missed on Sunday, but there are men itching to get in and ready to prove their worth too.

Tipperary have won four Munster titles since 2009 - all of those against Waterford, including last years 0-21 to 0-16 victory in Semple Stadium. You have to go back a decade for Tipp to have lost a Munster Final in the '06 decider against Cork. Waterford, by contrast, have been in six Munster Finals in the same period (including the replay in 2010) and have won just one when they defeated Cork in the same year Tipp went on to win the Liam McCarthy Cup.

The average winning margin between Tipp and Waterford since 2009 has been nine points, but few would predict Sunday's result being as comprehensive for either side. It's more likely to be a one score game - that gives leeway for three points, either direction.

So will we get an epic on Sunday? It's more probable that we will get an epic battle rather than an epic spectacle. That might just have to do and if it plays out like that, the contest will have served both counties well going forward to the All-Ireland series.

All seem to agree that there is 'something different' in Tipp at the moment - a grittiness; a psyche bristling with intensity; a determination not to be derailed at any cost. A maturity. All, will be required on Sunday, and more besides. Get these and Brendan Maher will have company heading back to Borris-Ileigh on Sunday evening. Fall down in any of these areas and he will travel empty handed.