The View -hurling double would do nicely after footballers gallantry; Cats win again 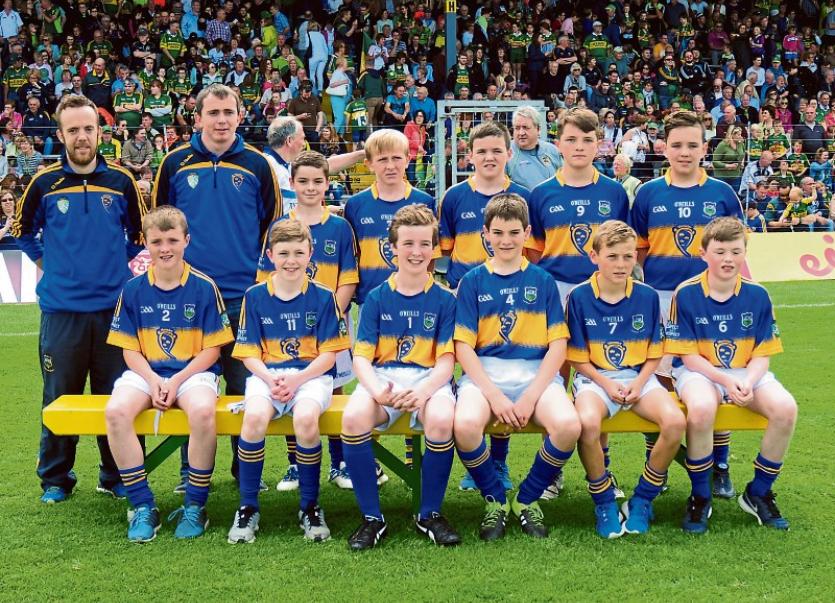 It's great to have two teams in Sunday's Munster Hurling final in Pairc na nGael, Limerick. And, our seniors can take inspiration from the performance of the minors in Pairc Ui Rinn last week when they emerged despite being right up against it in their clash with The Rebels. Gritty, controlled and patient were some of the words used to describe the performance in Cork and you know those type of words have also been used to describe the seniors win over Limerick too.

Both sides will need those characteristics in spades on Sunday when they take on Limerick in the minor and Waterford in the senior finals. Of course, now we know that the sides can produce those type of performances and the hope is that they can replicate it again on Sunday.

Limerick's minors had a very impressive victory over Waterford last week, but few precicted that Tipperary would come good against a highly fancied Cork side. They did, and it sets up for a great curtain raiser on Sunday now. Win this, and it will be a very significant title for Tipperary - holding onto the provincial crown is always a great achievement. Lose, and all is not lost - the quarter finals beckon and who knows after that.

Of course the seniors are also looking to hold onto their crown and they will have quite a task to do so against the fancied Deise. Tipperary will be well aware of exactly what they must do and, do it without John O'Dwyer, they must. His ability to snatch points from the tightest of scenarios will be sorely missed but there are plenty itching to get in and do their stuff in his stead - Sean Curran, Jason Forde, Niall O'Meara and Gearoid Ryan amongst them. The management have a proven track record of selecting players on training form - it will be very interesting to see who gets the nod in Bubbles place.

Waterford are very strong when they get into a position of dominance and they don't relinquish too much when they have their noses in front. Therefore, Tipperary must try to take the game to them and hurl from the front foot. This means getting scores on the board early on and continuing to attack their defensive system - if the plan is to shoot from distance rather than to run at them, the guns need to the correctly trained, especially in Pairc na nGael where a swirling breeze is often present.

Tipperary need to hurl this game on their terms - no doubt Derek McGrath is saying the same thing to his men as well. So, from a Tipp perspective, what does that mean? Well, it means continuing to protect the defensive unit by remaining intact, with the midfielders flooding back to provide cover when necessary. It also means ensuring that aimless ball is not fired into the forward division, especially if Seamus Callanan is to be effectively double tagged by Deise defenders. Intelligent use of the ball will be required more than ever.

The second double in succession can be achieved by Tipp on Sunday - let's hope it is a case of double delight in Pairc na nGael.

Ten points probably flattered Kerry in the final analysis, but there was no doubting that they would win the Munster senior football title after they had bagged their brace of first half goals.

In games like these, where the outcome is almost certain from the off, barring a major upset, the underdog must strive to learn as much from the experience as possible. Tipperary will have learned from the Killarney experience - they will have learned far more about themselves than Kerry. Indeed, Eamon Fitzmaurice will be wondering just how Tipperary managed to work their way into goal chance situations so frequently during the course of the game, snatching two of them.

Yes, lack of experience cost Tipp but Liam Kearns will be well pleased that his men fought to the bitter end and did all in their power to make those supporters who travelled, proud. They were proud too - proud of the effort of the players; proud of their willingness to have a go; and proud to have played a very decent standard of football against one of the games giants. The trick now from a Tipp perspective is to use the experience gained to good affect. The qualifiers will offer the chance to do so - win the next game and Croke Park beckons for the quarter finals. Now that would be a major step forward for Tipperary football.

So, Galway folded up the tent and went home again at half time, against Kilkenny in the Leinster Final on Sunday. It was a repeat of the All-Ireland Final all over again - the Tribesmen lost their shape, lost their composure and ultimately lost the game, quite badly as it happens.

Joe Canning was anonymous in the second half; Kilkenny found space where there should not have been any; and Galway made mistake after mistake and were punished accordingly.

Credit to the Cats though, they upped the ante another gear or two with Richie Hogan coming on at the break and turning the screw - they haven't gone away you know!!

Elsewhere, Dublin will feel agrieved at their narrow defeat to Cork having been down to fourteen men for more than half the clash. Cork needed that victory and their reward is a tilt with Wexford next weekend, while Clare and Limerick also lock horns in an all-Munster qualifier tie.

More blood and thunder on the way!!

The GAA has launched its online digital archive for the period 1913-1923, one of the key projects undertaken by the Association to mark the centenary of the 1916 Rising.

Included in this multi-media archive (www.gaa.ie/centenary) are match reports, photographs, film footage and administrative records from the revolutionary decade of 1913-1923.

The archive also contains an online museum with bespoke videos showcasing key artefacts from the period. What a magnificent project and what a way to bring the past alive for the current generations. It's well worth checking out as is the GAA museum - a nice idea for a day trip to the Capital.

The GAA's appointments of Kilkenny’s Martin Fogarty to the newly established role of National Hurling Development Manager is a wise move. Martin was a selector/coach with Brian Cody and Kilkenny senior teams from 2005 to 2013, during which Kilkenny won six All Ireland senior titles. He also managed Kilkenny U21’s to two All-Ireland championships in 2003 and 2004.

The role was one of the recommendations of the Hurling 2020 Committee, appointed by Iar-Uachtarán Liam Ó Néill and chaired by our own Liam Sheedy.

It will involve working towards the delivery of the Hurling 2020 Committee report findings, a review of county games programmes for club players, and devising other activities and initiatives with the aim of maximising participation across all levels of the game. It will also include specific responsibility for the development of hurling in five counties (Westmeath, Carlow, Offaly, Laois and Antrim) and consideration of the restoration of a mentoring programme in designated counties. It's a wise move by the Association - let's see how it works out.