Consistency required as Tipp down Cork for final slot 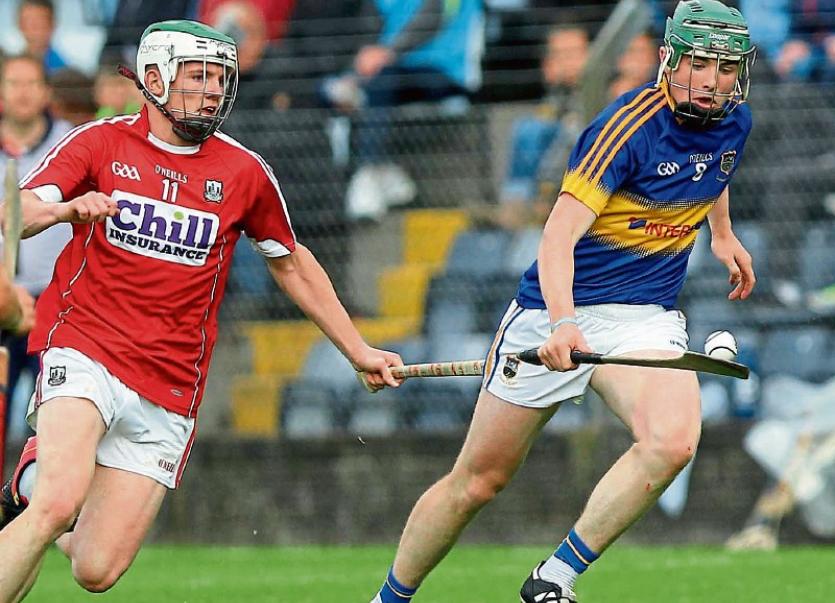 Tipperary's minor hurlers are all set for their Munster Final date with Limerick in the Gaelic Grounds on Sunday as the curtain raiser to the senior final, following a very impressive five point victory over Cork in the semi-final in Pairc Ui Rinn on Thursday last.

The team is travelling well with all of their games being away from home and they must go into the lions den again on Sunday when their opponents host the provincial showcase on their own patch.

But, as Manager Liam Cahill said after the victory in Cork, the lads have risen to many challenges already this season and will do so again. “I am very proud of the lads and they way they took on the challenge in Pairc Ui Rinn. It was never an easy place to come to but they stuck to their game and got their just rewards with a place in the Munster Final.”

For long periods of the game it looked as though Tipperarys season would end there in Cork, but a number of switches and substitutions did the trick and Tipp finished the stronger hitting nine of the eleven scores in the final quarter to romp home in front.

“We hurled very well in the second half, and only in patches in the first. We will need to be more consistent in the final against Limerick, especially after the great win they had in the semi-final. We've a bit of work to do, but the lads have done everything asked of them so far and it is a great achievement for them to get to the final,” said Liam who praised the efforts of fellow management team members Michael Bevans (Coach), John Sheedy, Sean Corbett and TJ Ryan.

Tipp had notched the first score of the game with a Lyndon Fairbrother pointed free inside a minute but by the end of the first quarter, Cork led by 0-5 to 0-2 - Josh Beausang grabbing four of their points along with a Jack O'Connor effort, while Mark Kehoe had Tipp's other score. Both sides had goal chances in the first quarter too before Tipp came into one of those good patches when they struck four without reply to take the lead - the influential Cian Darcy, Rian Doody, Lyndon Fairbrother and Brian McGrath coming good.

Fairbrother traded points with Beausang and Jack O'Connor but Tipp were rocked back on their heels when Rebel talisman Beausang snatched a 29th minute goal, with Danny Gunning and Liam Healy following up with points immediately - Cork had gone from a point down to four up in three minutes and went in with a 1-9 to 0-9 interval lead - Lyndon Fairbrother snatching an important pointed free right at the death.

“I was disappointed at half time that we didn't hurl to our potential in the first half but we went on from that.We came good in spasms but we didn't do it consistently,” Liam said.

It was hard to see where Tipp would drag victory from at this stage, and it was even harder when after three minutes of second half play, Cork had added a further three points - Jack O'Connor and sub Evan Sheehan (2) extending their lead to six.

But, Tipps subs were having an impact too and Dylan Walsh shot three scores inside nine minutes to add to Fairbrother and Cian Flanagan points - Tipp had worked their way back into the play. Josh Beausang had another for Cork to break the sequence of Premier scores, but four without reply from Fairbrother, Darcy, and Fairbrother (2) again left Tipp two in front and on the march towards victory with ten to go.

Cork weren't finished though and they levelled with points from Beausang and Matthew Bradley, but they were to be the last scores of the game for them. Tipp came good again.

“ I thought we played some great hurling in patches and we finished really well against Cork. That's what we need against Limerick and it will be a big test of us again to produce that kind of form for longer periods in the game. Granted each side will have a dominant period, but we made great use of the ball when we were on top,” Liam Cahill said.

Tipp had taken control of the half back and midfield sectors where Flanagan, Brian McGrath and Paddy Cadell were putting in big shifts - Cadell it was who shoved Tipp in front again in the 24th minute with an angled shot from a tight space. Brian McGrath followed up with a huge free while midfielder Ger Browne snatched another after a quick free from McGrath again. Tipp powered to the finish line with Dylan Walsh and Fairbrother sealing a very fine victory before the end.

“We kept our cool and rode out that bit of pressure which came with Cork getting the scores after half time - they really started in a blaze. We had spoken about the need to soak up pressure like that and keep in the game until the end. Thankfully, that's what they did - they kept their composure and I would have to say that in the three years I have been involved, this was the most composed performance I have seen.

“Ultimately, our aim is to prepare these lads to have them ready for big pressure games like the Munster Final on Sunday. Limerick are a big physical team and we must be ready for that battle. We have seen them play, we know what they are like and thankfully we have all our players to work with continuously over the next few days. They won't be dragged all over the place like before. Everything is confidence with young players and that victory will help them greatly. There is more in these lads and we are still finding our best team,” the Manager said.