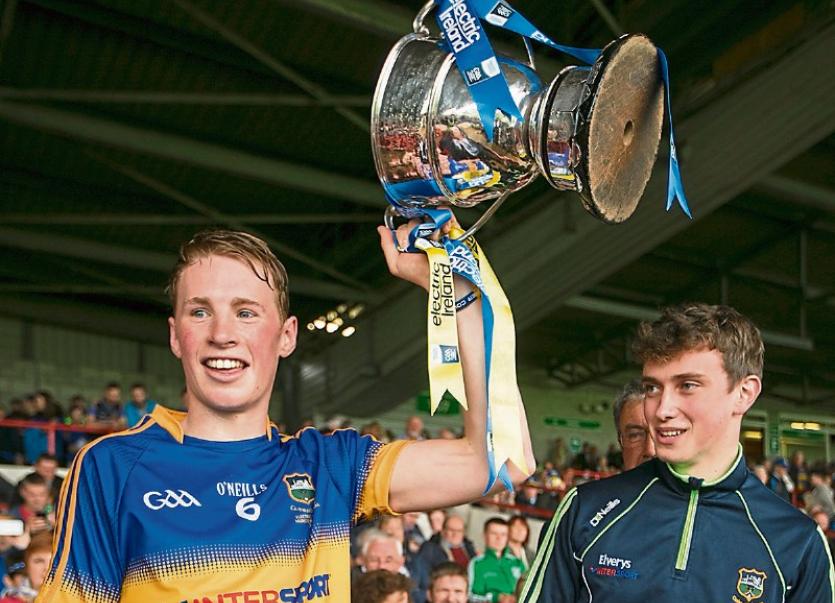 Tipperary's third Munster minor hurling title in five years was greeted with great joy by the management team and players when the final whistle sounded on Sunday.

Not only did the seventeen point victory signify a very polished performance indeed to give Tipp a 39th title - their 12th victory over Limerick in the final - it also pointed to further development of a side which has really grown and matured since the first round defeat against Waterford earlier in the season.

Brian McGrath lifted the silverware with the injured Gavin Ryan, but the performance of the team certainly lifted the Tipp supporters who were damp and wet before ever the seniors emerged on the field.

It didn't matter though - they had witnessed a very confident display and one which manager Liam Cahill was very proud of.

"It was 17 points in the end but we prepared really well for this, we left no stone unturned after our win against Cork.

“We seemed to gather a lot of momentum in training and we have been really really good over the last few weeks.

"I am thrilled for the lads because they have done all that we have asked of them.

“ A lot of this is down to Michael Bevans and the role he has played with this team. He is a remarkable man in the way he can get to the players and his influence on them is huge.

“I'm very fortunate to have a great backroom team with this bunch and that's what you need at this level," the Ballingarry man said as his players celebrated in Pairc na nGael.

And, he vowed that the hard work would continue too with a schedule of operations ahead for the coming weeks to see Tipperary into Croke Park for the All-Ireland semi-final.

The experience of last year will certainly stand to Tipp in Croker, but nothing will be taken for granted and they will go to the last degree to ensure that the players are re-focused for that semi-final.

"I'm very proud of the players for what they have achieved here today, but we move on now.

“Of course we'll enjoy this, but it will be back down to work during the week and looking at the areas where we can improve to take it to the next level.

“That's a lot to be looking forward and I'm thrilled that we are because we have worked so hard for this," Cahill said.

In Jake Morris, Tipp had a real match winner and it was his third minute second half goal which really set Tipp up for the win.

That put the Premier lads eight up and they never looked back, bagging 1-11 to Limericks 0-3 in the second half.

"We had some fine performances but I thought as a team we played really well and that's very pleasing," said Cahill.