Munster senior and minor hurling championships in the bag - now for the All-Irelands. 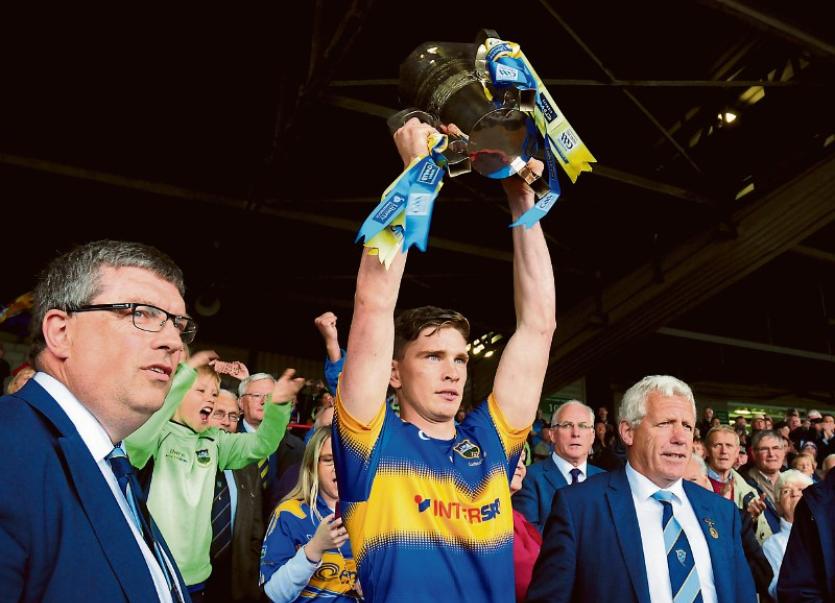 Tipperary's relentless pursuit of the ultimate silverware was as evident in the dressingroom as it was on the field of play when the celebrations were in full swing on Sunday, writes Noel Dundon.

Captain Brendan Maher set the tone in his acceptance speech when he stated that work for the All-Ireland semi-final starts immediately and that same mindset prevailed throughout the squad in the aftermath with Manager Michael Ryan confirming it.

Even before the final whistle had sounded in Sunday's Munster senior hurling final though, evidence of Tipperary's singleminded focus was there for all to see. They pushed and pushed; continued to put the tackles in; and racked up the scores at will despite the game being over as a contest a long time before. Perhaps though it was Brendan Maher's shoulder charge on Waterford captain Kevin Moran really singalled Tipp's intentions - he landed that great warrior back on his posterior to receive one of the biggest cheers of the day and to break Waterford's resistence.

"We came to win and we are delighted to do that. I keep saying it - a Munster title is cherished in Tipp and it's a great thing to win. We prepared during what was a very quick turnaround after the game against Limerick and we had Waterford immediately in our sights. We understand how good a team they are. We knew they were formidable so we are thrilled to have come out on top," a gushing and effervescent Michael Ryan said.

How so comprehensive a victory came to pass was difficult to pinpoint for the Upperchurch Drombane man so soon after the final whistle had sounded. But, he did acknowledge that Tipp got the breaks. And, they took them.

"It just seemed that we were winning those vital breaks and in fairness we showed a lot of composure. There is not a backman in the country who likes to be ran at and turned, and I thought our forwards really pressed the Waterford backs. And, it worked. We are under no illusions - today is the 10th of July and we get a right of passage to the All-Ireland semi-final in five weeks time. It was exactly at this juncture last year where we fell and we fell flat. Today, we enjoy the Munster Final but tomorrow we immediately plan for the next day," he said.

Tipperary have a lot of unfinished business arising out of last season and much of this has been bottled and and is being used to drive the ship forward. Perhaps the level of application and work reflects the hurt felt and the stinging criticisms of the side in 2015 provides the perfect motivation. And, Tipp have matured too, while at the same time bringing in some young blood - 3-2 hero John McGrath the perfect example.

"There is a great work ethic about this team and they are absolutely fully committed to the cause. We would have loved a fine day to have really played the game that we'd like to play - we might just get it yet, three days out of three we haven't. What really concerned us today was making sure that we were positive all the time. That we were making selfless hard runs, looking out for each other and being intelligent with the ball. We still have loads to work on. You have to prepare, because day by day the standards go up and for us to get to an All-Ireland Final and get through the next day, our standards will have to go up again. I felt that we managed our puckouts well - you cannot be too one dimensional particularly against a team like Waterford who are renowned for getting players behind the ball," Michael said.

It was a great day for The Premier County and the supporters certainly enjoyed the double victory. It was a perfect blue and gold day in the rain. But now, for both the seniors and the minors, it's time to move on - there will be plenty of time to admire the medals during the winter. Right now the focus has to be on August 14th in Croke Park.

Above: Brendan Maher and Brian McGrath lift the spoils of victory in Limerick.