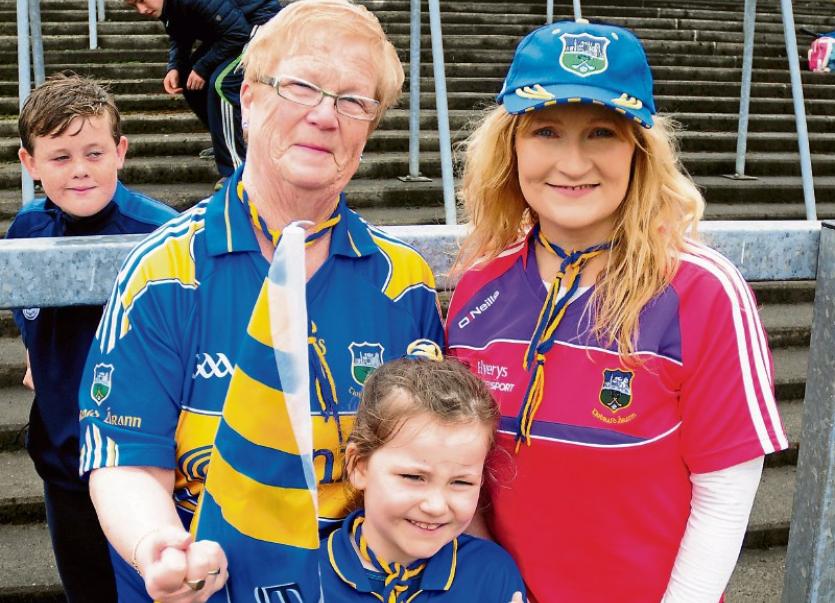 Tipperary's twenty one point victory over Waterford in the senior hurling final casts the mind back to the 2011 win in Pairc Ui Chaoimh. But, one gets the feeling that this latest victory is far more significant, given where Waterford were supposed to have been at.

Many pundits predicted that Derek McGrath's men would prevail on Sunday. Indeed, such was the speed with which they dismissed Tipperary, that it was almost insulting. But, they got their answer and the message is quite clear - Tipperary are very focused, moving extremely well, and are bona fide All-Ireland contenders.

Tipperary have had three pretty impressive victories in the championship, but again there are those who claim that the opposition has been quite poor. That may be so, but Tipp still had a job to do and they have gone about their work in a very businesslike manner. Anyone who would dismiss Waterford as being a bad team would be off the mark, and while Tipp's other two opponents are out of the championship having failed to win a game, Michael Ryans men looked after their own side of the game all the way through and did what they had to do. Curiously, it was probably Limerick, the division 1B side, which gave Tipp the biggest challenge of the campaign so far.

The Waterford capitulation is curious. But, what really strikes one about the way they set-up is the lack of faith in the players .... because that is what it is. Dress it up any way you like, but Waterford simply do not trust their defensive unit to be able to handle opposition attacks. That is why they flood players back to marshall the danger areas. Why else would they rob their attack of personnel only that they are wary of what teams could do to them.

Thing is, Waterford have some exceptional players - great defenders and attackers. But, they are essentially trying to box with one hand tied behind their back, when they take forwards from the attack and flood the backline. They don't trust the players in defence - that's the reality. And, when you play a sweeper, or sweepers, as they have done, the whole thing can go horribly wrong when it breaks down. It happened on Sunday.

Waterford need to trust their players, but I don't see them abandoning their system just yet. They'll probably make the All-Ireland semi-final and could well still cause an upset. They haven't turned into a bad team overnight, but for Gods sake, let the players hurl with the abandon we know they can play with. When you come up against good teams, they'll find ways around the Waterford system - Tipp have done so in two consecutive Munster finals and so too have Kilkenny.

As for Tipp - it was a mighty performance, a very significant victory, and one which gives great confidence going forward. The mood from the camp is also very positive and the fact that the players are talking about learning from last year is very welcome. Tipp have matured in terms of approach, in terms of their on-field modus operandi, and in terms of their off-field attitude. They are forcing people to sit up and take notice - Brian Cody, sitting in the stand on Sunday, will certainly have taken note. But, a semi-final appearance is now the focus and winning in Croke Park a priority. Munster is over now and the team moves on.

Tipp have shown that they can deal with a physical approach from opponents and that they can mix it up big time. They have encountered a range of challenges from opponents and have come out the other side - that's a very significant indication of the kind of responsibility being taken on by the players. They are the ones making the decisions on the field of play and they are the ones reacting to the events as they unfold.

This is a hard working Tipp side, but there is also an abundance of hurling in the team and that's crucial. The work ethos of Dan McCormack, Bonner Maher, Niall O'Meara and the midfield pair of Michael Breen and Brendan Maher is huge.

They are putting in the tackles all the time, but they can all attack too and have all featured on the scoresheet.

Defensively, Tipp continue to be rock solid - Darren Gleeson hadn't a save to make, while in attack, when you have the likes of Seamie Callanan and the McGraths on form, anything is possible. Will Bubbles get back into the team now for the semi-final? 5-19 without him - he was hardly missed at all!!

It was a great Sunday for Tipperary. Well done to the players, the management team and all the backroom. More of the same please.

The victory of the Tipperary minors in Sunday's provincial final is a major story from a Premier County perspective. This bunch of players have had to do it the hard way this season - away to Waterford; away to Clare; away to Cork; and then a final away to Limerick. They have come through this testing campaign with flying colours to record Tipperary's 39th title and they completed the job in style in Pairc na nGael.

From the outset, Tipperary took the game to the hosts and they never let upwith a final credit to their name of 1-24 - a seventeen point victory which could easily have been far greater.

This team has evolved and developed during the course of the season and they now have the great situation where substitutes are playing a major role and are ready, willing and more impotantly, able, to do the business when called upon. We have seen that throughout the campaign, and while the victory was probably well secure by the time the majority of the subs came in on Sunday, they still got valuable game time.

Great credit is due to the management team of Liam Cahill, Michael Bevans, John Sheedy, Sean Corbett and TJ Ryan - they have looked after this team very well and now they head off onto the big stage for the All-Ireland semi-final, a fitting reward for a very fine campaign.

The hope is that more silverware will accrue for the minors -they are showing that they have the wherewithall to push on and claim the Irish Press Cup. The challenge is there now for them. And, this squad just love to be challenged.

Having won the double again last year, Tipperary hurling might just be on the verge of a great era - the dream continues.

Tipperary's U-21's take to the championship field on Thursday evening when they entertain Limerick in Semple Stadium in the provincial semi-final at 7:30pm in what will be a very difficult assignment for the Premier men. But, having won the minor and U-21 on Sunday, the tails will really be up and the William Maher/Liam O'Shea trained side will be all out to bring Tipperary to a third Munster hurling final for the season. If you can, get along to the stadium to cheer on the team.

It's back to club focus at the weekend with divisional semi-finals in the mid and south, and plenty of action also in the south. The double headers in Monroe on Saturday evening and Boherlahan on Sunday afternoon will be very interesting - smart money is on a Drom-Inch vs Loughmore Castleiney final in the mid and a Killenaule vs Mullinahone final in the south.