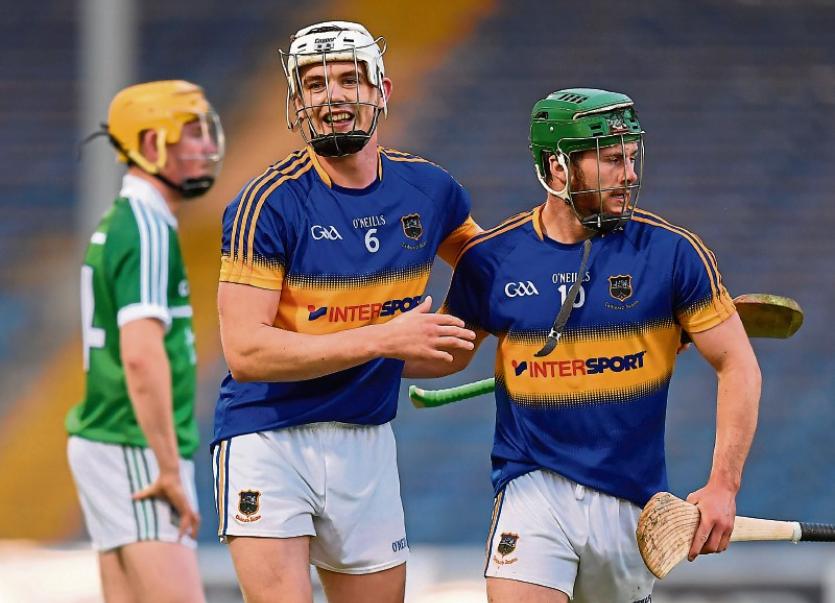 Their damaged pride at being written off before the game and the boost they received from the county Senior and Minor teams winning their provincial finals four days previously had motivated the Tipperary U-21 hurling team ahead of Thursday's win over Limerick in the Munster Championship semi-final.

"They (the players) were very hurt before the game as regards being 2/1 outsiders, so that did rally a lot of our fellows and we're delighted to get the victory", manager William Maher said after his side's hard-fought 2-points win at Semple Stadium.

He said that the team had also received "a huge lift, a great confidence boost" after the Seniors and Minors won their Munster Finals at Limerick's Gaelic Grounds the previous Sunday.

"After what happened on Sunday there was a wave of 'we can do this', so that was great".

The U-21s now have the opportunity to complete a hurling clean sweep in the province when they take on Waterford in the Munster Final at Walsh Park next Wednesday evening, July 27.

"We've a huge amount of improvement to look for before the final against Waterford", said William Maher.

When it was put to him that those improvements would include discipline, after the high number of frees conceded in the semi-final, he replied "Possibly, but I thought the referee (Cathal McAllister) was a little bit hard on us with a few tackles. Our lads were hitting very hard but I thought they were hitting on the ball.

Waterford will be a massive challenge, we'll be rank outsiders again. They put Clare to the sword in their semi-final last night in very impressive fashion (winning by 18 points).

We'll be under a lot of pressure going down to Walsh Park but if you're not in...."

The Ballingarry man was especially pleased with his team's workrate in Thurles last week.

"We worked very very hard, our desire was great and that hunger did see us through in the end.

It's very much a team effort when lads are working as hard as they are, with two inside in the full forward line for most of the second half and they were working like dogs not to allow the ball be rained down on top of them, which obviously helped the backs".

Despite an impressive Limerick performance in the opening half the manager said his team wasn't unduly concerned at the midway stage.

"At half time we weren't worried, we were absolutely delighted to be there or thereabouts, with just a point in it. Just to be in the match, to have a chance and to be competitive.

When push came to shove our lads showed the desire and that's ultimately what won the match in the end".

With substitutes Jason Ryan and Ronan Teehan scoring 1-3 between them, he agreed that "the subs made a huge impact and that's something that we spoke about as a management team beforehand, that we'd try and freshen it as much as we could at vital stages.

When those changes come off and you win it's great, and they all came off tonight so it was great.

I was proud of the effort of everyone. Some players were playing in different positions from the norm and that was a case of shuffling our pack around to maximise the benefit we could get from the fellows that we have.

One or two guys were asked to play in what were unusual positions for them but they put their hand up and there was no problem. The match will bring on a lot of fellows".

He agreed they could possibly have won by more but added "in these knockout matches you don't care how much you win by.

That was very much the message to me from the guys inside, a win is a win and we'll just move on from here".