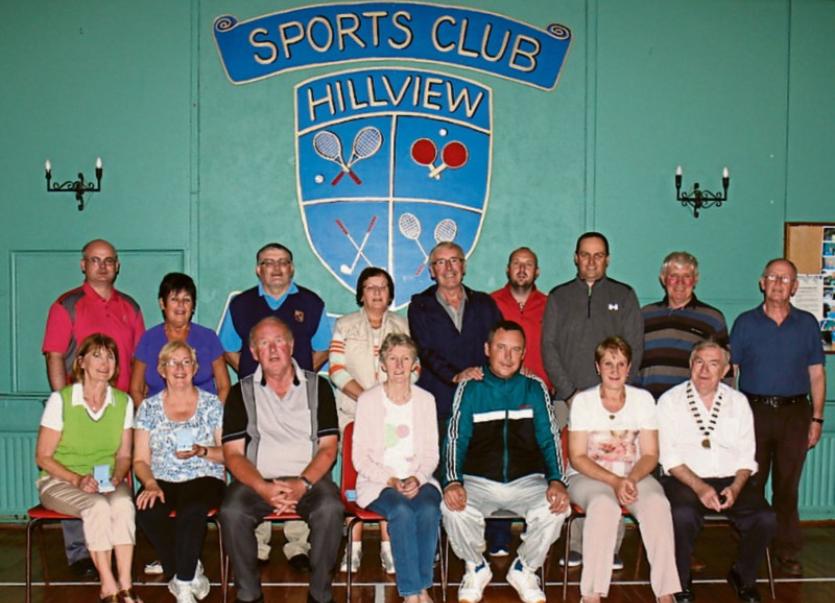 Congratulations to Ann Wall and Tom Morris on winning the Captains’ Prizes.

There was a terrific turnout for the event on Sunday, July 10th, despite a number of counter attractions at home and abroad.

With a 36 hole stroke event with playoffs over a further 18 holes for the top 12 ladies and gents, this meant a long and tiring day for those competing at the top.

Nora and Paddy would like to say a very sincere thanks to all who played and supported the event. Presentation of prizes followed later in the evening in the bar with President Seamus O’Doherty in attendance.

National Seniors Strokeplay Finals Ladies : Congratulations to Pauline Lucey who finished 3rd in the Intermediate grade in this competition in Fermoy on 16th of July.

Tuesday Scrambles: The latest instalment went ahead on Tuesday July 12. We had a terrific turnout once again and some hot scoring. Overall Nett Winners were the team of Marie Savage, John Cooney and Stephen O'Reilly. In second place were the trio of Lorraine Creed, Adrian Anglim and Paul Sweeney. The gross prize went to the duo of Pauline Lucey and Michael Kennedy.

We ran two very successful "Open" scrambles at which it was great to see some old faces back on the course but many new ones as well which augurs well for the future. The next club competition for the Ely Centra Gross will go ahead on Sunday July 24.

Hillview was a very busy place last week, with Jaco’s Tennis Camp, the Lego Learn It Camp in the Hall and the Clonmel Wheel Chair Annual Barbecue.

Evan Fitzgerald had another very good week at the Greystones Junior Open, where he got to the final of the under 18 singles. This is his second final in 2 weeks and he is building up his national ranking points.