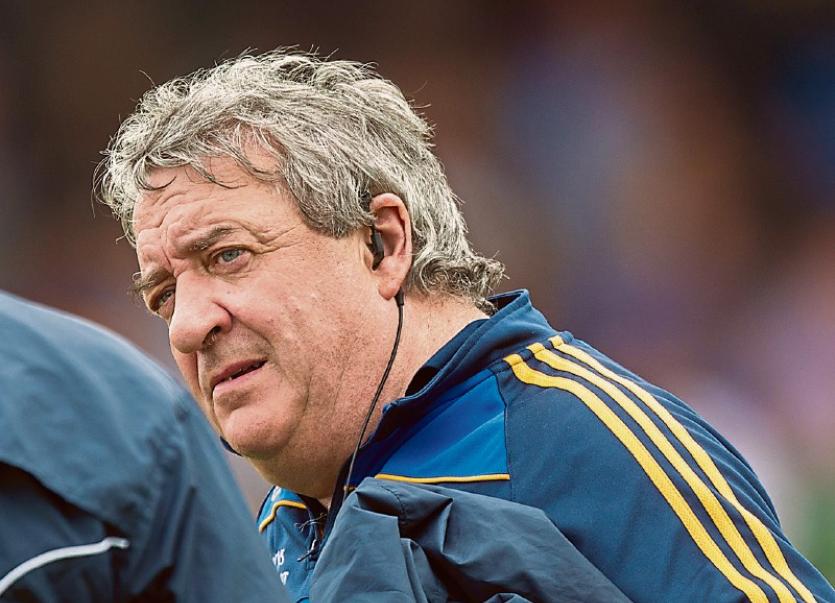 As if Monday morning’s draw for Round 4 of the Football Qualifiers wasn’t challenging enough for Tipperary when they drew Derry; the task became even more difficult later in the day when GAA authorities decided on a ‘neutral venue’ for Saturday’s game.

Tipp selector Tommy Toomey described the choosing of Kingspan Breffni Park in Cavan for the 5 o'clock game as being “a very jaundiced decison.”

“We are very disappointed with the venue. How can it be considered a neutral venue in any shape or form. It is an Ulster venue and Derry are an Ulster team. Only last Saturday they played Cavan there and beat them. They are used to playing there on a regular basis. Apart from three or four of our players, maybe McDonald, Austin, Hannigan and Fox, we have no others who would have kicked a ball there. It is approximately 83 miles from Derry; 170 miles from Tipperary.

“This decision was taken with no regard for the Tipperary team or for the Tipperary supporters who might like to travel to see this game. We would have considered a Leinster venue, maybe Tullamore, Mullingar even Navan to be neutral but not Cavan. This decision just doesn’t fit right in my mind, it’s a very jaundiced decision” added the Arravale Rovers clubman.

After giving his opinion on the venue itself, Tommy was quick to recognise that a venue never won a game for any team in any sport.

“But look, we are where we are now and we will deal with it. Looking back, we were disappointed with the result in Killarney against Kerry and we have now put that to bed. We have been recovering in our heads as much as anything since then and we were happy with many aspects of our play. We are not a bad team and it is all about confidence and belief and not taking the defeat at the hands of Kerry too much to heart.”

“We had a good tough week of training last week, three very solid sessions, Monday, Wednesday and Friday with full turnouts, and you could see the boys were focused and anxious to get back to the real business ahead,” he said.

“We are pretty much at full strength with Ian Fahey being the only one likely to be unavailable due to his ongoing foot injury. Kevin O’Halloran played a hurling game with Portroe last week and has a soft tissue injury but Kevin is expected to be fine for us for Saturday,” added Tommy.

“This week our focus will be on looking after ourselves, holding our energy, keeping our fitness levels up. We will also use the week to have a good look at Derry. They are a fine side having beaten Louth, Meath and Cavan already in qualifiers, coming from behind against both Meath and Cavan to win. They haven’t been on our radar in recent years as we operate in different divisions, but they are a serious outfit and they are on a very strong run at the moment and will be a very difficult challenge for Tipperary especially where the game is being played.”

“We will probably travel up on Friday night now, even though it is a 5 pm throw-in on Saturday. You couldn’t expect a team to spend 3-4 hours travelling on the day of the game,” he said.

“To have any chance of beating Derry we will need to rediscover our pre-Cork buzz if we are to have the opportunity of getting to the last eight. We are definite underdogs, moreso after the venue decision and we are venturing into the unknown, but we will not be afraid of Derry. I think we are in a good place mentally, rested somewhat after the Kerry game and there is a freshness about us that is good to see. If we can reproduce the form of the Cork game I think we will be in with a right chance of pulling off a major upset,” concluded Tommy.

Division 2 side Derry were eliminated from the Ulster championship by eventual winners Tyrone in their opening game back in May but since then they have come through three qualifiers in impressive style.

A Round 1 win over Louth in Dungiven was followed by another home victory against Meath. On Saturday last, the Oak Leaf County travelled to Kingspan Breffni Park - the venue for next Saturday’s game - and defeated Cavan.

Since the ‘Back Door’ system was first introduced in 2001 no other county has won more qualifier games than Derry with 24 victories. Let’s hope they don’t add to that record on Saturday next.