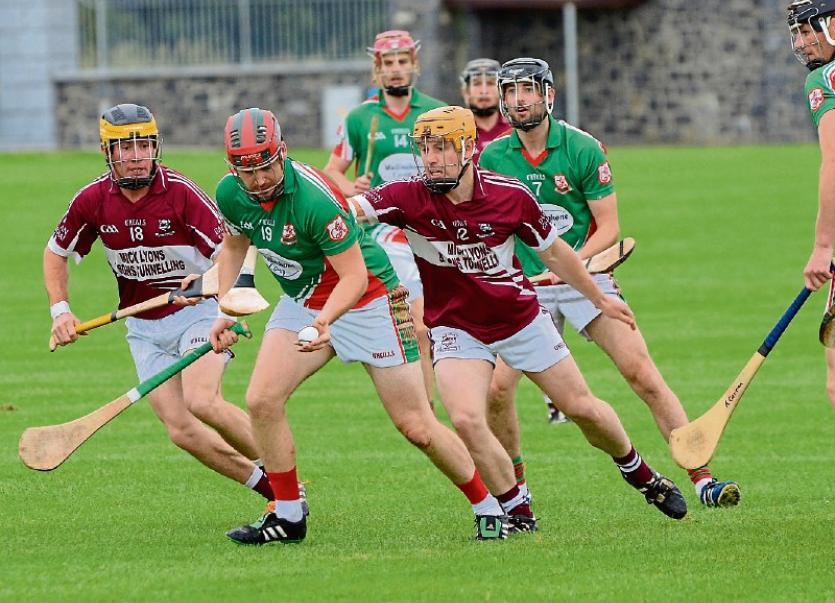 A battle wearied Mullinahone dug deep, and in truth they had to, to finally see off a gutsy Ballingarry on Saturday evening to claim a place in the South Senior Hurling Final for the third consecutive season.

Ballingarry, buoyed by their impressive win over Swans in the previous round, knew only too well that a positive start was imperative in this game, and an Ian Ivors goal inside 60 seconds was the perfect tonic.

He pounced when a deflected Trevor Ivors effort deceived the Mullinahone inside backline and wrong footed goalkeeper Alan Walsh.

James Logue then scored a huge long range free. Sean Curran steered over a point in response for Kickhams in an effort to dust off the cobwebs. Logue was very much orchestrating things with his long radar-like puckouts, finding Philip Ivors and Dylan Walsh time and time again.

Walsh, developing a reputation as the top young forward in South Tipperary, seized on a Logue delivery and scored an exquisite point from the narrowest of angles. Eoin Kelly pointed two frees either side of a great Enda Keane score, and moments later a Graham Horan point levelled proceedings at 1-2 to 0-5 after 13mins.

Ballingarry replied through Ian Ivors. Curran muscled his way into an opening and fired over a fine point to continue the games cat and mouse pattern. Ballingarry were looking for Dylan Walsh at every opportunity and when he pulled down another Logue puck-out from the clouds, he sent another free over the ball after he was fouled. Graham Horan then chipped in with his second point as the stalemate continued.

Mullinahone took the lead once more in the 25th minute from another Kelly free, and when Jack Shelly was fouled a minute later, Kelly with that familiar inward bend of the knee, did the honors once more. Having put his side ahead once again, disaster struck for the former Tipp skipper. A robust challenge, that at first appeared innocuous, resulted in a feared concussion as the game was halted for a good five minutes. In first half stoppage time on resumption of play a pair of Dylan Walsh frees restored parity at the interval.

Ballingarry would have been disappointed going in level at halftime given their lion’s share of possession, but when Eoin Kelly didn’t re-appear, they surely must have fancied their chances. A Sean Curran success from a 65 early on edged Mullinahone ahead by the minimum, which was followed up by a Kevin Bolger score, who benefited from a great Micheal Dunne pass.

Those two CJK points were swiftly cancelled out by yet another Dylan Walsh free and a massive rousing point from midfielder Paul Butler. Ian Ivors, arguable Ballingarry’s most dangerous forward, put their noses in front once again only for Enda Keane, who was a constant threat throughout, pointed following great work from Sean Curran.

Ballingarry who changed their long direct approach to more of running game were making inroads and carving openings. One such foray saw Niall Curran see red following a very late pull, and Mullinahone were very now much in a bind with twenty minutes remaining.

Dylan Walsh gave Ballingarry the lead with a free from distance, but when an inspirational Kevin Bolger equaliser sailed over the bar, we were set up for a grandstand finish. Mullinahone held their nerve as end-game approached. Two Trevor Ivor’s point attempts in as many minutes, dropped short, and when the chance arrived at the other end substitute Luke Mullaly scored an excellent point. Then a mis-hit by Philip Ivors let Alan Walsh save comfortably, but Ballingarry recycled and Adrian Cleere pointed.

Level again with the game in the melting pot, Paul Curran launched one more attack. Enda Keane, the recipient made no mistake and put the Kickhams men in front with the finishing line in sight. There was time for one last cameo though, this time Kelly the elder, the evergreen Paul swung over the winning score off his favoured left side to put Mullinahone in the final