Attitude and graft combine to see Tipperary dethrone the champions 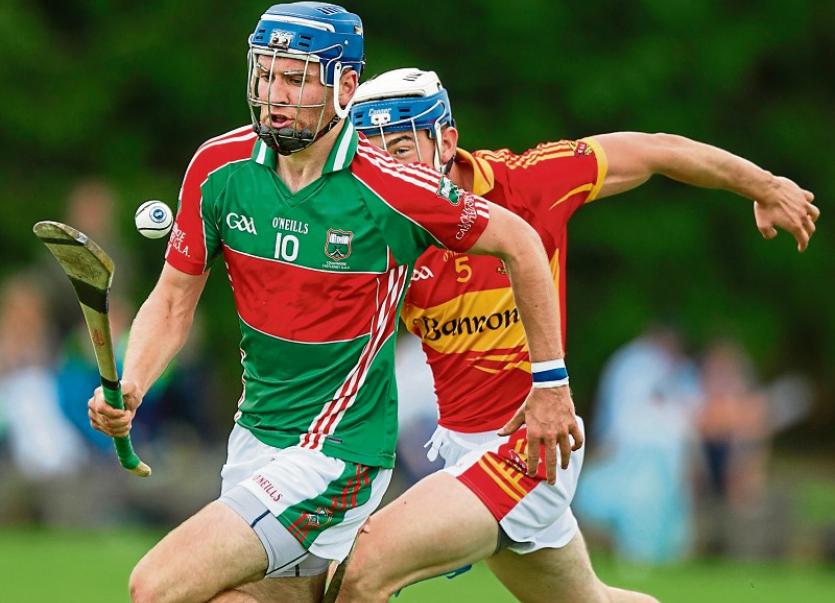 John F. Kennedy, it seems, had a fondness for the aphorism that a rising tide lifts all boats.

I’m not sure if the former President’s Wexford roots gave him an interest in hurling but that pithy observation certainly fits Tipperary hurling in the past week or so.

Where the seniors and minors went on Sunday, the U21s followed on Thursday. Winning can be infectious and Willie Maher’s troupe definitely fed off the feel-good factor from the Munster double; conversely Limerick’s defeats may have had a deflationary effect of their U21 side.

Either way this was a stirring win by the U21s who went in as outsiders against the reigning champions but hurled up a storm to avenge last year’s defeat.

The odds were certainly against them, even with home advantage. Limerick had the bulk of last year’s winners still available and with the significant benefit of an opening win away to Cork they looked well placed to advance to another final.

It didn’t happen and credit for that must go to a feisty Tipperary display characterised by hard work and a greater economy on available chances.

We were one-down at half time on a messy evening for hurling. It could easily have been worse.

Limerick’s string of wides into the town end would ultimately prove costly. At the Killinan end Tipperary were much more frugal and then had the benefit of the first major breakthrough of the evening.

That opening goal was well worked and precious, Conor Lanigan and Stephen Quirke on the supply line, which set up Andrew Coffey for the emphatic finish.

The quality of the play on a slippery surface was modest at best but it was all very tight with few openings at either end.

The second half maintained a similar pattern, just a point or two between them for most of the trip. Yet one sensed that the Tipperary lads were working harder, the defence holding very firm with strong-men, Fox and Maher, supplying the central spine and the attack patiently searching for openings.

Eventually the breaks would come after a few near misses. Conor Lanigan was denied by a brave intervention from goalie, Eoghan McNamara, and Stephen Quirke was close on a few goalmouth scrambles.

Ultimately, however, it was the replacements that unlocked the door to victory. I wasn’t convinced about the substitutions when they were made, but the impact of both Jason Ryan and Ronan Teehan certainly justified their calls to arms.

Teehan’s goal, showing alertness and opportunism to latch onto the break, was a huge score coming at such a critical time and giving Tipp that cushion against any late surge by Limerick. They needed it. Darragh O’Donovan’s goal gave the locals the jitters for those final few pressure moments, but the defence held firm and the champions were unseated.

It was a big win for Willie Maher and company. We got no breaks last year at the Gaelic Grounds in a tie that ultimately decided the championship. I can still visualise that great save which denied Ronan Maher what might well have been a winning goal. This time the team has fewer big names but compensated with attitude and bottle in such a tight contest.

The defence takes major credit for restricting Limerick to such a low score though the free count I’m sure will be on Willie Maher’s agenda ahead of the Munster final. Some great catches by Tom Fox and shrewd reading of the play by Ronan Maher were important aspects. Paul Maher got man-of-the-match on TG4 and nearly broke into French instead of Irish at the start of the interview!

Andrew Coffey was our main man around the middle though Billy McCarthy worked hard too. Again hard graft was the hallmark of the forward line with the likes of Conor Lanigan, Josh Keane and Mark Russell getting memorable individual points on a night when every flag was so precious.

Substitutions at all levels can be so influential and in the likes of Jason Ryan and Ronan Teehan especially we had vital additions that helped tilt such a tight verdict our way.

They’ll be outsiders again in the final where Waterford will be on home ground and anxious no doubt to exact some retribution for the senior mauling. They put on quite a second half exhibition against Clare in the other semi. A clean sweep of the major Munster cups would be sweet and even if it’s beyond us I can’t see this side buckling too softly. Good luck to them.

Meanwhile the home fires keep burning. On the local scene the South and Mid divisions set up final pairings with semis clearing the decks last weekend. It will be another Killenaule/Mullinahone affair in the South; Loughmore and Drom/Inch is an appetizing Mid prospect.

The pair of Mid semis at Boherlahan on Sunday won’t get rave reviews but each had its points of interest nonetheless. The McGrath dynasty is alive and kicking in Loughmore; they put on quite an exhibition in demolishing Moycarkey in the first of the semis.

People might complain about the one-sided nature of the games but when you get a display of sheer class from individual players it’s always worth the admission. We got just one cameo of brilliance in the first half, John McGrath taking on the Moycarkey defence and hand passing across to brother Noel who delivered the deftest of flicks to the net.

That was the interval margin but I’m afraid thereafter it all fell asunder for Moycarkey. Liam McGrath went on a scoring spree early in the second half, cousin John continued to torture the Littleton lads and with Noel and Liam Treacy and others also chipping in the margin eventually settled at seventeen points.

It would have been considerably worse but for the defiance of ex-Sarsfields’ player, Bill McCormack, in the Moycarkey goal, who pulled off a string of fine saves.

It wasn’t a game to make definitive judgments on Loughmore’s credentials; Moycarkey are way off this standard. Nonetheless with John McGrath in his present mood they have quite formidable firepower in attack. Maybe the defence might be vulnerable in areas; I’d tend to give John Meagher a more central role than wing back. Anyway the final squaring-up against Callanan and company will be more instructive.

For Moycarkey it was quite a lesson in the subtler skills. In fairness to Kieran Morris he looked to have the potential to hurt Loughmore with more support and a better supply. Niall Heffernan, ‘Shiner’s’ son, is a promising young talent too but they simply don’t have enough of them.

Curiously the second game was also tight and interesting for the first half before Drom’s superior firepower eventually overpowered Holycross. There was only two points in it at the break but the second half goals from Callanan and company were decisive.

The head-to-head between Callanan and Cathal Barrett was a fascinating individual match-up. Barrett was the big winner there though Callanan did get free for one of the second half goals. Barrett is some tigerish defender, must be a nightmare to mark because he’s so fast on his feet and so boldly confident.

In fairness to Seamie Callanan while he may find progress difficult in a game like this he still takes a lot of watching and inevitably that leaves room for others. The likes of Paul Kennedy, Kevin Butler and Shane Hassett availed of the space to land important goals. Callanan also had a penalty excellently saved by John Ferncombe and in fairness to Holycross they kept at it and only lost by seven in the end.

Remember Drom put out Sarsfields in the quarter-final while without Callanan. That was a major statement by the team though the overall impression on Sunday was modest enough. Woodlock still does a lot of hurling for the side, much of it these days while tracking back to help out the defence. Tommy Nolan hit some useful first half points but was less prominent in the second period.

I suspect Holycross won’t be too disappointed. They’d like to play Barrett in attack but against Drom he’s needed at the other end so it’s a case of when the quilt is too short either head or foot is exposed. They have a number of upcoming young players so it’s a matter of staying with it and building.

Their individual star on Sunday was undoubtedly Liam Dwan. He won a Lory Meagher Cup medal with Louth this year and on Sunday was their go-to man in the forward line causing Drom lots of problems.

I didn’t get to see the South semis on Saturday. Listening to some who did on Sunday they weren’t too enthused about the fare on offer though the Killenaule man as ever sees great glory on the horizon! The results went according to expectations though the margins were perhaps tighter than anticipated. It should be a good final between what are undoubtedly the top two in that area in recent times.