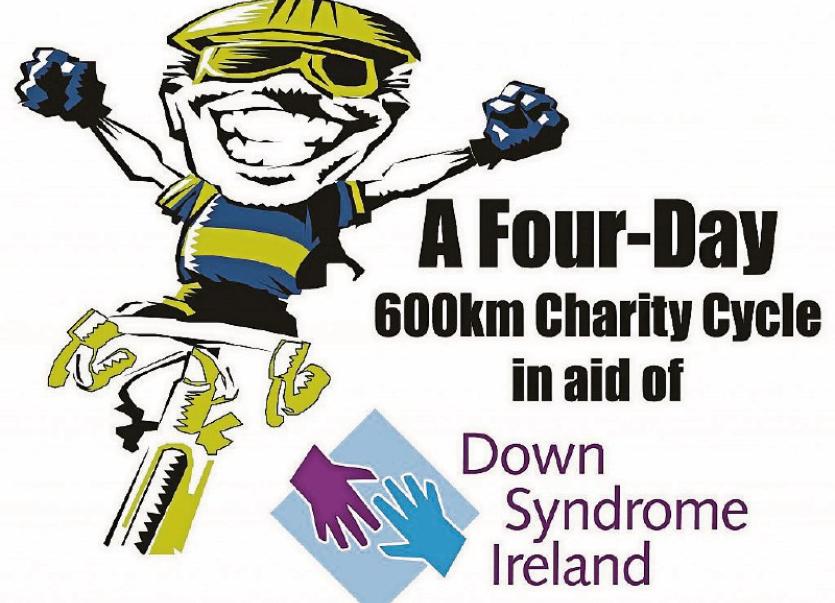 The Tour de Munster charity cycle will hit Tipperary in the coming week. The annual event in aid of Down Syndrome Ireland will be kicking off in Waterford on Thursday, 4th August, and finishing up in Cork on Sunday, 7th August. Over 100 cyclists have signed up for the Tour and are getting geared up for this year’s event!

Travelling over 600 km in just four days, the amateur cyclists will make their way through beautiful cities, towns and villages of all six counties of Munster. Joining them will be cycling legend Sean Kelly, who is a huge supporter of the event with this being his 11th year participating in the Tour de Munster. All funds raised from the charity cycle will go directly to the Munster branches of Down Syndrome Ireland (DSI), now in its 7th year as beneficiary of the cycle.

Since its inception in 2001, Tour de Munster has raised over €2 million for its beneficiaries with almost €1.6 million for DSI alone. Paul Sheridan, who established Tour de Munster, could not be prouder of the Tour and its many participants over the last 15 years.

The tour will visit Tipperary on Thursday, 4th August. Leaving Waterford City Hall from 9.40am - 10am. It will travel to Carrick-On-Suir (Sean Kelly Sports Centre): 11am - 11.10am