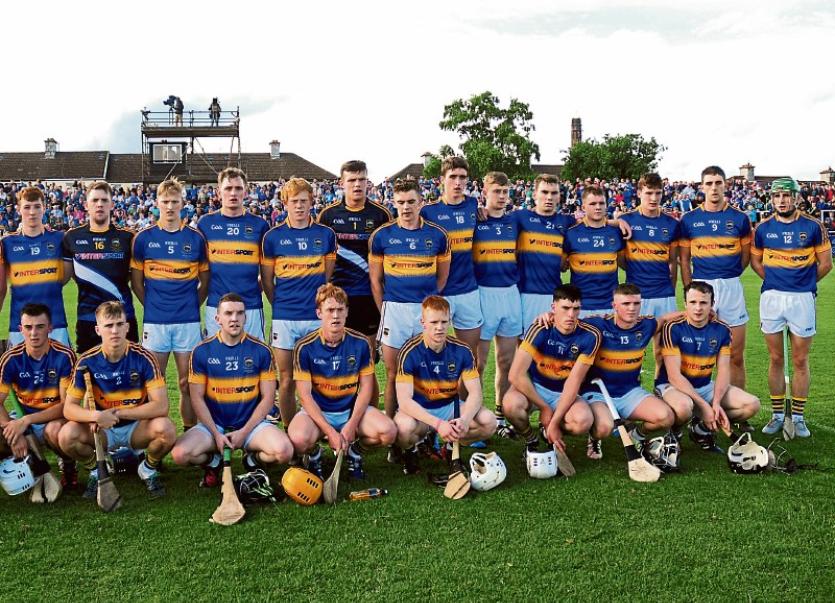 There was no shame in this ten-point Munster under-21 hurling final defeat to Waterford - the Tipperary lads gave every ounce of themselves to this campaign and you can ask for no more than that. If there is glory to be found in defeat then that is where you locate it - these lads played for something more significant than a result and for that we thank them.

That said, having just witnessed Waterford run a big dirty tractor over Tipperary’s ambitions to win a 21st under-21 provincial crown and a first since 2010, team manager William Maher looked a little bruised by the experience and in manifest need of a good lie down.

"Look, we are bitterly disappointed - we didn't come down here to get beat. We came down here to win tonight and we didn't. We're all real raw competitors and we are obviously disgusted that we didn't win," William Maher explained to the assembled press corps.

"We knew exactly what they were going to be like - Waterford are a fantastic team. Austin Gleeson really turned up the heat in the last fifteen minutes. He's a fantastic ball player and hats off to him - you can't do anything when a guy is in that kind of form.

"Ten or one - it probably does not matter a whole lot; it does not make that much of a difference. I can't fault our lads, the effort and the attitude that they gave me all year was fantastic. The better team wins on the night and Waterford were definitely the better team tonight."

Although Tipperary played with a raw determination and no little style in the opening William Maher's men trailed by two at the break - the deficit extended to five early in the second half, but Tipperary, in a highly encouraging show of grit, fought back and found themselves level (0-14 1-11) entering the final quarter.

“We were well in it with fifteen minutes to go, but that's hurling,” Maher said.

“They were the ones who showed that bit of desire with fifteen minutes to go; they had the few extra senior players, those quality players and that told in the end. They are a fantastic team and very well done to Waterford. We have no complaints; they were the better team on the night and the better team wins."

It still took an amazing piece of ingenuity in the 50th minute when Stephen Bennett's flick set up Peter Hogan for a game-breaking goal to finally see off this Tipperary team.

"That's the quality of players that they have and they can do that,” William Maher said in reaction to Bennett's sublime piece of skill.

"I thought Conor Lanigan was unlucky for a penalty in the first half - you will see that on television later. There were one or two other controversial instances that I am hearing about on Twitter, but that's hurling. That happens on the night so fair play to Waterford."

The management team - manager William Maher (Ballingarry), selectors Liam O'Shea (Kilruane MacDonagh's) and John Devane (Clonoulty-Rossmore) - will take take consolation albeit scant from the fact that this group of Tipperary players gave so much of themselves to the contest.

“You can't ask for any more from our fellas - they gave us a huge amount of commitment, effort and their attitude was spot on. But when Waterford turned up the heat with fifteen minutes to go they went away from us."

And, William Maher was careful to highlight that, ultimately, the role of the under-21 grade and his remit as a coach is/was to prepare players for Michael Ryan's Tipperary senior hurling team. Indeed, William Maher was eager to emphasise that this group of under-21s should push on and have the ambition to playing for the senior side.

"It's very much a case of working hard and getting their bodies in shape to play senior hurling,” William Maher explained.

“The step up is massive and to make the Tipperary senior team at the moment would be a massive ask for any nineteen, twenty or twenty-one-year-old. They know the job that they have to do to get themselves in a position to hurl for Tipp and that is what we are trying to do as a development area here; to get guys through to Michael (Ryan - senior hurling manager) and to play senior hurling for Tipperary."