Tipp ladies crowned All Ireland u-16 'B' champions 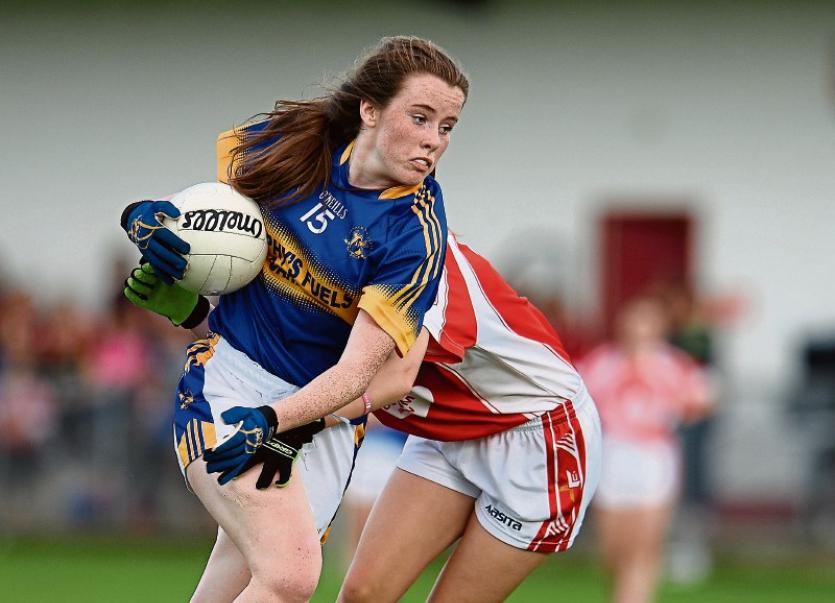 It was another great day for Tipperary ladies football on Wednesday when the county's under 16 'B' team won the All Ireland title for the third time in eight years.

It was the sec ond All Ireland title for Tipperary in the space of four weeks, with the under 14s claiming national honours in July.

Add in the Munster final win by the Tipperary intermediates and it represents a great month for the game in the county.

The win over Louth was a team effort but special mention to Marie Creedon for a wonderful display.

The daughter of team selector and former Tipperary senior football manager Peter, she drove Tipp on from midfield and deservedly won the Player of the Match award.

Two great goals from Anna Carey and at third from Katie Cunningham helped Tipperary to 3-10 to 0-4 half time lead, and although the Wee County improved in the second half, they never threatened the Tipperary lead.

Following the match, a proud captain Rosin Daly accepted the cup on behalf of her delighted team mates.