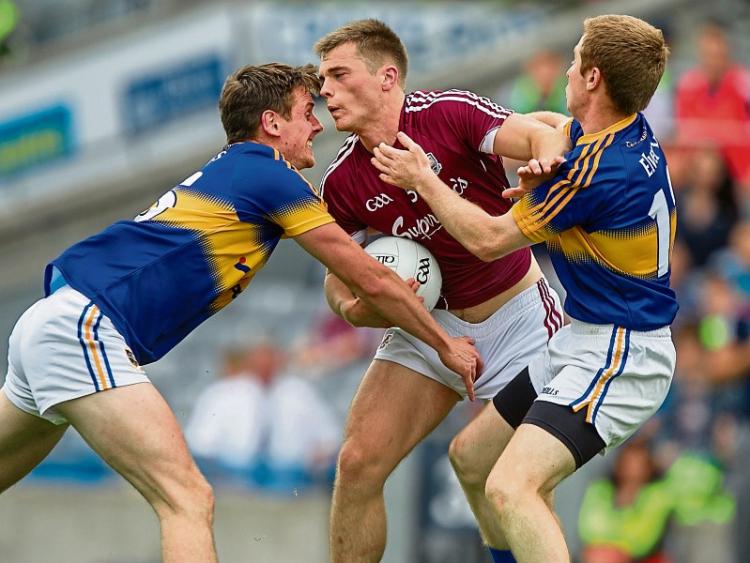 Oh what a glorious day for Tipperary football. Not so much the victory itself - so unexpected by most - but the manner of the win. It was a master class of a performance, a display full of panache, flair, style, played by a side full of hunger, empty of fear. The Tipperary players were marauding warriors on the big stage. They won easily and could have won by even more. It was, without exception, the greatest day for Tipperary senior football in decades

For those who questionedbefore throw-in if Tipperary were now a serious footballing county, they had their answers on a plate before 6 pm on Sunday evening last. Tipperary are most definitely deserving of their place in this year’s All-Ireland senior football semi-final with a tie against either Mayo or Tyrone standing in their way of a place on the biggest stage of all in late September.

Liam Kearn’s side had handed Galway a mother-and-father of a footballing lesson, a nine-points hammering that could have - and should have - been more. That Tipperary could cast aside the luxury of five gilt edge goal chances, kick 12 wides and not score for the final 20 minutes of the game, indicated the dominance of their performance against the Connacht champions who came to Croke Park as favourites. They went back west with no complaints, unlucky to have been the ones to run in to a Tipperary team that were due to give someone a lesson and earning some rightful respect in the process.

On Sunday last Tipp travelled more in hope more than confidence. Just two years ago the same sides had met in Tullamore in the knockout stages of the championship with the Tribesmen winning by an unflattering five points. On Sunday last, a better Galway team, this time Connacht champions with the JJ Nestor Cup in their possession, arrived in Croke Park expecting more of the same. Not so this time, Tipp gave it back to them in spades. This is, without doubt, serious progress for Tipp football

It was Galway though who started the better and led 0-4 to 0-1 after a nervy opening quarter of an hour for Tipp in which they kicked four wides. Mercifully Tipp avoided conceding an early goal in the 11th minute when Danny Cummins nearly got to the end of a ball across the goalmouth.

Tipp's only score in this period came from sweeper Brian Fox who started and finished the move with a fine point from outside the D in the ninth minute.

Tipp's first goal arrived in the 16th minute, a run through the middle by Robbie Kiely provided George Hannigan with a toe poke chance which the keeper parried but Michael Quinlivan was quickest to react to fist home for a levelling 1-1 to 0-4.

Thereafter Tipperary kicked on and over the next 16 minutes added six points without reply from Quinlivan (3 including a free), O'Halloran (2, including a 45) and Conor Sweeney. With five minutes to the break and leading by six, Tipp had things very much under control and the one thing they didn't want before the break was the concession of a goal.

Galway midfielder Paul Conroy had his side's first point in all of 18 minutes to narrow the gap which was quickly nullified by a sublime left legged effort from Conor Sweeney.

But disaster struck just before the interval. Paul Conroy won a midfield ball and went straight through the Tipp middle to offload for Damien Comer to blast past Evan Comerford. A six points cushion had been reduced in half in a flash. Game on again.

As expected Galway re-emerged to chase the game and got a tonic start of a pointed free by Shane Walsh after just 50 seconds. But another free by Kevin O'Halloran soon afterwards steadied Tipp nerves against a Galway run.

The game would be decided in the next five minutes bookended by a pair of goals by Conor Sweeney, playing the football of his life over the past couple of weeks.

A swarming break from defence by Tipperary sent Bill Maher away and even if his inside pass to Sweeney seemed a little heavy the Ballyporeen man adjusted well to slide the ball under full-back Declan Kyne and past keeper Bernard Power for a huge Premier boost.

Two fine points from Quinlivan and O’Halloran followed to stretch Tipp's advantage to eight points before the Ballyporeen man finished the game with a proverbial sucker punch. A long delivery from outside the 45 from Jimmy Feehan was deftly back flicked by Sweeney past a helpless Galway keeper and suddenly Tipp were 10 to the good at 3-11 to 1-7.

It should have been even greater.

When Tipp forced a turnover from the Galway defenders three minuts in to the second half it provided Michael Quinlivan with a clear run a goal but his left legged effort at placing the ball past Bernard Power was saved.

And in between the Sweeney brace Tipp had a further goal chance this time Michael Quinlivan put Philip Austin in the clear but the Borrisokane's man efforts went across the face of the goal and wide.

Tipperary had yet another goal chance in the 58th minute via Michael Quinlivan but again the Clonmel Commercials man had little luck. Thankfully by game’s end none of these chances were of any real consequence so much was Tipp's dominance.

From the time of Conor Sweeney's second goal to the end it was very much a case of Tipp nailing down their superiority and keeping the impressive workrate up in order to stem any potential Galway momentum.

The Tipperary rearguard were awesome and at each and every opportunity there was one of them on the move to add width to the attack. None more so than Robbie Kiely and the former Arravale Rovers man got his deserved reward halfway through the second period. From about 30 metres out on the sideline under the Hogan Stand and with the outside of his right boot Kiely delivered the point of the game if not the year. It was that good.

Tipp’s final point of the game arrived 20 minutes in, Moyle Rovers clubmates Alan Campbell (who covered every blade of grass on Jones’s Road) set up team captain Peter Acheson for a pop at goal which was deflected over for a point. That they went 15 minutes and six additional minutes of added time without raising a white flag and still won comfortably is indicative of their dominance.

Galway huffed and puffed at nothing in that same period and they could only muster three points in the final 20 minutes. Indeed four of the six forwards were substituted including the highly-rated Shane Walsh who failed to score from play in his 62 minutes on the field - credit to a determined Tipperary defence.

Michael Quinlivan, with a 1-4 tally, was awarded man of the match, but if his contribution in front of goal was somewhat off, his performance and workrate out the field was immense throughout. Definitely a man who loves the biggest stage to express his undoubted talent. But there could have been a half a dozen thus feted. The backline were outstanding as a unit with the half-line of Bill Maher, Robbie Kiely and Jimmy Feehan trojan. Colm O'Shaughnessy and Ciaran McDonald held the inside line to just four points from play all day.

Captain Peter Acheson and George Hannigan put in a huge day's work, the Shannon Rovers man improving from his Derry outing as his fitness levels improve after his recent injury.

Brian Fox was outstaning in the role of sweeper, taking every available opportunity to add impetus to attack while Josh Keane, playing his third inter-county game in just eight days, was popping up everywhere providing options all day for forward play.

The inside line of Conor Sweeney, Michael Quinlivan and Philip Austin looked threatening all day and will be a cause of concern for whatever defence is next up. Next day though they won’t have the luxury to leave so many scores behind.

Tipperary introduced their first sub with just six minutes of play remaining - a testament to the performance but also of the high level of fitness these players are now at, something that manager Liam Kearns referredto afterwards. Alan Moloney, Shane Leahy, Martin Dunne and Mark Hanley got little time to impress but it was good that they got to be part of this magnificent and historic day for Tipperary football.

It was a long time coming but when it came it was a beauty to behold.

Well done to all involved.