Austin rates Sunday as 'No 1' in his 10-year career 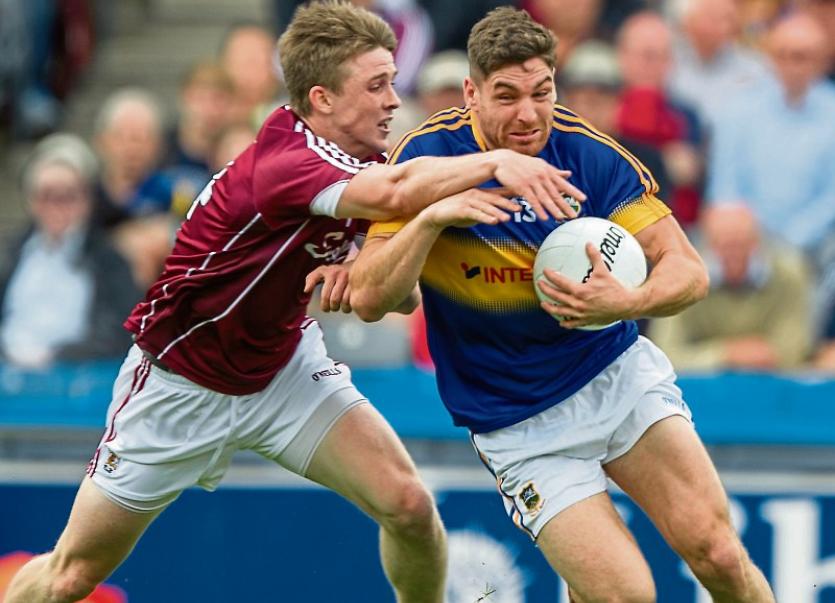 Long serving Tipp forward Philip Austin had no hesitation in rating Sunday’s All-Ireland quarter-final victory over Galway as the greatest performance he has been involved in during his 10-year career with Tipperary.

When asked if this was Tipp’s best-ever display during his career, he responded: “Number one. I think so, yeah. We went in at half-time three points up and we couldn’t believe it because we were six or seven points a better team in that first half.

“And we knew ourselves we didn’t do it justice.

“We rallied around at half-time and continued where we left off. Once we got a lead, we were fairly well-established and we were able to hold it fairly well.”

Galway opened the second half impressively as Shane Walsh pointed a free after the Tribesmen won the throw-in.

But Tipp’s response was excellent. “We got a point straight away after that kicked on with another goal and a point.

“To be honest, after that, we kept tipping away. Once it went six or seven, we pushed on again and freed up a little bit more.

“There was no panic at all at half-time.

“It was just a matter of rallying around, getting our game-plan back in position and explaining to everyone what kind of position we were in and how we were going to push on in that second half.

“And that bit more belief in ourselves that we were the better team. Sometimes, when we’re better than a team, we have to be five or six points better off to win by a point but today everything just clicked and went our way,” added the 30-years Borrisokane clubman.

And Austin hailed the maturity of his teammates as they adapted brilliantly to Croke Park in the county’s very first All-Ireland SFC quarter-final.

He went on: “You have to remember that we’re carrying maybe 11 of the starting 15 with Munster final medals, and some with All-Ireland medals. “They’re used to playing on the big stage and they push the rest of us.

“There’s a lot of leaders on the team, leaders in every line and when you’re looking around the field and you’re out on your feet a little bit, you’re looking for leaders and they stand up then to be heard.”

The schoolteacher added: “I think our style of play suited us. We were more economical with the ball which meant we had to do less running. We were doing a lot of kick-passing, which we were trying to do. It worked for us and we didn’t have to cover as much ground but there was a lot of ground to be covered all the same. There were a lot of lads out on their feet.”

“That’s what we go training for, to practice these styles of play. “When it finally comes to fruition, it’s great to see, it’s marvellous really. We’ve line-breakers all through the field and everybody pops the ball off to the man.

“Everybody has great trust in the player they’re playing beside and they’re fighting for them. You can ask for no more, really.”

Pressed on the upcoming semi-final

“Listen, we’ll enjoy ourselves for the next couple of days and then we’ll reassess next weekend after we see the game (quarter-final).

“We have a great backroom staff and they do unbelievable video analysis. We’ll go and train and they’ll have everything picked out for us. They’ll have a game-plan in position and we’ll see what we can do.”