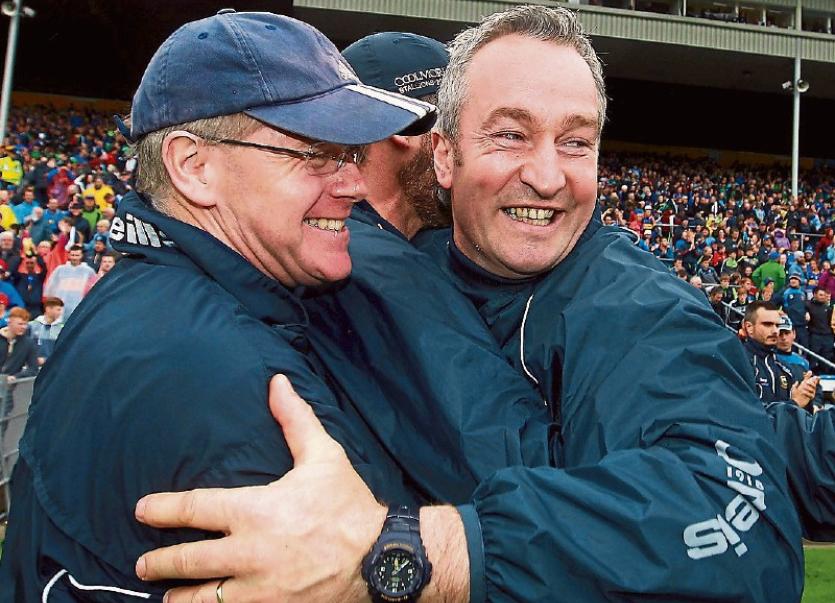 On a hurling map of Ireland Munster should be marked with an x, a cross and annotated “here be dragons”.

The last time a county managed to win the Munster championship by beating three recognised hurling rivals and then progressed to win the All-Ireland title was in 1966 (Cork).

Clare (1997) and Cork (1990) turned the trick when winning Liam MacCarthy via a provincial quarter-final, but both of those campaigns featured encounters with Kerry. With the Kingdom removed from the equation, however, no one has managed it in fifty years. And, it is a feat which Tipperary have not managed since 1958. Indeed, it is eleven years since the Munster's champions went on to win an All-Ireland title (Cork in 2005).

Having survived a tricky provincial campaign Tipp aim to scratch this fifty-year itch and the first obstacle placed in front of them comes in the form of Galway on Sunday, August 14th.

Can Tipperary realistically expect to achieve what no Munster county has achieved since 1966? Is it sensible to expect Tipperary to peak five times this summer?

Well, if they do pull it off it will be down, in large part, to the fact that they have a solid man in charge. Upperchurch-Drombane’s Michael Ryan belongs to a discreet and stoic generation which is not inclined to complain or make a fuss - you imagine Ryan as the kind of man who, during a storm at sea, might simply lash himself to the mast and wait out the hurricane by reading the paper. He has that nothing-gets-to-me look.

So, why have the Munster champions fared so badly in the All-Ireland series?

“There’s a question. I don’t know,” Michael Ryan told the Tipperary Star with a smile.

“One of the very obvious answers is that they have come up against what is the best team, as far as I am concerned, in hurling and in hurling’s history in Kilkenny.

“It’s not something that we are happy about in Munster. We are very proud of our province and we put a high value on winning a Munster final. That we haven’t, any of us, closed out the All-Ireland at the other end is disappointing. But don’t underestimate, and none of us should underestimate, how good Kilkenny have been and are,” Michael Ryan said.

“We called it out good and early that we wanted to win a Munster final because we felt it was the best preparation for this team going forward. But this is a new competition that we are facing into now. The safety nets are gone; it’s knock-out hurling and it’s all to play for. I think it will be a fantastic game, a huge, huge challenge for Tipperary, but we are game for that.”

But for the out-standing form of Séamus Callanan Tipp would have suffered a much more significant defeat (0-26 to 3-16) against Galway in the 2015 All-Ireland semi-final.

“I think we were lucky to be within a point to be honest with you. We didn’t play well on that day,” admitted Michael Ryan.

“We depended so much on one player who had the lion’s share of our scores, but the levels we didn’t get to in terms of intensity was, probably, the most disappointing part of all in that game last year.

“The opportunity and our inability to do something with that opportunity was very disappointing.

“It was only a one-point loss at the end of the day, but I think it would have been a huge injustice to Galway if we had to sneak a win or even a draw out of that.

“It’s very hard to put your finger on it being honest. I don’t think we underestimated Galway; I don’t think we ever do to be honest with you, but we were certainly not at the level that we needed to be,” Michael Ryan added.

“I don’t subscribe to the notion that one team bullies the other. I think that they got to a level of intensity that we just didn’t match or couldn’t match. And, that’s the tragedy for us. We were the ones left soul searching as a result. I really admired their intensity; they got to a level that really set the bar for us in 2016 as to what we needed to reach and how we needed to evolve to get to that level.

“It was a hugely unsatisfying end to what was a promising 2015 - again we negotiated a tough Munster campaign and beat a very difficult Waterford (team) in the Munster final. So, that was a disappointment to be honest with you and it hurt us all, the players included.

“But I think experiences, and they are harsh experiences, do steel you. And, I think the lads have driven this as much as we have in terms of management. They really wanted to get back to this point come hell or high water in 2016 and we’re here.

“Now we have to get through this game and get a result. The prize is great. I keep saying that - every prize is a great prize for us. We know that and we certainly don’t take it for granted.”

When Galway beat Clare (2-17 to 0-17) in an All-Ireland quarter-final the prospect of facing the Tribesmen once more worked to concentrate the minds of the Tipperary players.

“Clearly we were very interested in the result of that match,” Ryan explained.

“Is there a bite (to training)? I think there is a target and a focus. But I would like to think that there is always bite in our training. It’s exactly how it should be. It’s a healthy situation to be in.”

And, there is no doubting that this Galway team are capable of testing Tipperary to the very limit, once more.

“We are well aware of them. And, they are very good at the back. I did happen to say to our boys that they are a bit like ourselves: quite mobile, quite physical and they have a lot of hurling talent in the team.

“I really think it will be a great match. I think, literally, it will just be a puck of the ball that will separate us.”

hurlers who are men

In order to negotiate the up-coming semi-final Michael Ryan, fortunately, has great means at his disposal in terms of talent - men who are hurlers and hurlers who are men.

And, since Ryan enjoys the luxury of having a talented squad to choose from he can declare the terms and conditions for inclusion in the starting fifteen. He has clear ideas about what is required and what kind of player can be relied upon for the most daunting of assignments. In Ryan’s disciplined world the mantra is simple: deliver in training or spectate.

Indeed, that philosophy will now be stress-tested - John O’Dwyer, who shipped a suspension following a red card against Limerick, is back in contention for a starting place. Trouble is the team did just fine without him.

“He is now available, but he is treated like everybody else; he is there to compete,” Michael Ryan insisted.

“Will we have any changes for the next day? Maybe, yeah. I think it’s a great sign of a team that it is evolving. I think, at this stage of the year, that you don’t get as many surprises as you will for a first round, needless to say, but there is a very, very healthy bunch competing and competing every day to get a chance. And, it’s real, it’s absolutely real. It’s exactly what we want. We want that level of competition that we have got and it’s driving us. It’s the reason why the first fifteen are performing and why the first twenty are performing - it’s because they are being chased every single day at training. And, it is exactly how it needs to be.

“Injuries happen, we never wish for them to happen, but a lot of the time our cards are played for us.”