Brendan Maher: 'It is nice to get a crack at Galway because we want to play the best' 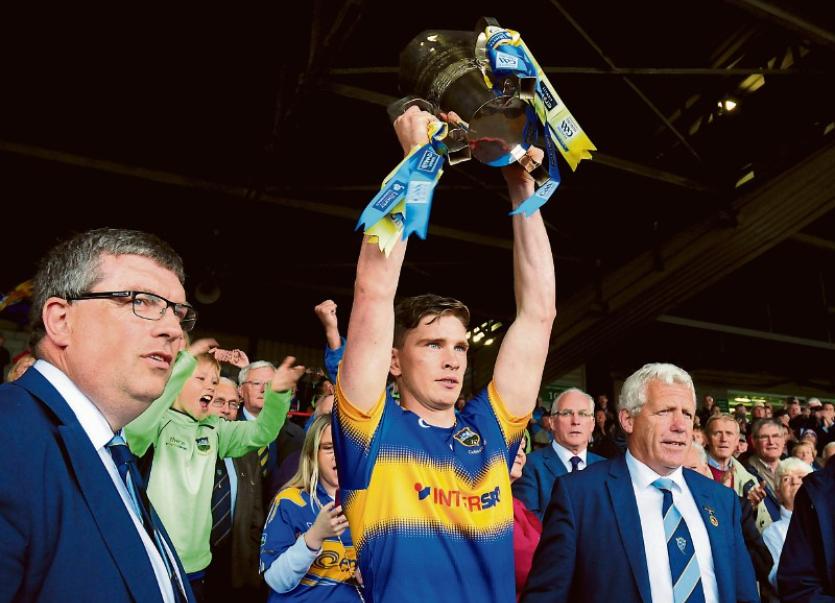 Everyone has their favourite player and the selection reflects the nature of the person doing the choosing.

We don’t name this favourite as the greatest, we admit the weaknesses, but what is indicated is that this player means more to us than any other. He is the player who springs to mind when we ask ourselves what hurling looks like when we enjoy it most. And, to many Brendan Maher is what Tipperary hurling looks like when Tipperary hurling is played well.

There are qualities to Brendan Maher which make him an outstanding hurler, but there is something else which elevates him: his decency. The Borris-Ileigh man is an old-fashioned warrior to savour who has frequently driven Tipperary forward, but always done so modestly. And, like most Tipperary players he has known some bad times; he has known what it is like to be built up and then knocked down.

This journey, which has featured thirty-three championship appearances, has given him perspective. You suspect that his career would have tested most men’s love of hurling, but you also suspect that Maher has learned from just about everything that has ever happened to him. His creed: concentrate on what is important.

“I think that through experience you start to realise what's important and who is important. You just realise that and you reflect a bit more,” Brendan Maher explained at a recent press night hosted by the Anner Hotel, Thurles.

The Galway hurlers were criticised sharply following a loss suffered at the hands of Kilkenny in the Leinster final. And, Brendan Maher found himself empathising with the Tribesmen. After all the temper of Tipp hurling fans often seems shorter than a summer midget’s stride.

“We have probably been the most criticised team in hurling over the past number of years,” Maher revealed.

“Galway have, obviously, got their fair share of criticism this year and you would feel sorry for them as players. There is all this talk of player power and all that, but I know, as an inter-county hurler, and I have no doubt that the Galway boys are no different, that all you want to do is go out and play. There are no hidden agendas, all you want to do is go out and do yourself proud. You want to play and represent your county. I would definitely have empathised with them. I think a lot of it is unfair. We have got our fair share of criticism so you would understand what they are going through.”

Following the footballers All-Ireland quarter-final win over Galway in recent weeks Ciarán McDonald indicated that the lack of support for Liam Kearns’ men worked, to some extent, as a positive: there was no pressure to perform whereas he did not envy the Premier hurlers whose every move is watched.

“That is something that we try to find a balance with,” Brendan Maher explained to the assembled press corps.

“There is a lot of pressure as a Tipperary hurler, but you have to have that sense of freedom to go out and perform to your best as well. So, it’s about, maybe, accepting that there is pressure, but also realising that if I want to play the best that I know I can play I need to be going out with a free spirit. It’s about finding the balance.

In ways those who have lost in big games are that bit more interesting than those who have won. Serial winners are not confronted with as much - how many times have we seen the true character of the successful wildly exposed. We always think winners require the character not to lose, but, in actual fact, it is the vanquished who have to demonstrate real character.

Those who miss out are forced to reflect on the painful defeats and develop a tremendous self-awareness from that same experience. And, Brendan Maher has been through a series of painful defeats.

“You draw on it, definitely,” Maher agreed.

“I suppose we have probably experienced everything you can within the sport so far. Lads would openly say that there was an element of hurling with fear for a couple of years because there was so much pressure, but I think we are dealing with it a lot better now. We have matured as people. We are still young, but we have matured a little bit more and we have learned to deal with the pressure that comes with playing for Tipperary.”

Press rewind and hold your finger down for a while . . . this time last year Galway presented Tipperary with one of the most painful defeats of them all. Hurling’s oldest lesson was presented to the side captained by Brendan Maher: the day that you think you have the thing cracked is the day it all comes crashing down.

“It’s probably hard to describe,” Brendan Maher said as he tried to rank the defeats in order of the pain caused.

“Last year’s semi-final defeat was, I suppose, one of the toughest I have had in my career, but then in saying that I remember crying for days after the 2009 All-Ireland, 2011 defeat and in 2014 I suppose being captain there was a little bit more on the line for myself.

“To be honest, speaking for myself, I have tried to learn from those defeats and try to be a bit more free about the whole thing. I think sometimes that thinking back on those (defeats) can catch you a little bit in what you are doing at present. You acknowledge it, but it never corrupts your thoughts.”

Of course last year’s defeat suffered at the hands of Galway hurt that little bit more since the Tipperary players openly spoke about their determination to close out Eamon O’Shea’s term as manager with as healthy a dollop of success as possible.

“It was Eamon’s last year and it was a very, very difficult defeat,” Maher admitted.

“But he is still in contact with us; just because he is not the Tipp manager doesn’t mean that he does not have an influence on us. He is still a major Tipperary supporter and very much a part of this group. Even though he stepped aside we owe a lot to him for what we have done so far and what we have achieved so far and, hopefully, we can take it on a step further now.”

A CRACK AT GALWAY

Tipperary will need each and every one of their leaders if they are to get the better of Galway on Sunday, August 14th.

Indeed, Brendan Maher revealed that the playing group are eager to get another crack at Galway - ambitious players want to test themselves against the very best.

“There is no point in looking at it in any other way.

“It is nice to get a crack at Galway because we want to play the best and Galway are up there with the best.”