St. Mary's player praised as one of the team's new leaders 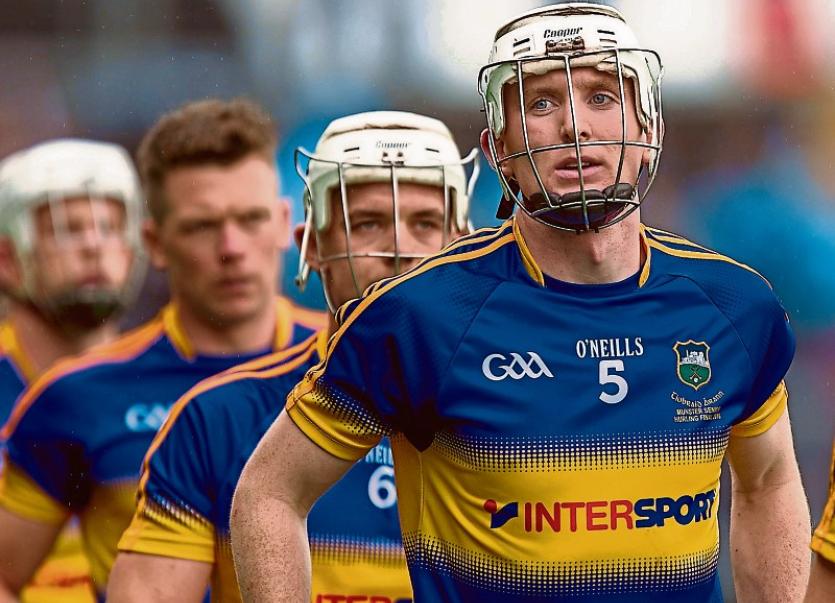 He may only have made his senior hurling championship debut towards the end of May but the impact that Seamus Kennedy has had for Tipperary in a few short months has been recognised by team captain Brendan Maher.

The St. Mary's, Clonmel player, who turned 23 at the end of June, was a surprise inclusion in the side for the opening Munster Championship game against Cork.

However he has since cemented his place in manager Michael Ryan's starting fifteen with a string of impressive performances against Cork, Limerick and in the Munster Final win over Waterford.

"We had some great leaders over the past number of years and a lot of them retired, so it was a case that someone needed to step up and we needed new leaders", says Brendan Maher.

"It wasn't just the lads who won an U-21 All-Ireland six years ago, there were other fellas that are a lot younger who have stepped up and are massive leaders.

The likes of Michael Breen and John McGrath and Seamus Kennedy came in.

They mightn't say a whole pile or be in the media or anything like that but they are massive leaders in our team and they speak with their actions, which is probably the most important thing", the captain said ahead of Sunday's All-Ireland semi-final against Galway.

If Seamus hadn't been helping the county hurlers reach the business end of the championship, the chances are that he would have had another All-Ireland senior semi-final to look forward to with the county footballers.

He made his inter-county senior football championship debut in May of last year, scoring a point from play in the big win over Waterford in Thurles.

He held his place in the team for the provincial semi-final against Kerry, also at Semple Stadium, when Tipp gave a good account of themselves before slipping to a six-points defeat.

Kennedy was back on the scoresheet with another point when Tipp got the Kerry defeat out of their system by hammering Louth in the All-Ireland qualifiers before their season ended with a defeat by Tyrone.

2015 finished on a high note for Seamus Kennedy when he was one of the stars of the Clonmel Commercials team that won the County Senior Football Championship (his second, to add to the success in 2012) before they became the first Tipperary club to win the Munster Club Senior Championship, beating Nemo Rangers in the final on a glorious November day in Mallow.

Around the same time he was called into the county senior hurling panel by new manager Michael Ryan.

He didn't feature during the National League - on the same day that Tipp beat Dublin in their opening game he lined out for Commercials in their heartbreaking defeat by Ballyboden St. Enda's in the semi-final of the All-Ireland Club Championship - but he subsequently made the most of the call-up by forcing his way into the team for the championship.

Seamus' progression through the ranks has been rapid since his inclusion on the Tipperary minor hurling panel in 2010.

He represented Tipp at minor football in 2011, when he was wing back on the side that won a historic All-Ireland title, and played for the county U-21 footballers in 2013 (when he was captain) and 2014.