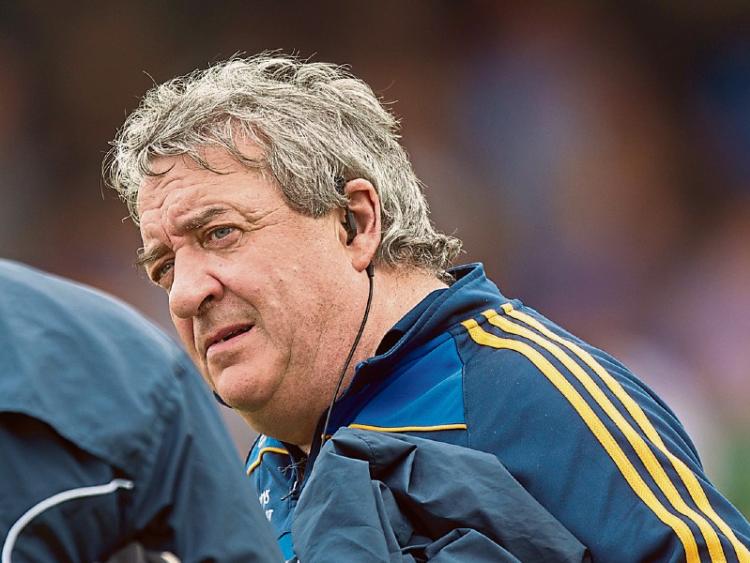 So after six days of waiting, Tipp finally got their All-Ireland semi-final opponents confirmed at Croke Park on Saturday last - the result not the expected one - Mayo overturning the bookies favourites Tyrone.

Now Tipperary manager Liam Kearns, and his backroom team, can once again concentrate on a serious job of work ahead, knowing that just seventy minutes of football separates the side from a first All-Ireland final appearance since 1920.

But this football journey for Tipperary, like a Himalayan mountain climb, gets much tougher as it nears the summit. And further yards gained will be harder won than ever before. This is high rarefied altitude for Tipperary, nose-bleed territory almost.

What now remains in the race for the Sam Maguire - isn’t it great we can even mention the Dunmanway man in a Tipperary football sentence - are three top-tier Division 1 teams and Tipperary, Division 3 minnows, almost gatecrashers at a Gaelic football high society party.

But, before anyone shouts. Tipperary are here fully on merit, their performances to date deserving of a cut off the top teams - Mayo, and perhaps, who can rule it out, Dublin or Kerry in a final.

Liam Kearns and some of the Tipp backroom team were in ‘Croker’ on Saturday last to watch Mayo book their place in a sixth consecutive All-Ireland semi-final.

Arravale Rovers clubman and Tipp selector, Tommy Toomey, was impressed with the Westerners’ display on the day.

“Yes, we were there, in good seats to see them and one had to be impressed by the Mayo performance. It was a game of attrition for sure, and Mayo came through in the end. This is an experienced Mayo team and they can mix it when needed and they can play it anyway you want them to. And they had to and they did against Tyrone when they needed it.

“Mayo are now through to their sixth semi-final in a row, Kerry their fourth in a row, Dublin their seventh in a row, and it is our first since 1935. So that’s just one measure of the task that lies ahead for Tipperary in two weeks time. But we won’t be overawed by facts like that. We know what we are capable of doing and what we can achieve on a good day with the right performance. We have done it this year already against Cork, Derry and Galway, and what we have to produce the next day is our very best performance against Mayo,” added Tommy.

Since surrendering their Connacht crown this year - after five consecutive wins - Stephen Rochford’s side have come through the qualifiers with victories over Fermanagh, Kildare and Westmeath. Last Saturday’s win over the Red Hand County, puts them just one game away from their eighth final since 1989. If ever a team wants to get back to Croke Park for a final it is Mayo - their last seven final appearances have ended in defeat. Their last success (Mayo have three in total, Tipp four) goes back to 1951 when Sean Flanagan brought ‘Sam’ across the Shannon for the last time.

According to Tommy Toomey “This Mayo team are a seasoned outfit with some top class footballers in their side. Aidan O’Shea was outstanding on Saturday last, in his man-on-man style. He won everything especially under the high ball and he created a lot of problems for Tyrone and he will for Tipperary also. So we will have to try and come up with something to curb him.

“But they have many other stars and have been performing at the top level for the past seven years or so (Mayo have won 14 All-Star awards since 2011). Tipp on the other hand operated in Division 3 this year. But we won’t talk ourselves down in any way either. Other teams know what we are about now. We are not in the long grass anymore. And if Galway might have treated us with some little bit of complacency, Mayo certainly won’t,” added Tommy.

“Our intention over the next couple of weeks, as much as is possible, is to build up to this game in a similar way as we did for Cork, for Kerry, for Derry and for Galway. We will strive to keep our players on the ground as much as possible. Last week was about light sessions in training, getting everyone back right, giving any soreness or injuries a chance. This week we will be back at what we consider our normal training week with the intensity upped,” he said.

“We will be advising the players about not getting carried away, keeping them out of the spotlight, away from the media glare as much as we can. We will want them to concentrate their energies totally on Croke Park in two weeks time. We don’t want any sideshows or distractions now. Look, Mayo are 1/5 with the bookies and we are 5/1 against to win this game. There will be pressure on Mayo too to prevail. They are the Division 1 team with all the stars.

“But the best thing for Tipperary to do now is what we have been doing all along, that’s the bottom line. Keep to the same formula that is working. Any big changes at this point in time would be counter-productive, we feel, added Tommy.

I put it to Tommy about the buzz around the county now with both teams, for however long it may last, still involved in the All-Ireland championships - the only county with two teams still in the hunt.

“Yes it is great that Tipperary are involved in both football and hurling still. It is also great for our sponsors, Inter-Sport, to have their brand, both teams still standing. The focus now switches to the hurlers next Sunday - and we wish them every success against Galway.

“And it is a help to the footballers too that the hurlers are in an All-Ireland semi-final. It takes some of the attention off of us, for this week anyway. We hope every sports fan in the county - be it soccer or rugby or whatever - get behind the teams and follow them to Croke Park.

“We reckon we had about 2,000 supporters in Croke Park for the Galway game - normally we would have 500 max at a league tie - and we hope for more the next day against Mayo. The support really helps the players in their performances and all the players were genuinely taken aback by the Tipperary supporters staying to greet them in the Hogan Stand after the Galway win. Psychologically it was a great boost to them to see that support, to see what it means to the fans. That is pride in the Blue and Gold and we want that the next day too,” Tommy said.

“But going back to Mayo. There is no getting away from how good a team they are, and how experienced they are at this stage of the competition. It will take a huge performance from our lads to match them. But we have put in three top class displays ourselves against Cork, Derry and Galway, and even the win against Waterford in Dungarvan the first day, by eight points, was good too because we had worries about Waterford on their own patch. But it has been a good championship year for us to date and we know it is down to getting the best performance out of the team now. If we do that against Mayo who knows. We will prepare over the next two weeks or so to make sure we do just that,” concluded Tommy.