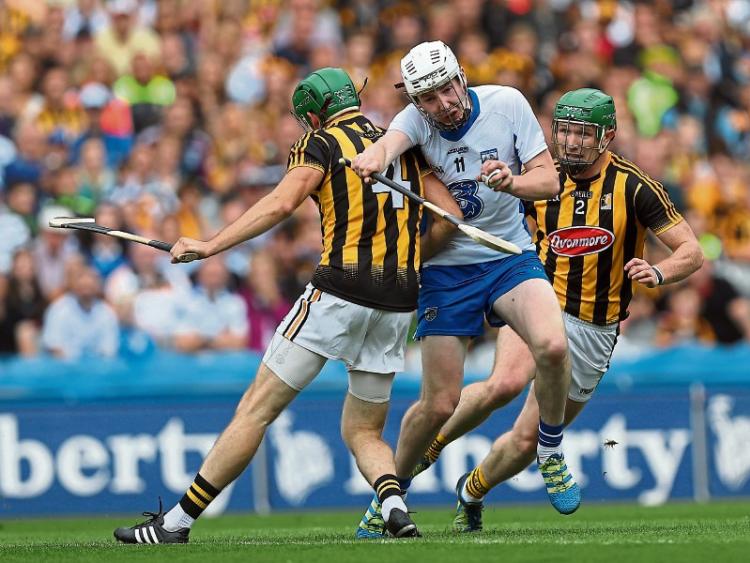 There's an old adage in hurling that you don't give Kilkenny a second chance. The same applies to Kerry and football.

So will that be the main thing on the minds of Waterford players as they prepare to take on the All Ireland champions in a replay this Saturday evening?

It might be but it shouldn't be. Instead they should concentate on how they could and should have won on Sunday.

They laid the ghost of the Munster final and came at Kilkenny with all guns blazing. It was like Waterford hurling of old, man for man, and it worked. It may not have got them over the line but they were only inches short.

Tipperary and Galway still don't know who the winners of their game on Sunday will play in the final but they should do by Saturday evening unless the replay in Semple Stadium ends level again.

Can Waterford play as well again? Will Kilkenny have learned lessons?

Brian Cody's demeanour on the sideline in Croke Park suggested that he thought the title had slipped from their grasp. He doesn't hide his emotions well, especially when his team are struggling, and he knew they were in difficulty as the game neared its conclusion.

But when the final whistle blew he realised he had six days to get it right for the replay. Wherever he thought his side's shortcomings were will be addressed. He cannot do anything about how Waterford play on Saturday evening but he will fashion out how Kilkenny make the most of their second chance.

A five point lead in the second half had suggested that Waterford were on their way to the final, and taking Kilkenny out of the equation for both Tipp and Galway.

The Cats kept chipping away at the lead and when it was back to three they knew a goal would be crucial. And then it looked as if was four again until Hawk Eye intervened. The umpire had signalled a point but referee James Owens called for a Hawk Eye intervention and the word 'Níl' on the giant screen must have deflated the Deise.

Once again the electronic system had come to Kilkenny's aid - Tipp fans must have thought back to Bubbles' late free in the All Ireland final.

So now Kilkenny were back to within one score and it duly came. Waterford had missed goal chances of their own but Walter Walsh made no mistake for the champions, finishing well from a move that spelled danger from the moment it started.

But back came Waterford and when Pauric Mahoney pointed his ninth point from a placed ball, and thirteenth in all, it looked as if they might still sneak a win with the game deep into injury time.

A long puck-out from Eoin Murphy would have resulted in a fifty-fifty ball that could have fallen to an attacker or defender. That's not the Kilkenny way. Instead a short puck-out saw the slitohar eventually reach Conor Fogarty and if his well hit equaliser didn't break Waterford hearts, it certainly bruised them.

But they will need to get over any disappointment before they make their way to Thurles this Saturday. Any chink in the mental armour and Kilkenny will punish it.

The most encouraging aspect for the Deise is that they know they can mix it with Kilkenny. They put in an epic display with players such Austin Gleeson, Pauric Mahony and Kevin Moran lighting up Croke Park. They also had the more effective subs, with Patrick Curran scoring a peach of a point immediately after his introduction.

They tore into Kilkenny from the start and matched them for all of the game. What they didn't do was take all their chances and set up any real goal-scoring opportunities.

They know they had this game won if defensive laxity hadn't allowed Walsh the space to shoot to the net. But that was only one minute out of the seventy plus played.

They know that if they bring the same intensity to the replay they can record an historic victory. Sunday's display was good enough to beat most teams - unfortunately for them, Kilkenny aren't most teams.

It's never wise to start writing obituaries for Kilkenny hurling, even after a display where they didn't scale their usual heights. There might be any number of reasons why they had to battle so hard to keep their season alive.

You can be sure that Brian Cody will find out what they were and work to make sure they don't happen again.

Derek McGrath cannot control that. Yet he still has destiny in his own hands. Waterford have a second chance at redemption as much as Kilkenny and if he can send out his team with the same drive, mindset and ferocious will to win as he did on Sunday, then he may be a very interested observer in how the other semi-final between Tipperary and Galway unfolds on Sunday.