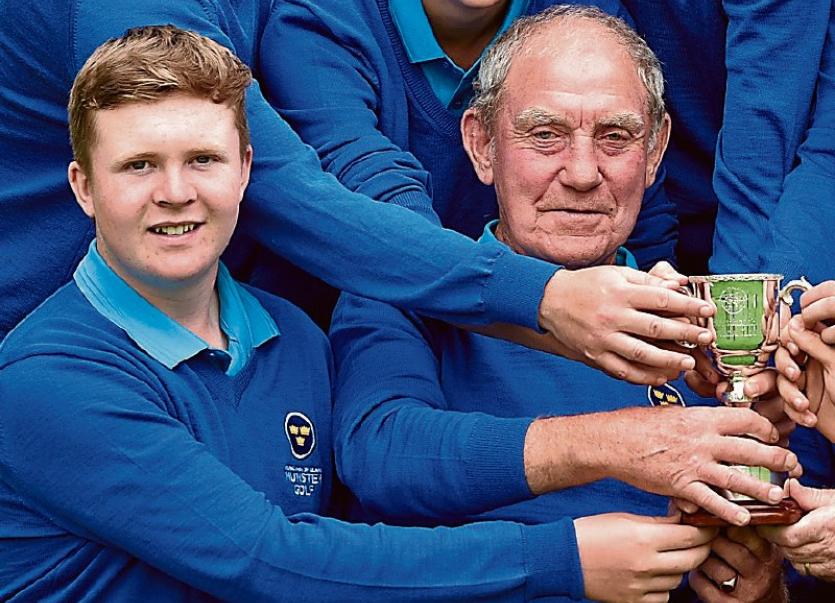 Clonmel Golf Club will next week stage both the Irish Open Under 16 Championships and the Irish Junior Foursomes semi-finals and finals, for the first time ever.

Staging these prestigious competitions, especially the Irish Open U-16 Championships, is a huge scoop for the Clonmel club, based at Lyreanearla on the Mountain Road, three miles outside of the town.

The competitions provide a huge opportunity for the club to showcase its picturesque club which has undergone some major improve-ments over recent years.

According to lifetime Clonmel G.C. member, John Fennessy, who is also a member of the Munster GUI Council, “this is the biggest event ever to be staged by Clonmel Golf Club. It will attract the very best of Ireland’s underage golfers to Clonmel, many of whom already have provincial and international experience. It gives Clonmel Golf Club an ideal opportunity to showcase their course and also the chance to display to one and all their ability to stage further major competitions here.”

John, who recently managed the Munster Under 16 team to success in the inter-provincial championships, went on to say:

“This is a fantastic honour for the club to host these championships. Most clubs in Ireland would be honoured to stage such prestigious golf tournaments. There is also the spin-off benefits for businesses in town as 156 players and their families will need to be accommodated locally also. So it is very good to have these championships here in Clonmel.

“The very best players from all 32 counties will be competing and there will also be many excellent golfers from abroad (32 overseas entries), from Portugal, Germany, Italy, France, Scotland, England, Turkey and the United Arab Emirates. It will be serious competition over the three days of play which begin on Wednesday next.

“Clonmel hosted the Munster Under 16 Championship last year in which a young Spanish golfer, Eduard Rausaud, broke the course record with a magnificent 64. That whole event went off very succesfully and the golfing world was talking about this Spanish prodigy for weeks afterwards. That kind of exposure did Clonmel no harm at all. Provided everything goes right next week from an organisational point of view, Clonmel could put themselves in line for the staging of further championships into the future,” added John.

Incoming Clonmel Golf Club president, Liam Maunsell, was excited at the prospect of next week’s event.

“The club is delighted and honoured to be staging such a prestigious event for the very first time at Clonmel. The very best of Ireland’s up-and-coming golfers and many star players from throughout Europe will be taking part and it is a tremendous shot in the arm for our club.

“We have invested a lot in improving the course over the past number of years and we are now able to showcase it by hosting such an important golf tournament over many days. The boys will find it a tough and testing challenge, which is exactly what they want,” added Liam, who also a former captain at the club.

Liam went on to add:

“Great credit is due to our long-serving club member John Fennessy, a member of the Munster Golf Council, who was the driving force behind securing this tournament - and the Munster under 16 tournament last year - for Clonmel.

A quick glance down through the starting field shows some serious talent taking part not least the likes of John Brady (Rosslare) who plays off a -2.1 handicap and Mark Power (Kilkenny) whose handicap is -1.8. Another stand out feature are the Telli triplets (Ahmet, Onur and Emre) who are coming all the way from Turkey to measure their standards against some of the best in Europe.

Besides Ian Halpin of Cahir Park, there are two other local boys in the field, Darragh Lynch (Slievenamon) and Oliver Pearson (Cahir Park).

The junior foursomes semi-finals and finals involving the four provincial winners will take place on Tuesday; the semi-finals at 8 am with the final at 1 pm.

The three-day 54 holes singles strokeplay Irish Open Under 16 championships will commence on Wednesday. After two rounds of play (Wednesday and Thursday) the field will be cut to 50 (plus ties) for the final 18 holes on Friday. Over the three days, it will provide a great opportunity for members of the public to come and see these stars of the future in action.

According to John Fennessy, “provided we get the weather next week the scoring could be spectacular again like last year. The talent is amazing and there could be many potential winners from all four provinces and overseas. But two to look out for are Edward Walsh (Mallow) who won the Munster Under 16 Close in Carrick-on-Suir on Thursday last, and also local boy, Ian Halpin of Cahir Park, who finished runner-up in Carrick. Both these lads were part of our successful Munster interpro team in Tullamore last month. But there are stars from all over taking part. It should be a great week of golf overall and we are all looking forward to it very much”, concluded John.