The View: Hurlers and footballers know what they must do - Waterford the same now 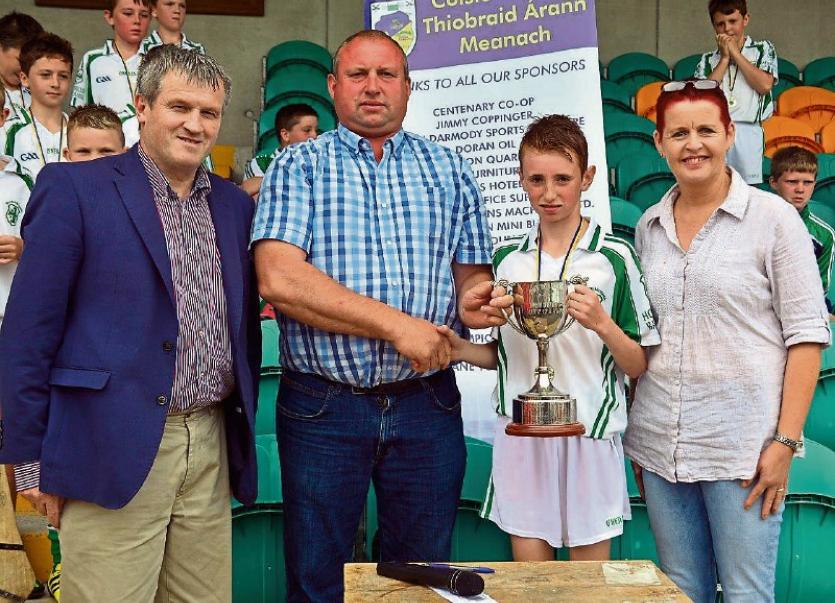 So, all has been revealed. Our entire focus for the next few weeks on the inter county front will have a very distinct Connacht flavour with Galway on the horizon for the minor and senior hurlers and Mayo the opponents for the senior footballers a week later. It's going to be a massive seven days for The Premier County - it's great to see that Croke Park are offering significant discounts for those wishing to attend both semi-finals. When one considers the relatively small attendance at last Sunday's semi between Kilkenny and Waterford, you can be certain sure that attaining half capacity in either of Tipperary's games would be welcome. Offering discounts is certainly a help to achieving that.

Anyone who predicts that Tipperary will canter to the All-Ireland Final with victory over Galway on Sunday, should refer back to the notes from last years same fixture in Croke Park. Eamon O'Shea's charges were expected to reach the final, but were sucker punched by the Tribesmen with a last gasp winner. Why? Because Tipperary failed to function as a unit in attack and had to rely on superhuman heroics from Seamus Callanan to stay in the game.

But, there is a different air about Tipp this season and the management will be emphasising the need to work like demons right to the end, not give Galway the chance to launch attacks, and see the game out right to the final whistle.

If Tipperary play like they have done in the provincial championship, they will not be beaten. But, all too often in the past we have seen scenarios where Munster has been our playing field and Croke Park our killing field. That needs to change and it would appear that the current crop of players have been enabled with the skillset to achieve just that. They have that bit of grit, the fire-in-the-belly, and the resilience to prevent major setbacks, and perhaps more importantly to get over them, when they arrive. There will always be setbacks in games - Bubbles dismissal in the semi-final against Limerick being one - but Tipperary put the heads down, shouldered the burden and took on the challenge with relish. There will be big challenges on Sunday too - Galway possesses real threat in attack, but Tipperary's defence has been rock solid. If that should change on Sunday for some reason, and it could easily happen, it will require strong characters to stand up and be counted. Thankfully, we seem to have those characters at the moment and they are doing the business for Tipp.

Will Bubbles get a start? He may well not. Who do you leave out if the Killenaule man comes back in? And, think of the huge impact he could make coming into the fold with half an hour or twenty five minutes to go, the game hanging in the balance and the pace having slowed a bit. It's a big call for the management team to make and one which will be watched with great interest by the GAA fraternity.

Nobody doubts O'Dwyer's abilities and one will have expected the Killenaule man to have learned a very hard lesson from his impetuous reaction against Limerick in the semi-final. He will have moved on from that and will have much to prove on Sunday in whatever role he plays in the game. A player of his talent with something to prove is exactly what every manager wishes for when he sits down to plot and chart the gameplan.

Of course, Galway have much to prove this season and just like the Mayo footballers, they ousted their 2015 management team having gotten them so far in previous seasons - the similarities will not be lost on Premier County folk preparing for the double visit to Headquarters in seven days.

Galway will have plenty of incentive and the fact that many regarded last years semi-final win as being very fortunate, since practically everyone was predicting another Tipp v Kilkenny final, has irked them somewhat. They will want to prove that last year was no flash in the pan and they would also like another crack at Kilkenny to reverse last years All-Ireland Final and this years Leinster Final defeats. Perhaps reversing the pattern of those games - their second half capitulation in each - should be their goal. They will know by Sunday who the opponents will be in the final - if it's Kilkenny, it will be redemption time. If it's Waterford, it will be opportunity knocks. For both.

Last Sunday's semi-final was a pulasting affair and Saturday's replay in Semple promises to be as good. Have Waterford missed the boat? It's hard to say. Nobody will want to write off Kilkenny, but they didn't play anywhere near their best on Sunday - they weren't let. This column has been predicting a Waterford v Tipperary All-Ireland Final since the provincial decider - the feeling being that there was a big game in The Deise. Have we seen that big game or can they repeat the performance? It will be a big ask of them, but they should be infused with confidence following their display in Croke Park. Ironically, given what happened with the Munster Final venue, they will relish coming to Thurles as well. Kilkenny will surely be asking themselves questions, but it in the past they have found the answers. Generally, you don't give them a second chance and you have to hand it to them for the manner in which they fought back from the brink. It was however, hard to credit how Waterford could leave two Kilkenny players free for the last play - especially a midfielder within range, who has the habit of scoring.

The heart says Waterford for the replay and maybe even the head too. But, history says it will be Kilkenny. It's shaping up to be a super weekend of hurling action.

The minor hurlers will tackle Galway in the curtain raiser knowing that victory will set up a repeat of the Munster Final. This is a very fancied Galway side though - they were said to have been a year ahead of themselves when they won the All-Ireland last year, and they will take beating. Tipp though, have met challenge after challenge head-on and they will approach the semi-final in the same manner on Sunday. Best of luck to our young guns - a good start to semi-final day, could be half the battle.

You want Mayo with that?

The Tipp senior footballers season so far has been a double decker sandwich with quality teams providing the filling. So, now the mayo' is being applied to the very appetising semi-final after their victory over Tyrone on Saturday.

Speaking of quarter finals, they will be a thing of the past should the latest proposal from hierarchy get the go-ahead. There will be extra games with groups coming into play and less chance for upsets in the concluding rounds, it would appear. But, what nobody seems to be harping on about is the extra weekends it will take to run off those games and the cost to domestic championships as a result. Normally, if you have reached the proposed group stage and played three further games, you would have played in a quarter, semi' and All-Ireland Final. Not so with the proposal though - you'll still only be at semi-final stage with three weekends taken out of the equation. It will be very interesting to see if counties go for the format. Certainly, the bigger ones will probably support it. But, there are more minnows than big guns and that could be the telling factor.

Right now, Tipp's football focus is on applying a 'dressing' down for Mayo!!