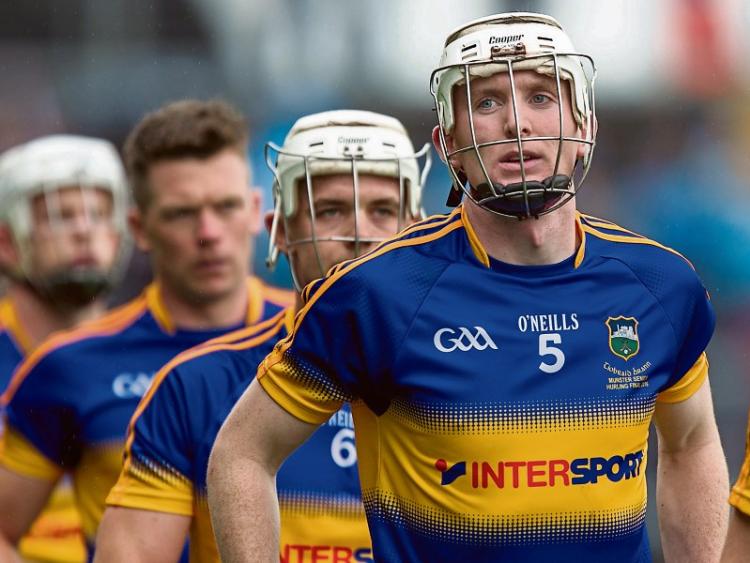 The narrow victory over Galway in the All-Ireland Senior Hurling semi-final was a reward for the Tipperary team keeping faith with their principles, says Seamus Kennedy.

"You just have to stick to the belief, and what Mick (Ryan, the manager) and the lads have done for the last seven or eight months", the St. Mary's Clonmel player said in the aftermath of Sunday's one-point win.

"I think we did that, that’s really the joy, to get a result once you stick to your values and stick together. We’re very happy with that.

It was fairly clear to see we stuck to the plan we had, we stayed hurling and trying to get the ball into the right areas for the forwards, and eventually it came right.

You just have to keep knocking on that door and thankfully it opened up today.

Anytime you come through a game like that it’s always great, so we're happy out.

Like last year against Galway, the games just take on a life of their own, and you have to deal with it as best you can.

And thankfully we took the chance that came to us in the end and got through it".

He was also pleased that the team had managed to win a tight game.

"It’s been tough as a supporter for the last few years to take those defeats, so I can only imagine what the boys felt like going out today. It’s just so nice to come out on the right side of it".

The wing-back only made his Tipperary senior debut against Cork on May 22 but he has kept his place with a series of impressive displays, the latest of which came in Croke Park last weekend.

He had already graced the hallowed turf of GAA headquarters when he helped Tipp win the All-Ireland Minor Football Championship five years ago.

However this was his first appearance there with the Tipp senior hurlers.

Now he's preparing for the All-Ireland Final against Kilkenny, a match that he says he"can't wait" for.

"Obviously there’s huge history there, we’ll enjoy today first and then look forward to it".