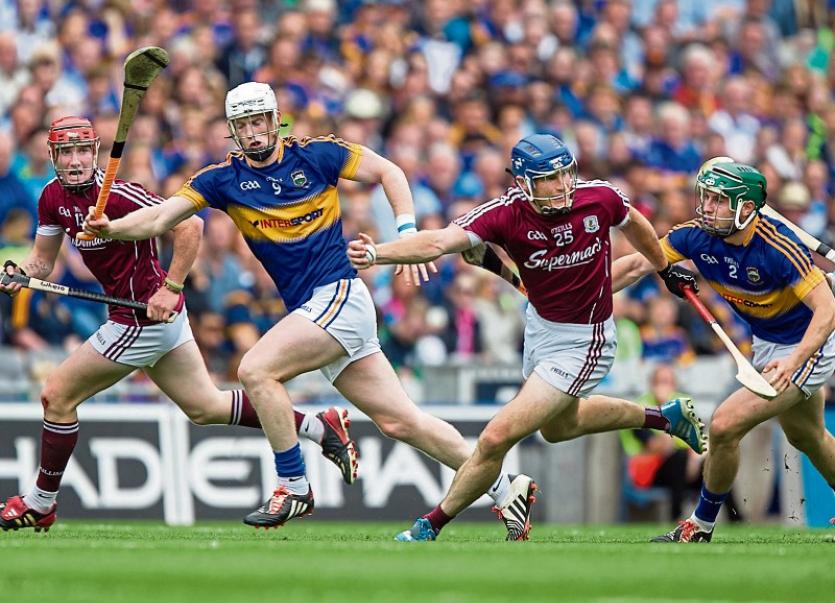 Tipp midfielder Michael Breen feels that the team is "just coming right" but he doesn't underestimate the challenge that lies ahead.

"Kilkenny are a mighty team and it will take more than what we performed today to beat them", he said as he looked forward to the All-Ireland Senior Hurling Championship Final on Sunday fortnight, September 4.

He put the change in mentality that helped them get through Sunday's difficult semi-final against Galway down to "tough hurling, back-to-basics hurling, things that great Tipperary teams have done in previous years when we were winning All-Irelands.

We just tried to build those traits into our team, it's working for us and hopefully we can keep driving it on", said the midfielder whose three points against Galway brought his tally to an impressive 3-5 from play in four championship games.

"It has been said that we lie down in tight games, but not this year. We've developed that mental toughness. We built on it throughout the league, throughout the championship.

From the mental side of things a game like that will toughen us up a small bit. It was just back-to-basics hurling, in-your-face hurling. You had seconds on the ball, seconds to make a decision, it will bring us on and will give us good confidence going into training on Tuesday night, we'll look forward to that.

It was just so hard to get in possession, you might get half a chance and the ball is gone again. It was just about getting on the ball again and again and trying to do the right thing. Mistakes are always going to happen.

In the first half Galway were on top of us and we just had a quick word at half time, we knew we had to drive it on".

Reflecting on the defeat by Galway in last year's semi-final, he said "twelve months ago it was a completely different dressing-room. This year we're just delighted to get through it.

It was such a tough game, with loads of running and loads of work.

Last year Seamie (Callanan) had the game of his life, it was open for him inside. This year it was so tight back there, he just broke it down, he worked hard. He did it for the team and he's a much happier man today.

As a collective we're just delighted that we worked hard and got on the right side of the result".

When questioned about the Tipperary footballers and their All-Ireland semi-final this Sunday, the Ballina player wished them the best.

"There's a good spirit in Tipperary at the moment, good vibes and hopefully they (the footballers) can drive it on as well".