Minors show real killer instinct to gun down the champions 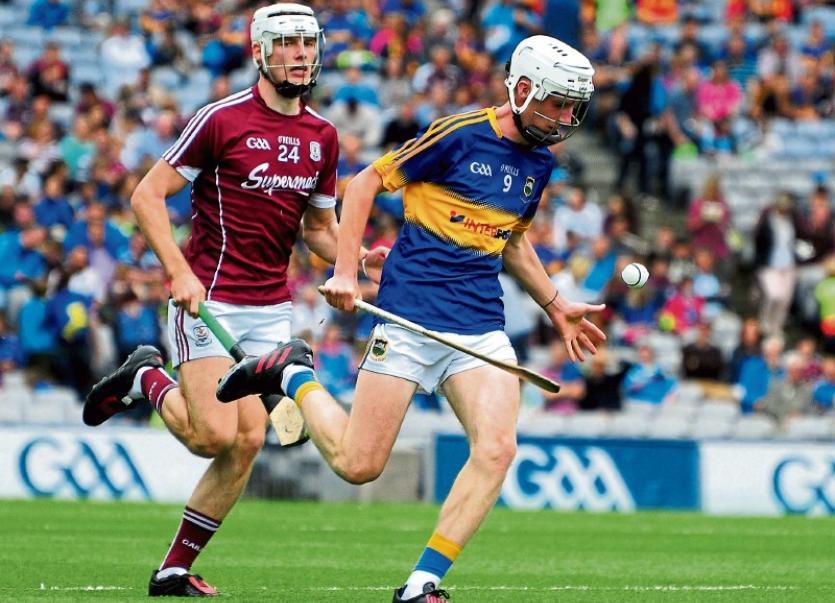 Goals win games as they say, and when you bare bagging seven of them, as Tipperary did in Sunday's All-Ireland minor hurling semi-final, chances are you are going to emerge successfully writes Noel Dundon.

So it turn out in Croke Park as Liam Cahills men put Galway to the sword in devastating fashion as they pilfered three first half and four second half green flags to record a massive fifteen point victory over the defending champions.

This was a highly fancied Galway outfit and the enormity of the task facing Tipperary had been drilled into the player by the management team for the last few weeks. But, this bunch of players have faced challenge after challenge this season and they have embraced them all head-on. Now, for the first time all season, they will be favourites going into the All-Ireland Final against the team they defeated in the Munster Final - Limerick.

“We definitely didn’t think we would come up here and win by 5 goals. We came up ready to hurl and go out about our business the way we’ve worked on the training field and there were patches of it that came off that we worked on. There were patches of our play today that were average as well -shooting ten wides in the first half would be a massive concern. A lot of our decision-making was poor as well, and I’m just putting it down maybe to the majority of the players getting their first run out at Croke Park. They would improve a good bit from that,” Tipp Manager Liam Cahill said afterwards.

Tipperary enjoyed the expanses of Croke Park and used the space to very good effect. In fact, they cold easily have enjoyed a far bigger winning margin with quite a few chances going abegging - a fact that will not be lost on the backroom team as they ready their charges for the decider.

Tipperary took a seven point lead into the interval and it was no more than they deserved. In fact, they could have doubled their advantage had they been more efficient in front of goal - ten wides left many Tipperary supporters wondering if those missed chances would be rued by game end. Galway, who had hit six wides of their own, were perhaps fortunate to be still within touching distance of The Premier County at the half way mark.

The foundations to the advantage were laid in the raising of green flags - Tipp got three of them in the first half and this was the basis of their seven point advantage 3-4 to 0-6, eventhough it stood at just seven scores to six.

Lyndon Fairbrother had the opening score of the tie with a pointed free in the 2nd minute but it was cancelled by Liam Forde of Galway in the 4th.

Then came a decisive score though - Cian Darcy netting for Tipp after a Paddy Cadell sideline pass through the defence and the Kilruane MacDonagh man was on hand to strike off the ground to the net for a 4th minute fillip.

Galway, who were deploying an extra defender had struck 4 wides in 9 minutes but they also added Evan Niland and Enda Fahy scores to keep them in touch. However, Tipp struck goal again, this time through Mark Kehoe after a centre from Jake Morris was broken down by Cian Darcy.

Darcy and Kehoe pointed for Tipp before Rian Doody swept the ball to the Galway net for a third Tipp goal - the Galway defence, despite the extra man, was struggling to contain Tipp. And, if Tipp had been more clinical in attack the margin could have been a lot greater - Cianan Fahy and Evan Niland managing two for Galway before the end of the half, while Rian Doody had one for Tipp.

Galway needed a big upping of the ante if they were to get back into the game. Tipp, on the other hand, just needed to continue doing what they had been doing. A steadying up in the attack would be necessary though because the defending champions would certainly come at them in the second half. They didn't get the chance to.

Two minutes later, the ball was in the Galway net again - Cian Darcy finishing brilliantly before Ger Browne had a sixth Tipp goal - that was Tipp's third goal in eight second half minutes and it was game over.

Galway, to their credit, battled all the way to the final whistle but such was the enormity of the deficit that anything they achieved was never going to be more than consolation. They had points from the likes of Cianan Fahy (2), Evan Niland (2), Ian O'Brien, Jack Canning and Ronan Murphy, but Tipperary too had continued to tag on the scores including a seventh goal from Cian Darcy - his third of the afternoon.

Tipp tagged on points too from Doody, Brian McGrath, Mark Kehoe who finished 1-4 for the afternoon, and sub Shane Neville.

It was a comprehensive victory then for Tipp who will take a lot of confidence with them into the final. However, they will know that there are areas where improvement is necessary, not least in the shot selection department. Nineteen scores was matched by thirteen wides and the coaches will be conscious of the need to be better in front of goal.

“We have a lot of guys with the killer instinct and who like to go for the chance when they get it. I like to see that in a good forward, if he gets a half chance I love to see the guy that looks for the black spot and who’s clinical and decisive in what he’s doing. And in fairness that’s been something we’ve worked on a lot in training, and that’s credit as well to Michael Bevans our coach and the work he has done with the whole panel,” Liam said.

On a very good afternoon for Tipp, the forward aces Cian Darcy, Rian Doody and Mark Kehoe were in sparkling form while in defence Jerome Cahill, Brian McGrath and Killian O'Dwyer were very prominent. Paddy Cadell and Ger Browne too were busy all the way through while Tipperary's sub made impacts when introduced to help keep the pressure on the starters.

“You learn a lot as a player and a manager from defeat. We were fortunate to get a second chance after losing to Waterford and we’ve come a hard road. That’s credit to the players as well, we only support them and put the things in place that give them the best chance to perform. They still have to go out and do it between the lines and I’m delighted that these lads are so honest and they’re buying into everything. I know it’s no guarantee of success. But we’ll give it a good lash and hopes that everything goes well.