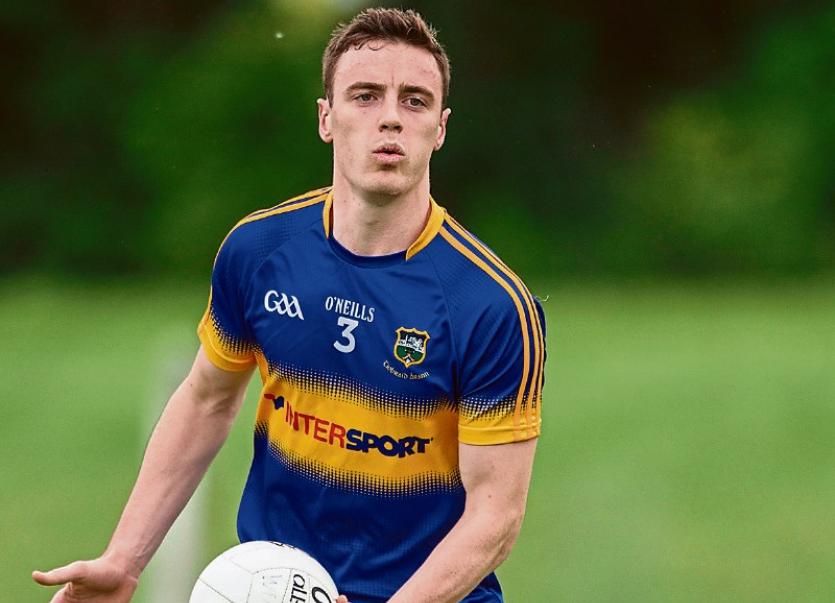 For one Tipperary player on Sunday next, the All-Ireland senior football semi-final against Mayo, throws up a strange scenario.

For ever-present Tipperary full-back Alan Campbell, the game will pitch him up, perhaps not alone against one of the present day’s very best in Aidan O’Shea, but also against a county he followed regularly down through the years as a young boy.

Alan’s father Tommie is a die-hard Mayo man, “an avid supporter” in his own words, but on Sunday, the whole Campbell clan, lock stock and smoking barrel, will be 100% behind Alan and Tipperary, naturally, as the county bid to reach their first All-Ireland senior final since 1920.

When I caught up with the very busy Dublin-based software engineer at Monroe on Saturday morning last, he was really looking forward to the huge challenge facing Tipp in ‘Croker’ on Sunday next. However, at the same time Alan is fully cognisant of the enormity of what lies ahead in trying to overcome Mayo.

The Moyle Rovers player made his first senior appearance for Tipp back in 2012 - in the National Football League against Sligo - in what was John Evans’ last game in charge of Tipperary.

“My senior debut for Tipp was actually John Evans’ last game in charge, funnily. He resigned after that. He seemed eager to bring me on and brought me on with about 72 minutes gone in the game (against Sligo in Markievicz Park) and it was for about the last 30 seconds but he threw me on anyway. He was gone after that then. But I played the next two games against Longford and Offaly and then in the championship against Kerry that year.

“The next game after Sligo was Longford and I played at wing-forward - that was a strange one for me -and then Peter Creedon took over and I was corner-back or wing-back against Offaly in the last league game in Clonmel. And then it was in to Kerry in the Munster semi-final,” recalled Alan.

But to more recent events, I suggested to Alan that the Galway game wasn’t the perfect performance that some would now have you believe and that the Tipp defence was fortunate at times early on that day.

“I think we were lucky in the first half. They created two if not three goal chances that they squandered so it is something we’ve had to work on. No game is perfect. And we still have plenty to work on after the Galway game. Mayo have, five, six, seven, eight or nine players that are well able to score and all six forwards are very good. And you can’t concentrate on one lad and try to nullify him because another lad will step up in his place. And even in their backs they have the likes of Lee Keegan (a three-times All-Star) who scored two points the last day, and off the bench as well they are strong. So we will have to battle on all fronts and try to keep them down and not concede much because we won’t get away with much at all against a team like Mayo who are very clinical,” added Alan.

I put it to Alan - who incidentally rates Jamie Clarke of Armagh the most difficult forward he has come up against in his career to date - as what would be needed of Tipp to have a chance of getting to the final.

“We simply have to perform to our best. I think it has only happened a few times this year that we have. In the league a lot of the time we didn’t play at all well but we knew there was so much more in us and some days we just didn’t show up. But if we can get the performance that we know we have in us I feel confident that we can win this game.

“But Mayo are a serious outfit and we are going to need to be at 100% to have any chance. Every aspect is so important. We will have to concede very little and keep their goal chances to a minimum and also convert our own chances. We only had 30% success rate in shooting against Galway which isn’t anywhere near good enough so we are going to have to be a lot more clinical and also minimise their chances on the day,” added Alan, who admitted that he never played minor with Tipp, having to wait until his last year at under-21 to attract the attention of John Evans.

This confidence that seems to be present in the side of late, where and when did the team start believing in themselves as a top team?, I asked.

“There was always a confidence there. I don’t think we had realised our potential for the past few years. We used to be last 12 but we just couldn’t get over that step so it was nice to finally breach that this year and get to an All-Ireland quarter-final and we managed to win that as well. Yes, we have confidence and we have self-belief and that if we perform, it will take a good team to stop us. But, having said that, Mayo are a very good team. They are veterans of All-Ireland semi-finals at this stage. It is nothing new to them while it is to us. But we cannot let the occasion get to us. We will have to be focused on the day and do the basics right and hopefully it will all come together,” added Alan.

Alan has now served under three Tipperary managers at senior level - John Evans, Peter Creedon and now Liams Kearns, so I wondered what was it this year that had given Tipperary that extra impetus.

“I suppose the work started back seven or eight years ago for this group of players. John Evans did serious work; he raised the profile of Tipperary football and got the lads up to Division 2. And then Peter Creedon came on board and did something else and got us going in championship and brought us to the last 12 twice. Liam Kearns has just added that extra little bit. It didn’t take too much it, just a few tweaks and improve a few areas and getting more out of the group that was always there, it was just getting that bit more. And luckily it has brought us to the next stage.

And as for the possibility that he could end up man-to-man on one of the best forwards around in Aidan O’Shea? Would it be something he relished or feared?

“Yes, certainly, everyone wants to play against the best players and Aidan O’Shea would be regarded as being one of the best players in the country. There is no point in fearing these lads you have to pitch yourself against the best. You are in an All-Ireland semi-final so you expect the highest quality of players. We are looking forward to the challenge.

“But if it is not Aidan O’Shea there are plenty more high quality players that Mayo have so I think all 15 players who go out and even the subs who come on are going to be marking top quality players, All-Stars and so forth. But we are all relishing the opportunity to show our own qualities at this stage,” concluded Alan. 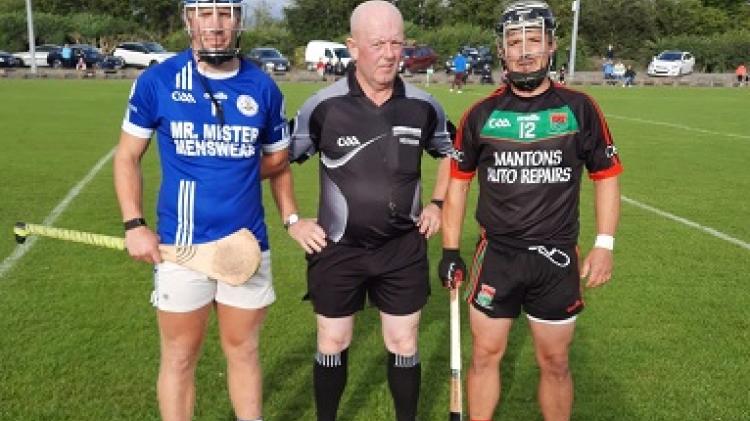