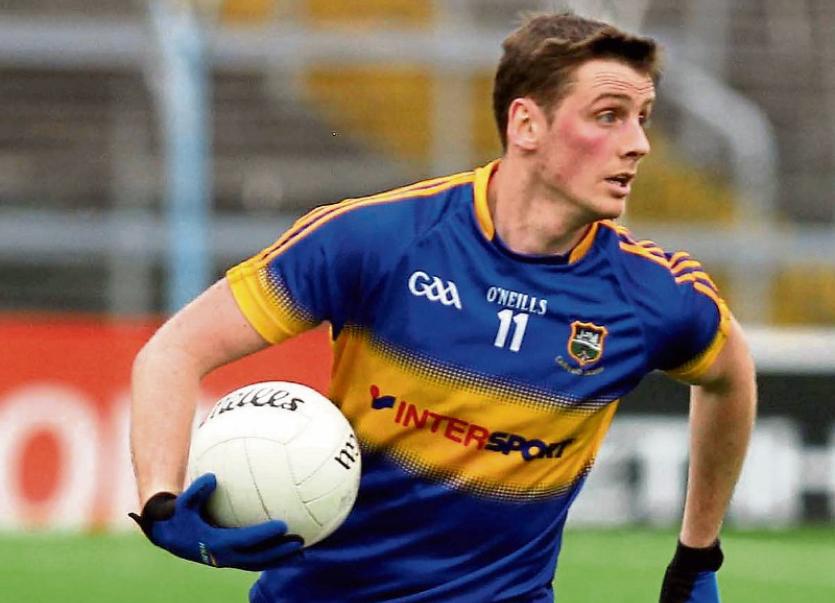 Tipperary attacker Conor Sweeney has been getting much attention of late thanks to his scoring exploits en-route to the All-Ireland senior football semi-final, writes Noel Dundon.

The Ballyporeen man has been well used to watching the All-Ireland quarters, semi's and finals on TV, but as he sat down to watch Mayo against Tyrone a few weeks ago, he had an entirely different type of agenda.

“It was something new to be looking at a quarter final and watching opposition for the semi-final. I was very impressed with Mayo and having watched them on TV for many years, we know that they are very fine team. I'm really looking forward to playing against them now and we'll be working hard on them this week and trying to break them down before the game,” he said.

Admitting that Tipperary 'totally underperformed' in the Munster Final against Kerry, Conor is delighted that the players are now getting the chance to show what they can do against top flight teams.

“We took a lot of confidence from the Cork game because we had taken a lot of different hits during the year. We let ourselves down against Kerry but then we haven't looked back since the Derry game and now we find ourselves in an All-Ireland semi-final.

“Whatever about Sunday, our aim has to be to get back to the provincial final next year - that must be our goal because it is from there that we can really make progress. If you asked me now what my aim would be, it would be to get back into the Munster Final in 2017,” he says.

So what has been the difference between Tipperary this year and in other years and can the players continue to create that difference?

“Well, our confidence has been sky high over the last few years but this year we have added a bit of experience to it. We are learning all the time and the intensity of our play has been sky high too, particularly against Galway and if we can match that again, we'll see where it takes us.

“We are probably not a better team than this time last year because we have lost a few quality players. But a combination of factors has brought us to this stage and probably not just one thing alone. A lot has worked out for us and has come together at the right time,” Conor says.

With his partnership alongside full forward Michael Quinlivan reaping rewards for Tipp, Conor is thrilled that plenty of ball is coming the way of both - even if Quinlivan does tend to wander outfield to relieve pressure.

He was also delighted to be on the receiving end of plenty of one-on-one scenarios against Galway and would love something similar to materialise against Mayo.

“It took us a while to settle against Galway and get used to the surrounds of Croke Park, but once we did we took off. I don't think that will be a factor for the semi-final now - we have that out of our system.

“The lads were kicking in a few long balls against Galway because it was working out. They were getting the ball in as quickly as possible and that could be an option again on Sunday. We would love those one-on-one situations or even a two-on-two because that gives you a real chance. We know Mayo will play football and it could make for a really open game. That's what we would like anyway,” he says.

It's probably what all football fans would like too but ultimately it is all about getting over the winning line and getting into the All-Ireland Football Final - the hurlers got there last week in a game which was regarded as not being easy of the eye. Does it matter now? Not at all. It's all about getting there.

Let's hope the Tipp footballers get there too - should they manage to, it will be quite a fairytale.