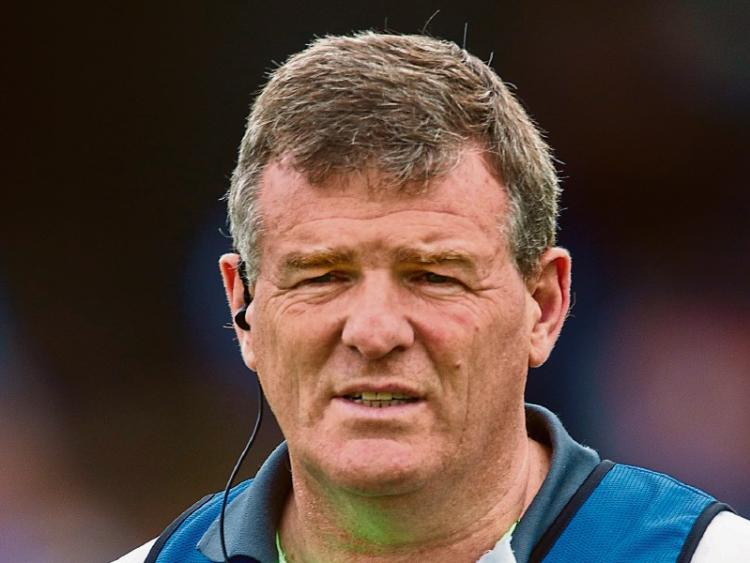 There’s a giddiness about Liam Kearns these days as he contemplates his Tipperary charges reaching the All-Ireland senior football semi-final for the first time in over eight decades.

The giddiness comes, not perhaps from a sense of over-achievement at this stage, but from the opportunity presented to tackle one of the super-powers of football - a Mayo side in their sixth consecutive All-Ireland semi-final.

“Mayo will be hugely fancied to win the game because they are very experienced and tactically are very good. I thought they really stood up against Tyrone with their big men, the O’Shea’s and Cillian O’Connor really doing the business. It was a game of chess between them and Tyrone and they adapted their style to suit. They are improving as the season progresses and would seem to be timing their run to perfection,” said Liam at a recent press evening in the Horse and Jockey Hotel.

However, from a Tipperary perspective things are falling into place as well. For the first time all season, all players in the squad are available for selection with Ian Fahey and Shane O’Connell coming back into the fray having overcome injury. So, Tipp are in a better position than ever, one would assume and yet they are given little chance of making it to the All-Ireland Final.

“As far as we are concerned it is probably fair comment to say that Mayo will likely sail into the All-Ireland Final. We are a Division 3 team and have come from nowhere to be in the semi-final. But, it was the same for us against Cork, Derry and Galway. We were underdogs in all of those games but we are happy enough with that. We don’t see any problem with that at all.

“We are not confident of winning. We are confident that we can perform and that we are an improving team and we’ll find out if we are good enough on Sunday. Our mantra all year has been to produce our best performance and if we do that against Mayo on Sunday, we’ll be very happy. Whether that will be good enough to win, we’ll see,” the Kerryman said.

Fielding questions about Tipperary’s progress during the course of the season, Liam points to the emergence of players of the calibre of Josh Keane, Jimmy Feehan and Colm O’Shaughnessy as being crucial to the progress made. Those guys and others -Bill Maher can be thrown into the mix also - have linked up very well with the established leaders such as Philip Austin, Peter Acheson, George Hannigan and Brian Fox to create a very strong bond and one which is cementing very solid foundations for Tipperary football for the future.

Right now though, the future is all about Sunday and while this stage might be all new to Tipperary and there is a very definite air of excitement about, the hard work continues as usual in terms of physical and mental preparation.

Although there is no history or baggage when it comes to playing this Mayo side, T ipperary have plenty to go on when it comes to them and the backroom team led by Tommy Toomey have been undertaking considerable video analysis to try and find chinks in their set-up. Tipp have not even played the Mayo lads in a challenge game in recent times, so it makes for an entirely fresh challenge for Tipperary to be taking on Mayo, who up until their defeat to Galway this year had won the Connacht title for five years in a row.

This year, both sides are the defeated provincial finalists but going on the basis that Galway beat Mayo in their decider and then Tipp beat Galway, it should point to a Tipperary victory, right? Not necessarily so as everyone involved in sport will testify.

“I don't think Mayo were where they wanted to be for the provincial final. They have found their rhythm now and they will bring a huge challenge on Sunday. They are very experienced at this stage of the championship and that counts for a lot. I don’t think the stage will be a big thing for our lads. We played good football in the quarter-final and I was confident that we would perform. We are capable of running up big scores in all our games and we could have scored a lot more than we did too. 3-13 in football is good enough, but we missed 70% of our chances and that will not be good enough against the likes of Mayo. That’s what we have to work on and improve on and we know that they will bring a lot of intensity and put us under a lot of pressure from the off. We need to up our intensity in order to stay in the contest. We know that and that is the big challenge for us. But, our players have a lot of belief in themselves and a lot of ambition too, which is tremendous,” added Liam.

Tipperary have been on a very steep learning curve this season and the graph has been on an upward spiral. Defeat in the Munster Final against Kerry was taken on the chin, analysed and many salient points digested.

However, the Manager points to the three week break after that game as having been crucial to Tipperary's rehabilitation process - of the three provincial runners-up, Tipp had the longest break. They had come from the high of the victory over Cork, to the deflation of not having performed in the Munster final against Kerry in Killarney. The wind had been removed from the sails and it took a bit of time to restore the puff. Had Tipperary been down to tackle Derry six days or even two weeks after the Munster final, it could have been a different result. But, with the three week gap, the players were able to refocus and recalibrate in advance of the qualifier run which yielded those victories over Derry and Galway en-route to Sunday's semi-final with Mayo.

The winning streak has meant that defender Jimmy Feehan (Killenaule) has had to postpone a work placement stint in New Zealand week on week - should Tipp get to the All-Ireland, he won't head for the airport until well into September. Should Mayo give Tipp the ‘knock’ he’ll be on his way next week.

The Tipp players are really enjoying their season - that’s what success does. They have even been allowed to let their hair down and drink-in the sweet taste of success after those pulsating games. It is something that the manager encourages as he finds that it leads to greater cameraderie between the players and management as well.

“We don’t want the fun to go out of the whole thing. You have to enjoy it because if you don’t, why are we doing it,” he says.

Having Michael Quinlivan named as the Opel Footballer of the Month for July just goes to show how far Tipperary have come this season, but a longer journey on the championship road, comes more opportunity for analysis and scrutinyy. No doubt Mayo will be trawling the video clips to try and breakdown Tipperary’s style of play, off-the-cuff though it may be. And, no doubt all the experts will be pin-pointing where the frailties exist and how Mayo will exploit the Premier outfit.

But, it is new to the Tipp footballers and how they handle the attention will be key to how they perform on Sunday - midfielder George Hannigan spoke of having attended the Mayo vs Tyrone quarter final game in Croke Park without being recognised by anybody.

“We are focusing now on getting the players to concentrate on the Mayo game and to forget all that has happened over the last few weeks. We want them to be relaxed and be in the right frame of mind for the game. The hype after the Galway game has increased a bit and we are little more guarded alright, but come Sunday afternoon, we’ll be ready for the challenge and are looking forward to it”, concluded the first-year Tipperary football manager.