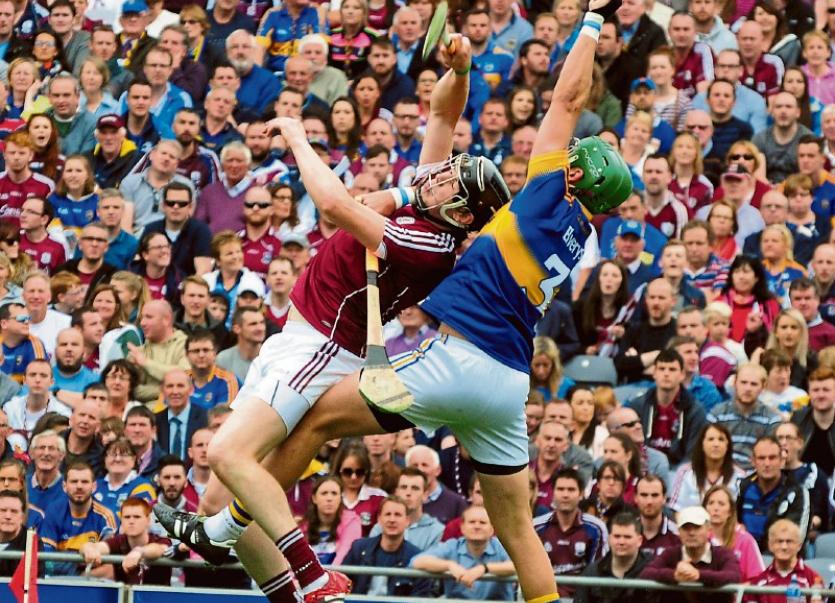 U2 belted out 'It's a Beautiful Day' in Croker on Sunday, and you know what, it was hard to argue with them.

The margins of victory in the minor and senior ties against Galway were poles apart, but the significance of both were telling indeed.

Liam Cahill's minors led the way with great aplomb banging in seven goals in the process against a very fancied Galway side. All season long, Cahill's men have bucked the bookies odds and so it was again on Sunday as they carved open Galway with relative ease. What a performance and it now sets up a repeat of the Munster Final against Limerick - a game which Tipperary won by an even bigger margin than Sunday's five goals.

Unusually for this side, Tipp will probably go in as favourites for the first time all season - let's see how they handle that tag. The thing is, despite the great win, Tipp have plenty to work on. This is not a finished produce by any means and the management team will be impressing upon the players, the need to work hard, keep the heads down and concentrate on Limerick - Anthony Daly was keeping a very close eye on proceedings on Sunday, but his eye initially may have been on Galway rather than Tipp. His other eye could well be distracted too by the Limerick senior job with a prominent Tipp man being tipped to join in should the call go his way. It will be a case of watch this space for more news.

The senior victory once again highlghted the maturity that Tipperary are displaying these days. Even when the bodyblows rained in, in the form of those Cooney goals, Tipperary didn't panic and remained focused on the finish line. When the race neared the end, Tipp were a point to the good and unlike last year, they stayed in front.

This was a very welcome victory for Tipp and the manner of it tells us that they will be ready for the latest 'Catfight' on Sept. 4th. They played with brawn and brains and there was always the feeling that goals would materialise at some stage, despite the fact that Galway were coping with the Tipp attack for much of the game.

John O'Dwyer certainly added impetus and urgency when he came on but the warriors who battled as if their lives depended on it need to be acknowledged - Bonner Maher, Dan McCormack, Michael Breen, Ronan Maher and others at different stages.

This win was a significant one from a Tipp perspective and with much improvement still within reach, the expectation is that Tipp will be going gung-ho for Kilkenny in a few weeks time.

If you had been told in advance of throw-in that Seamus Callanan would fail to score from play, you would have predicted a Galway victory, probably. But, that's how it panned out and once again the collective proved better than the individual as Tipp had eight scorers, against six for Galway - six points came from outside Tipperary's forwards, whereas only one point came from outside Galway's.

There's plenty of fire in Tipp - Padraic Maher's shoulder on Joe Canning proved it and the battling qualities displayed throughout the pitch confirm it. Michael Cahill and Ronan Maher played big roles - Seamus Kennedy too. Brendan Maher has had better outings but still got through a lot of work, while Michael Breen is reminiscent of another Michael in his prime - Fennelly that is. He'll be a big loss for the Cats in the final.

To win an All-Ireland, Tipp will have beaten Cork, Limerick, Waterford, Galway and Kilkenny - a soft auld title alright!

Elsewhere, the Cats used up another one of their lives - how many can be left at this stage? You'd be very sorry for Waterford though and Padraic O'Mahony is particular. They need to continue the learning process - Austin Gleeson is an outstanding hurler, but he can be rash in the challenge and tends to give away unnecessary frees.

On the free subject, one wonders how many more referees are going to be taken by this high tackle lark on Kilkenny's Richie Hogan. Pint sized he may be, but he is ducking his head into tackles and forcing referees into giving frees. It happened often in the Waterford games with the referees giving frees and sometimes yellow cards for the tackles. Come on refs - don't be fooled by the move anymore. You are actually allowed to tackle Richie Hogan you know.

All good wishes go with the Tipp footballers again on Sunday when they tackle Mayo in the All-Ireland semi-final. Go at them from the start and don't let up. That's the advice. Easy as that.