Tipp football heroes look to the future after proud performance 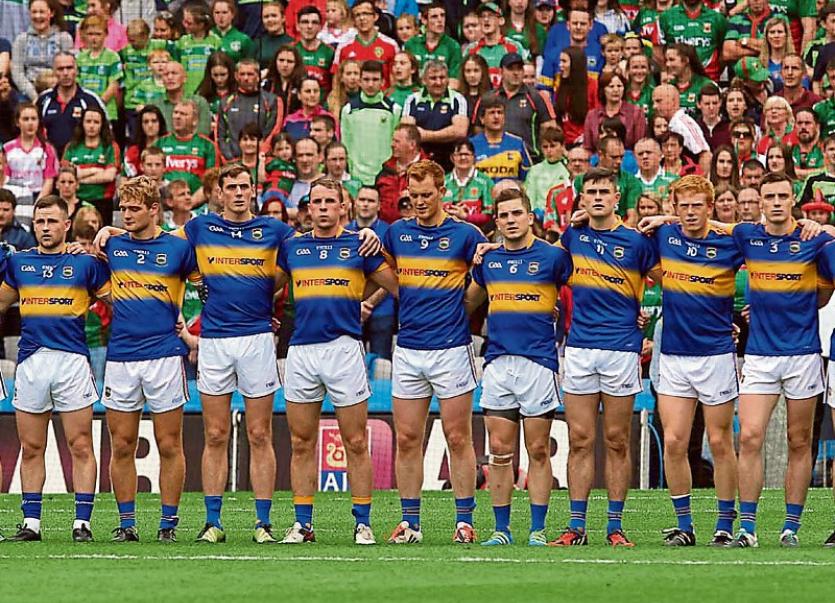 Tipperary senior footballer Conor Sweeney has issued a call to arms to all those who can make a contribution to The Premier County, to put the shoulder to the wheel and declare for the code.

With a theme of looking forward very much on the minds of the players in the wake of their championship exit at the hands of Mayo on Sunday, the comments of the Ballyporeen man were most telling.

“If ever there was an incentive for players to come to us, it was with what we achieved this year. Lads will have to make up their own minds and we have an open door. We need everyone we can get and we will be starting from scratch again,” Sweeney said this week.

Tipperary have looked mighty comfortable in Croke Park and they took great solace from Manager Liam Kearns telling them afetrwards that this was their setting, their place.

“Liam told us how proud of us he was and to hold our heads up high. We felt at home here in Croke Park. We liked the stadium and the grounds and we loved playing in front of the crowd. Today, it was a poor result but it was still an enjoyable day and the kind of games we want to be playing in,” Conor said.

As for the manager himself? “My view is that Tipperary can aspire to coming back to this level on a regular basis providing we get total commitment. There are a lot of good footballers in Tipperary who were not available, so we need to get our set-up right in the county. You would have to sit down with the Football Board and the County Board to discuss it - there are loads of things that I could say here, but this is not the forum for it.

“We didn't try to change the face of football - we tried to play it the way it should be played. I think we deserve a lot of credit for that. These boys have been very comfortable in Croke Park and have not let themselves down in the quarter or semi-final, playing the Connacht champions and playing a team which has been in six semi-finals in a row.

“We found it easier to play division one teams and were more confortable playing them because we were able to play more football. We have no problem playing against them - we played Cork, Kerry, Derry, Galway and now Mayo and we didn't feel inferior to any of them and put it up to them. I'll leave it up to others to judge whether there is a gulf there. Personally, I don't think that is the case,” Liam said. See pages 70/71 for more