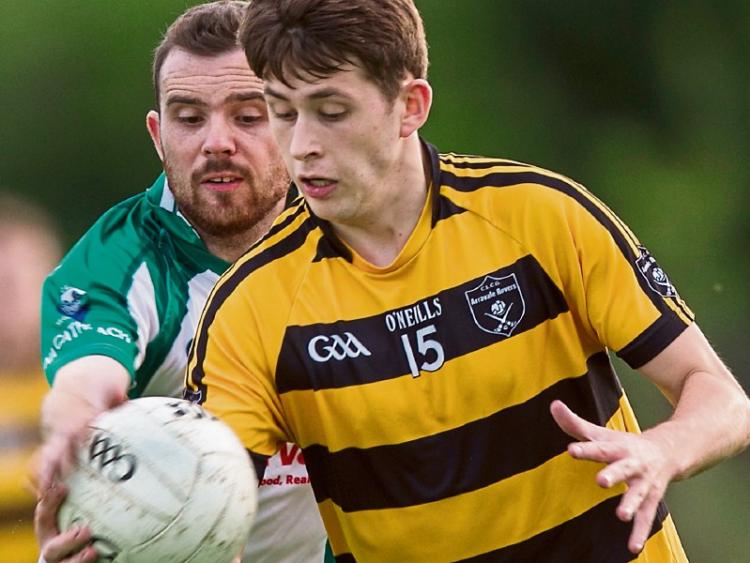 Arravale Rovers were victorious in a winners take all Group 1 game in Cashel on Wednesday evening. They now face a County preliminary Quarter final.

Even though finishing on level points with Kilsheelan, they failed to top the group on score difference.

Both teams were short marque players and the young Cahir side must now look to Divisional success to advance in the County Championship. It will also be a concern for their management though, that they could only get three points from play over the hour.

Cahir hit the ground running and ace free taker Johnny McMahon pointed a free almost from the throw in and Shane Murphy pointed from play before the Rovers opened their account.

Rovers were never headed from here to the end.

Johnny McMahon from a free reduced the lead but Bryan Lowry added two further points points. Again Shane Murphy and Mikie O’Dwyer swopped points to leave Cahir trailing 0-4 to 1-4 at the end of the first quarter.

The second quarter was a tame affair. Dean Lonergan and Conor Cashman came into the game around midfield and Arravale Rrovers found it more difficult to win the breaks.

Brian Enright saved a pile driver from Shane Leahy. Then a Johnny McMahon point left only two between the sides before Pearse Richardson set up Bryan Lowry for a point.

Dean Lonergan brought the Cahir supporters to their feet with a marvellous solo effort,after winning a kickout he soloed through the Rovers defense and pointed to bring the Cahir tally to 0-6.

Then Brendan Donaghy was disposessed by Darren Lowry and he set up Mikie O’Dwyer , who was fouled, and Lowry pointed the free. Just before the short whistle Bryan Lowry added another pointed free to leave Arravale Rovers ahead 1-7 to 0-6 at the break. The first half was a close affair and ultimately the goal was the difference between the sides.

As in the first half Cahir were quickest out of the traps in the second and two early pointed frees put only the minimum between the sides. However instead of kicking on, it was Rovers that tagged on three unanswered points, to lead 1-10 to 0-8 after 40 minutes.

Cahir substitute Ian Flannery then pointed but Arravale led 1-12 to 0-9 at the end of the third quarter.

Johnny McMahon added points from frees to bring Cahir’s tally to 0-11 with ten minutes remaining and Cahir emptied their bench during this period.

James Mc Grath was then denied a certain goal by the excellent Nicky Cummins. This score might have revived Cahir’s hopes. But it was the Rovers that raised the green flag with a well taken Shane Leahy goal that sealed the issue for the Westmen.

It was a disappointing result for Cahir that showed much early promise. Their youth and loss of key players contributed.