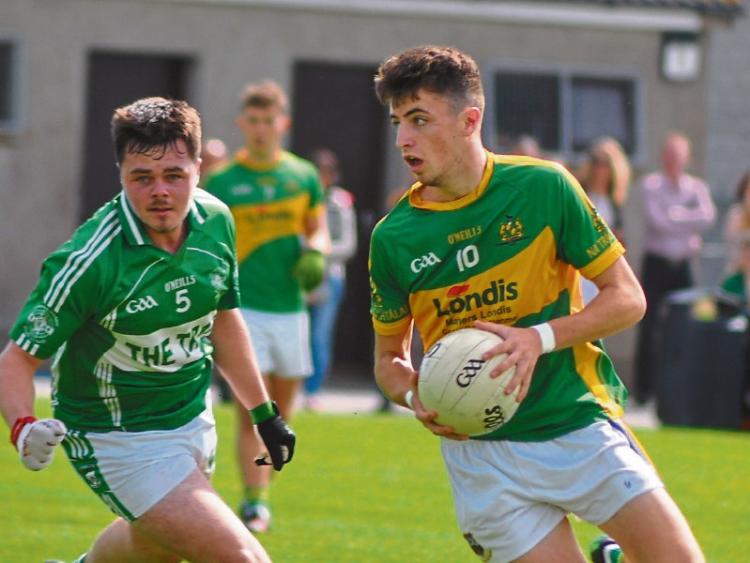 Clonmel Commercials made another piece of history last weekend in Monroe when their Minor team made it seven South Championship title wins in a row defeating Grangemockler-Ballyneale by seven points.

Goal-poacher supreme Sean Kennedy was the difference between the sides as his three second-half goals paved the way to victory.

Offering himself as a constant target at the edge of the square, Kennedy produced the goods when it mattered most, preventing Grangemockler any opportunity to mount a serious second-half come-back.

Commercials scored the first four points of the game through Ryan Lambe, Kyle Farrell, Oisin Napier and Michael Murphy as the Grangemockler men, appearing in their club's first Minor A final in 34 years, took some time to settle, Manus McFadden eventually making his mark just shy of the first quarter.

John Lyons added two more points for Grangemockler to reduce the deficit to a single point as Commercials went through a 20 minute period in the first half without registering a score of any kind.

The excellent Lyons blocked the route to goal on several occasions in the first half but the guile of Commercials forward Ryan Lambe and the pace and power of first half substitute Conor O’Sullivan stretched the Grangemockler defence in different directions, and finally, beyond breaking point.

In first-half injury time Aiden Tobin’s kick-out was won in midfield and when Lambe's movement opened up space, O’Sullivan arrived on cue to blast past David Power to give Commercials a five-point cushion at the interval.

Grangemockler introduced forward Mikie Lyons after the break but it was Kennedy who registered the first score. Ryan Lambe's high effort dropped short of the target but Kennedy reacted quickest to stoop low and punch the ball to the net.

Incredibly with the second half still, just three minutes old Commercials scored another goal. Yet again a high effort looked to be heading harmlessly wide but Oisin Napier managed to keep the ball in play and when the loose ball fell to Kennedy he had the composure to pick out Ryan Lambe who finished confidently past the hapless Power.

John Lyons and Manus McFadden, who performed brilliantly throughout, reduced the deficit with a point apiece, but they were thwarted with replies from Conal Kennedy and Conor McGeever as they each registered their first scores of the game.

With the lead now nine points, and gaps beginning to appear as players tired, Commercials turned the screw and ended the game as a contest. Sean Kennedy intercepted a David Power clearance to raise his second green flag of the day, and within a minute Niall Hoctor raced clear to set up Kennedy for an easy third.

John Lyons pulled a goal back from the penalty spot with five minutes remaining and Grangemockler finished strongly hitting 1-05 without reply but Commercials had plenty in reserve and they advance to the county series.