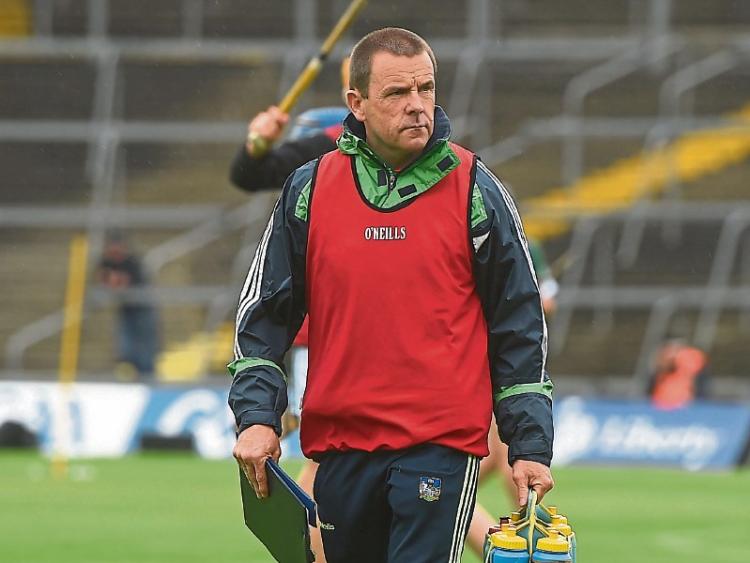 First a public service announcement: supporters of Tipp hurling are hereby put on notice that the Limerick minor team mean business; contrary to what some might think the Shannonsiders do not intend to turn up at Croke Park, Dublin and play the willing victim.

The Limerick management team is led by manager Pat Donnelly (South Liberties) who works alongside selectors Brian Foley (Adare) and John Mulqueen (Bruff) while Clarecastle’s Anthony Daly coaches the side.

These are proper hurling men, serious people who know what they are at and will enter the final (throw-in 1.15pm) on Sunday with an intention to win it. And, of course, there is nothing Limerick love more than being written off and ignored.

Limerick launched their campaign with impressive wins over Clare (2-11 to 1-8) and Waterford (0-19 to 0-17) before falling asunder in the Munster final - at Páirc na nGael Pat Donnelly’s talented side lost by seventeen points (0-10 to 1-24) to Tipperary. Limerick managed just six points from play and were reduced to fourteen players when Brian Nash was dismissed.

Pat Donnelly admits that his players suffered from a little stage fright on the day, but, conversely, he now hopes that the experience will stand to the Limerick players; that it could be the making of them.

“What we are hoping for is that we perform in the All-Ireland final contrary to what happened in the Munster final when we didn't perform; that hit us badly because we didn't see it coming.

“So, our main aim is to give it what we have on All-Ireland final day and then if we are good enough, we are good enough and if we're then we're not. That's it, plain and simple,” a sincere and engaging Pat Donnelly told the Tipperary Star.

When 2015 manager Leo O’Connor stepped down as manager South Liberties’ Pat Donnelly made the step up from selector and now he simple hopes that the Limerick lads can do justice to their talent at Croke Park.

“Without a doubt - that goes without saying in every match,” Pat Donnelly agreed.

“We had been doing things right. In the Waterford game things had gone well.

“We were on a high and maybe we just fell flat. It was hard to put a finger on it.

“You can look at all the excuses in the world, but we didn't perform and you won't win when you don't perform,” Pat Donnelly added.

Following the Munster final manager Pat Donnelly and his management team set about their vital work; they needed to get the Limerick lads moving forward, fast.

The scars from deep emotional wounds, however, soon melt away in the presence of the tiniest little flame of hope. And, Pat Donnelly worked to fan those flames.

Every aspect of the Limerick performance against Tipperary was broken down, examined and then solutions proposed to problems.

Limerick focused on their processes and prepared for an All-Ireland quarter-final.

How do you eat an elephant? Answer: one bite at a time.

“Immediately you have to try to get them back to where you want them,” Pat Donnelly explained.

“We knew we were still in the championship and our work started straight away.

“If we had played well and been beaten maybe you would have treated it differently, but the way it happened was like a bolt out of the blue. We couldn't understand it and we couldn't figure it out.

“We did say to them, look lads this is what we have been doing. Did we do that in the Munster final? No. Why didn't we do it?

“You go through the process with them about what you have been doing well and why did it not happen. We looked at ourselves - did we over-think things, did we under-think things? You have to point the finger back. This is what went wrong - we didn't do this or we didn't do that.

“We just analysed what happened and the processes involved in why we didn't play well - we didn't do the things we had been training to do.”

Limerick went about their work enthusiastically, got ready for the All-Ireland quarter-final clash with Wexford and won with eight to spare (0-17 to 0-9). And, next up were a highly-rated Dublin team in the last four - Limerick scooted home off the back of a six-point margin in that one (1-18 to 0-15).

Whatever about beating Dublin it was the victory over Wexford which got Pat Donnelly and his men back on the road. The entire group made a promise to one another before that contest and honoured it: they owed themselves a performance following the heavy defeat suffered at the hands of Tipperary and were determined to honour their talent with a positive display.

“We owed ourselves that performance after what happened in the Munster final - we owed it to ourselves to hurl the way we wanted to hurl. I always say that if you do that and you don't win then you are beaten by a better team. If you win then you have done what you wanted to do. There are no guarantees, of course,” Pat Donnelly added.

Limerick’s semi-final performance was impressive. Dublin entered that contest as Leinster champions, but the Shannonsiders strode around Croke Park like they had paid its mortgage and raced into a 1-6 to 0-1 lead after just twenty minutes - Cian Magnier-Flynn’s 13th minute goal was a crucial intervention.

And, Pat Donnelly was thrilled with the positive start made by his players; memories of the Munster final long forgotten.

“Without a doubt - that's what you pray for, playing well and attacking the ball. We were delighted,” Pat Donnelly explained.

For the Shannonsiders a defensive structure, which featured Ciarán O’Connor as a sweeper, presented Limerick with an attacking platform. Pat Donnelly’s men took control and led by nine at the break. Game over.

Limerick have not won a minor All-Ireland hurling title since 1984, but they are a coming force.

The Shannonsiders won the Munster minor final in 2013 and 2014, but lost the 2015 and 2016 provincial deciders to Tipperary - never before had the county competed in four provincial finals in-a-row.

So, here we are with Limerick on the cusp on a first minor hurling All-Ireland title since 1984 and a fourth in all. And, over them we find Pat Donnelly, who was a member of that victorious panel of players thirty-two years ago.

“At the time I didn't appreciate it and it took me years to appreciate being involved in it,” Pat Donnelly explained before his thoughts turned to the threat posed by Tipperary in Sunday’s All-Ireland final.

“Tipp are a good team, there is no doubt about it,” Pat Donnelly added.

“They will be the favourites and I am not just saying that in a patronising way. They are obviously going to be favourites - they were in the All-Ireland final last year and they beat the All-Ireland champions. But, again, we have to think of ourselves.

“It is the only way to look at it. You have to be wary of the threat that they (the opposition) will bring, but you can't hang yourself up on it.”